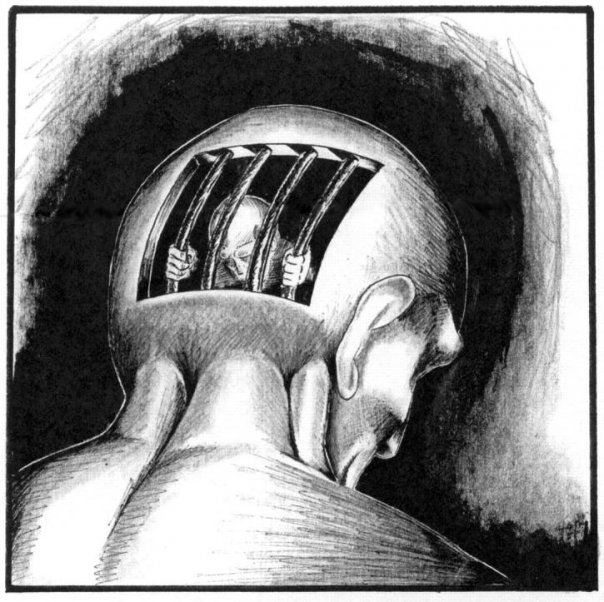 The high walls of prison complexes don’t just keep prisoners in; they keep the public out. That’s nowhere more true than in long-term solitary confinement – prisons within prisons – where people can spend years alone and forgotten.

The ACLU, Human Rights Watch, and Rights For Imprisoned People with Psychiatric Disabilities, have long organized against solitary confinement, often euphemized by administrators as “segregation” or “the special housing unit” but known to prisoners as “the box” or “the hole.” Thanks to one ACLU lawsuit, it is now illegal in Indiana to keep mentally ill prisoners in extreme isolation.

In Ohio in 2007, approximately 1 in 25 prisoners lived in isolation at any one time. It’s not known how many people live in isolation at some point during their sentence. Some 25,000 U.S. prisoners are isolated at “supermax prisons,” with another 50-80,000 at other prisons, according to Gawande’s article.

Swain detailed the conditions: Insects swarmed around lighting fixtures. Tube-lighting was never shut off.  Soap and toilet paper were sometimes lacking. Prisoners used bedsheets as towels. And as the CIIC confirmed, prisons have begun to double-bunk solitary cells due to overcrowding. Prisoners can now spend 23 hours a day with another person, in a cell designed for single occupancy.

The article also looks at why the mentally ill end up in isolation, “in spite of the known mental-health deterioration stemming from long-term isolation.” As one expert explained to me, “Their behavior is destined to deteriorate under those conditions. Then their poor behavior is used to justify why they should be there.”

Read the article at the International Network of Street Newspapers. It appeared in Cincinnati’s Streetvibes, published by the local Coalition for the Homeless.

Where is international outcry for jailed Bahraini opposition leader?

The nitty-gritty of solitary confinement