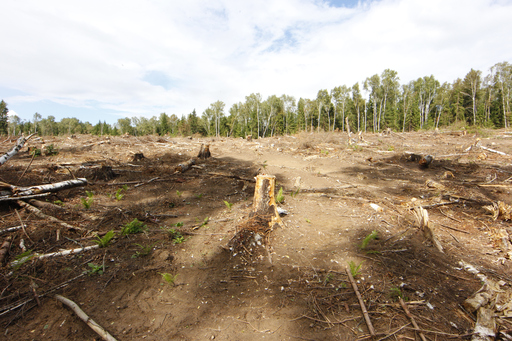 A long running battle over the construction of a highway through Moscow’s Khimki forest has taken a surprising turn. Earlier this week I wrote about the broad based campaign to save one of Moscow’s few remaining green belts and old growth oak forests. Environmentalists and activists have been working since 2007 to halt the construction of a highway through the 2,500-acre forest, which many viewed as inevitable. Just a couple of weeks ago, one of the organizers, Yevgenia Chirikova, told the Washington Post that, “The next step is probably that they will start building. We are ready. It is going to be very loud.”

For the moment, however, the highway construction has been put on hold. In a video blog posted Thursday, Russian President Dmitri Medvedev ordered the government to, “halt the implementation” of the highway pending “further civic and expert discussions.” It is a rare victory for environmentalists or opposition activists of any kind in Russia. Perhaps not since Vladimir Putin’s 2006 decision to reroute an oil pipeline that would have come dangerously close to Lake Baikal—a national treasure and a UNESCO world heritage site—has the administration responded so forcefully to public protest.

“This has flabbergasted us. It was completely unexpected,” Sergei Ageyev, a member of the environmental group leading the opposition to the highway, told the New York Times. “It is simply a stunning victory for civil society.”

Some are also speculating that it reveals a deeper split between Russia’s President and Prime Minister. “It’s another step that destroys the myth of the all-powerful Putin,” Stanislav Belkovsky, a founder of the Moscow-based National Strategy Institute, told Bloomberg.

However, Putin is already spinning the Kremlin’s decision as entirely consistent. From the Russian Far East, where the Prime Minister was touting the opening of another roadway, the Chita-Khabarovsk highway, he said, “This is entirely consistent with the logic of our behavior and actions in recent years.”

And in a sense it is. If a local issue threatens to spin out of control and undermine the authority of the state the Kremlin will respond. Last year, in the midst of the financial crisis, Putin flew by helicopter to the beleaguered town of Pikalyovo to scold local politicians and businessmen. He forced them to pay workers back wages and turned the town’s woes into a publicity stunt. It looked good on television but of course did little to change things nation wide. It was damage control.

In the case of Khimki, Reuters summed up the strategy well:

Medvedev’s order looked like carefully orchestrated damage control by Russia’s leaders before a parliamentary election next year and a 2012 presidential ballot.

Nonetheless the decision is a victory for environmentalists. And, in a sense, a political victory too. The question now is whether they can build on their success and turn the Khimki campaign into a broader civic and political movement.

A rare victory for the environment and civil society in Russia