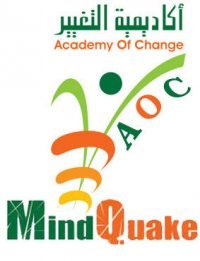 Last week, Reuters ran the most in-depth piece that I’ve seen on the Academy of Change, a Qatar-based organization set up by Egyptian expats that publishes materials on nonviolent strategy and tactics in Arabic – inspired by the writings of Gene Sharp and Otpor, the student-led movement that helped bring down Slobodan Milosevic in 2000 – and traveled to Egypt to train activists on the ground during the run up to the uprising that toppled Mubarak in February.

The seed of the organization came from a website started in 2004 by Hisham Morsy, a physician, Wael Adel, a civil engineer and Adel’s cousin Ahmed, a chemist, who were all living in London at the time, to promote civil disobedience in Arabic:

At first, the three young Egyptians’ activities were purely theoretical. But in November 2005, Wael Adel came to Cairo to give a three-day training session on civil disobedience. In the audience were about 30 members of Kefaya, an anti-Mubarak protest group whose name means “enough” in Arabic.

Saad Bahaar, a Cairo-based computer engineer was also at that meeting, and he soon joined the Egyptian trio as a trainer. The group over time morphed into the Academy of Change and moved to Qatar to continue their activities.

The Academy became a window for Egypt’s activists into civil disobedience movements outside the Arab world. To disseminate the new methods of resistance, it wrote books about nonviolent activism with a focus on the Arab world: “Civil Disobedience,” “Nonviolent War the 3rd Choice” and “AOC MindQuake” that were published in 2007.

A year later the Academy published “Shields to Protect Against Fear”, a manual on techniques to protect one’s body against attacks by security services during a protest.

According to the group’s website, these materials can be downloaded for free in Arabic, and will soon be translated and published in both English and German.

As the pro-democracy movement grew, and was given a boost by the return of Mohamed ElBaradei to the country last year, youth activists reached out to the Academy of Change again:

The Academy directed them to its online training manuals, which the Facebook activists tried for a while. But despite their internet savvy, many felt that relying entirely on online training was too theoretical. Couldn’t the Academy give them practical training?

Those who had signed up to the Facebook page were divided into groups of 100. Bahaar trained eight of the groups in different parts of the country using, among other tools, PowerPoint presentations that explained how you maximize the power of a protest movement. Every protester had a family, and around the family was a wider community, Bahaar explained. If a protester was arrested or beaten by the police, his or her family might be radicalized. Similarly, if a policeman engaged in brutality, his family and social network might not be supportive. By maintaining disciplined non-violent activity, the regime’s power could be progressively weakened.

In explaining why the pro-democracy movement was eventually successful in bringing so many people on to the streets, Adel highlights an extremely important point:

“Non-violent action is not just about non-violence, but also about joy and happiness… The festive atmosphere was a key element to drawing the high numbers that Egypt had rarely seen. People felt safe so they came out. They saw in Tahrir what Egypt could possibly be in the future and they wanted to be part of this new Egypt.”

The role of the Academy of Change in Egypt’s uprising