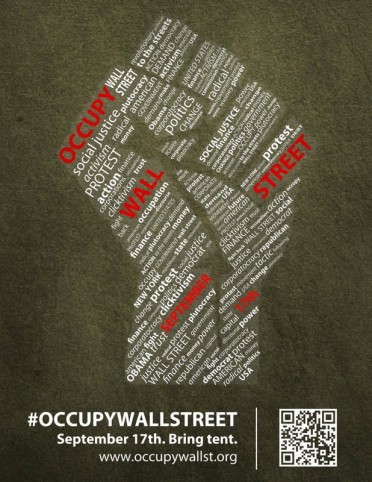 When the culture-jamming activist group Adbusters put out a call on July 13 for “20,000 people” to “flood into lower Manhattan, set up tents, kitchens, peaceful barricades and occupy Wall Street for a few months,” it never said who those people would be. Now, the question on the minds of everyone from the Department of Homeland Security to the Lower East Side anarchist set is just who and how many will actually show up.

The simplest cop-out of an answer is to say that nobody exactly knows. To an extent, it’s true. The large, established, membership groups—unions, lobbies, etc.—have kept quiet about it, so their rank-and-file can’t be counted on en masse. There’s no central planning committee, no permit with the city, and not even an official website, so there’s no obvious person to ask for a prediction or a figure. (Adbusters continues to say 20,000, though its role in organizing is, according to Senior Editor Micah White, solely “philosophical.”) Saturday, among other things, will be a test of the scattered American grassroots—their ability to mobilize against the outsized power of corporate elites, and their inclination to do so.

Some on the right-wing’s most lunatic of fringes have taken advantage of the information vacuum with headlines declaring “Wall Street Targeted for Britain-Style Riots” (along with thoroughly fictitious links to ACORN, SEIU, and even President Obama), a claim which has already turned into a fundraising scheme for Republican political candidates. Imaginative, but false.

A better place to look for some sense of what’s in the works would be a visit to the “NYC General Assembly” that has been meeting for the past month or more on Saturday evenings in New York’s Tompkins Square Park. For as long as five hours at a time, a crowd of 100, give or take, discusses matters of process and principles, as well as peanut butter sandwiches, bathrooms, and pepper spray. They can’t pretend to be able to tell all the people who come what they can and can’t do, but they can at least provide a loose framework and some information about what is and isn’t legal—for example, no tents. They’re not bringing any port-a-potties or appointing any marshals or police negotiators. They talk about nonviolence, with various conceptions of it in mind, and hope for the best.

The group is mainly young, with a tendency toward black T-shirts, bicycles, and hand-rolled cigarettes. A few have accents from Spain and Greece, through which they share stories from this year’s uprisings in those countries. They vary in their levels of experience with the modified-consensus process that the Assembly employs—together with its concomitant courtesies, no-nos, and hand signals. There are those who have never done anything like this before, and then those who are coming freshly-inspired and well-rehearsed from taking part in the three-week Bloombergville encampment earlier in the summer. There’s a contingent from the LaRouchePAC, and there’s a big, bearded man in the back who, against the wishes of some, keeps snapping photos. A police car cruises by from time to time, but it doesn’t stop.

Their stories are ordinary, but in a charmed sort of way. One regular at the Assembly moved to New York from North Dakota on a whim, and without a job, a few months ago after finishing a master’s degree and breaking up with his girlfriend; almost immediately he found out about September 17 and has been working on the Arts & Culture Committee full-time. Another is a filmmaker who has just been in Egypt interviewing the leaders of the Tahrir Square protests. Yet another is a Vietnam vet from Staten Island with a sagely smile. Still others drift by through the park, stop to listen, and then keep walking, or stay.

Decision-making hasn’t always been easy. But this past weekend, at least, the Assembly decided when it would meet next, as the occupation begins: on Saturday 3 p.m. at Chase Manhattan Plaza, two blocks north of Wall Street. The Arts & Culture Committee will get things going beforehand with a “New York Fun Exchange” (as well as a possible pooch parade) at noon at Bowling Green, home of the Charging Bull statue. The student groups, who have their own allied General Assembly, are rehearsing for a flash mob. And more: the Fiasco Street Team, Protest Chaplains, the National Lawyers Guild, Guerrilla-Drive-In, and a promise on Twitter about an old band coming back together the day before. Every day this week at noon, there’s occupation-themed public yoga session where Wall St. meets Broad St.

Few groups taking part are more organized, though, than US Day of Rage. Its founder, a sharp-featured, sharp-tongued IT strategist named Alexa O’Brien, insists that she’s “a normal sort of nobody.” She and her colleagues are prolific on Twitter, and their website features a range of resources, including nonviolent direct action manuals, a tactical plan for September 17, and an embedded YouTube video of the group’s official song, the theme from the 1970s show Free to Be… You and Me.

US Day of Rage also has a head start on answering the question that Adbusters posed in its initial call: “What is our one demand?” O’Brien launched her site back in March, while she was blogging about the Middle Eastern revolutions and the revelations coming out of WikiLeaks. On Twitter, she asked people what they thought was wrong with this country, and it all seemed to come down to one thing: the influence of big money in politics. This led naturally to the group’s slogan, a plan for radical campaign finance reform: “One citizen. One dollar. One vote.” Besides that, O’Brien refuses to label herself or the organization with any ideological stamp.

“I think it’s really typical of the internet generation,” she says, “to look at process much more than ideology as what’s going to save us.”

There’s a certain ring to this proposal; it has the makings of what Buckminster Fuller called a “trimtab”—a simple change that could change the course of the whole system. But it’s far from a universal priority among those organizing for September 17. Others have called for restoring the Glass-Steagall Act, or imposing higher taxes on the rich, or ending the endless wars abroad.

What one mainly hears at the General Assembly, though, is not a demand so much as an experiment in method. They’re trying to figure out how to make their voices heard again in politics, above the noise of money. What’s drawing people to Wall Street on Saturday sometimes seems to be an aesthetic more than anything, a longing to see Wall Street full of the people whose concerns its operations have been blind to, and who are ready to get their due. But it’s an aesthetic with teeth. After what has been happening in Egypt and Tunisia, in Spain, Greece, Bahrain, and so many other places around the world this year, people are going to Wall Street to make a real difference.

But September 17 isn’t just happening on Wall Street. For its part, US Day of Rage is organizing actions that day in Austin, Los Angeles, San Francisco, and Seattle as well. (Washington, DC will have to wait for the occupation of Freedom Plaza planned for October 6.) Meanwhile, Take the Square, a network that grew out of the Spanish May 15 movement, lists solidarity demonstrations across Spain, as well as in Italy, England, Canada, Greece, Germany, Portugal, Austria, the Netherlands, Israel, and France.

And then there’s the internet. Ever since the news began circulating that Anonymous hacktivists would take part, there has been a lot of speculation online about what they might actually do. One hint comes in the form of Operation Lighthouse, “a fully legal operation in support of the wall street occupation on the 17th” which, in its promotional video, is branded as an Anonymous project. It has also been billed as a revival of New York’s embattled Critical Mass bike ride. According to the website, though, “The @oplighthouse [Twitter] account was suspended shortly after the operation was publicly announced.” Fully legal or not, someone is on to it.

This is a reminder that, while Anonymous’ entry gave the September 17 effort tremendous momentum, it’s a mixed blessing. The FBI has been stepping up its scrutiny of the group lately, and what the Guy Fawkes masks add in mystique and internet-savvy may be lost if the authorities use Saturday as a chance to make an example of Anonymous, especially if protesters aren’t ready to turn a crackdown to their advantage.

Something, in any case, is definitely going to be happening. A lot of people are definitely going to be there, though 20,000 seems pretty optimistic. Some will know what they’re doing more than others, and all will learn. Not only will this weekend be a test of Americans’ readiness to resist, but of whether an idea lobbed into the internet by Adbusters, then grabbed by artists, students, Twitter hashtags, and a shadowy network of hackers (and hacker wannabes), can really turn into a “flood,” a show of meaningful political force, a new way forward.

“These are new organizational forms that haven’t been tried yet, at least in the U.S.,” said Isham Christie, a graduate student at the City University of New York, speaking at a meet-up in the back of a bar in the Bedford-Stuyvesant neighborhood of Brooklyn. “This is the definition of a truly radical movement.”

Most of the planners I’ve spoken with believe it’s best not to decide very much about what the action will look like before they’re on the street. This will make it a lot harder to control, but also, potentially, harder to defeat—like the uprisings in Egypt, Spain, and elsewhere. September 17, if it is anything yet, is an ambitious, risky, magnificent unknown. So much depends on who actually ends up being there. Will you?

Where’s the hope in the midst of a shutdown?

Who will occupy Wall Street on September 17?