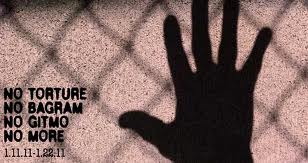 The irony of it all is way more telling than the State of the Union address that we will hear in a few weeks. A constitutional lawyer who was freely elected president signs into law an act that betrays the very principles that the nation he represents was founded on. While the more cautious of us might shy away from the word fascism to describe a nation’s military having the right to detain citizens without trial, it is certainly not hyperbole. There has already been an onslaught of criticism regarding the controversial National Defense Authorization Act (NDAA) that Congress legislated and President Obama signed into law on January 1, 2012.

Historically, the NDAA was a spending bill that set the annual budget for the US military. Recently, the guaranteed passage of the NDAA has been used by legislators—in spite of vehement rhetorical opposition by progressive and GOP legislators, the bill still passed, unsurprisingly, with overwhelming support (86-13 with one abstaining in the Senate; 322-96 with eleven abstaining in the House)—to craft the policies and politics of the war on terror.

The same day President Obama signed the NDAA, activists with Witness Against Torture (WAT) began preparing for a January 3, 2012 trial to defend themselves against charges stemming from a June 2011 protest when they interrupted House of Representative deliberations on a Defense Appropriations Bill—a precursor to the final NDAA.

The reason for WAT’s protest was not the provision that allows the president to indefinitely detain anyone, anywhere, which was not included in the early drafts of the 2012 military spending bill. Rather WAT was protesting the provisions in the bill—which did make it into the NDAA—that establish the prison in Guantanamo Bay as a permanent fixture in U.S. foreign policy and seriously question America’s commitment to human and civil rights. Journalist Andy Worthington describes the provisions that make it near impossible to transfer detainees for trial in civilian courts or release them to foreign countries.

The uproar regarding the NDAA’s potential treatment of U.S. citizens as “enemy combatants,” without rights to counsel or trial, in the war on terror is simply the realization of a misguided, immoral, and ineffective domestic and foreign response to terrorism. The chickens are coming home to roost. The American legacy of the 2000s is one of torture, illegal domestic spying, the flouting of international law, and unconscionable detention practices. Meanwhile, nonviolent alternatives for effectively dealing with terrorists—such as a long-stalled potential rehabilitation center for Guantanamo detainees or peer-group centers that challenge and shift the narratives of Islamist terrorism (such as Abdul Haqq Baker and the STREET center that WNV favorite Tina Rosenberg has reported on)—are not given much official consideration.

Instead, the net of repression continues to grow as it extends across the planet and all its peoples. The U.S. and its people have not been troubled much by the men, women, and even children who languish in its military prisons—secret or otherwise—in Cuba, Bagram, Afghanistan, Bucharest, Romania and countless other global locations. As Witness Against Torture activists, whom I am joining, begin an 11-day Fast for Justice on behalf of all those indefinitely detained, will ordinary Americans recognize the global assault on freedom that the Bush and Obama administrations have waged for over a decade?

As Gitmo proves, the policy and practice of indefinite detention is not new. It’s only the latest in a long, ugly succession of unjust detentions ranging from American Indian boarding schools to Japanese internment camps to slave plantations and Abu Ghraib. Even if Americans are aghast at the NDAA’s contents that quite clearly contradict the constitutional right of habeas corpus we hold so dear, it is foolish to think this is just a naïve lapse of judgment by the keepers of our best interests. The cat was let out of the bag a long time ago. Recall the famous words of Martin Niemöller, the anti-Nazi pastor and pacifist:

First they came for the communists,
and I didn’t speak out because I wasn’t a communist.

Then they came for the Jews,
and I didn’t speak out because I wasn’t a Jew.

Then they came for me
and there was no one left to speak out for me.

We have failed to speak out for prisoners detained the world over. President Obama enters the final year of his first term, and his landmark executive order to close Guantanamo has been reduced to little more than a prank played on hopeful supporters; 171 men remain imprisoned—more than 60 of whom were cleared for release years ago by President Bush. It is not too late to speak out for them—or ourselves, for that matter—but the sun is setting and the dark night of indefinite detention threatens to rise on friend and foe alike. Join us on January 11.

Speak out: the rising threat of indefinite detention