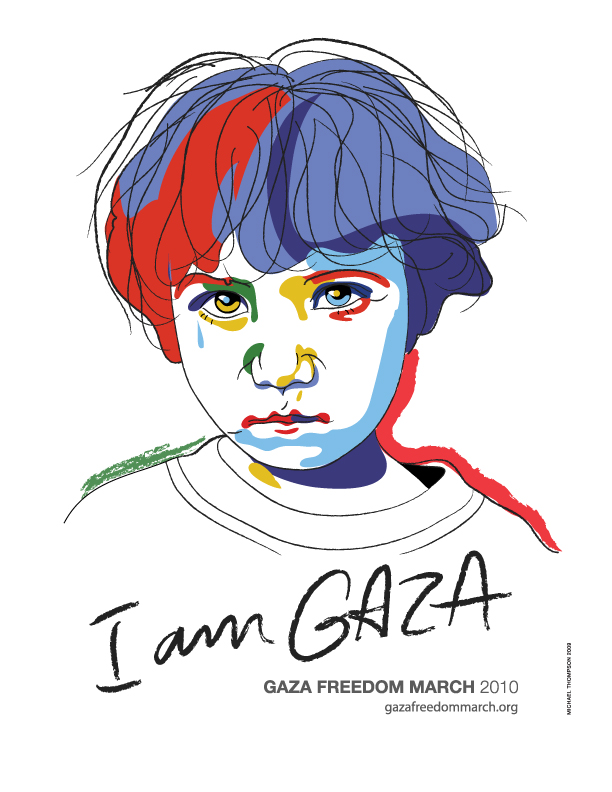 To mark the one year anniversary of the three-week Israeli assault on Gaza and to draw the world’s attention to the ongoing humanitarian crisis there, over 1,300 people from more than 40 countries, along with an estimated 50,000 Palestinians, will participate in a nonviolent rally and 5-km (3-mile) march from Abu Drabo – a Palestinian community that has been almost entirely destroyed – to the Erez border crossing into Israel on December 31.

According to its website, the Gaza Freedom March – which is being organized by the International Coalition to End the Illegal Siege of Gaza – will:

…feature hip hop music (including a song written especially for the march) and commentary on the impact of the siege by farmers, fishermen, merchants and others.  Upon reaching Erez crossing, balloons, kites and/or flags will be flown to express solidarity with Palestinians and Israeli peace activists on the other side.

Almost all of the international delegates participating in the march are first meeting in Cairo, and will head from there to the Egyptian border with Gaza.

Last Sunday, however, organizers for the march ran into a problem. After months of negotiating with the Egyptian government, the Foreign Ministry announced that the Rafah border crossing would be closed due to the “sensitive situation” in Gaza.

In response, Medea Benjamin, co-founder of Code Pink and one of the organizers of the march, wrote on the Huffington Post:

Our efforts and plans will not be altered at this point. We have set out to break the siege of Gaza and to march in Gaza on December 31 against the international blockade. We are continuing the journey.

For information on how to call or email the Ministry of Foreign Affairs in Cairo, or your local Egyptian embassy or consulate click here.

We have several friends who will be participating in the march, so please check back for an exclusive on-the-ground report on the action.

Students win major victory against segregation in Bosnia and Herzegovina

A third way in Syria