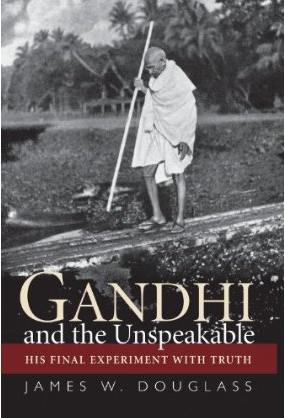 The demand was resoundingly clear: “We want them back alive.”

During Argentina’s dirty war in the 1970s and 1980s, in which the military government assassinated thousands of citizens, a group of determined women who had lost their sons and daughters to this tsunami of political repression stood up. The Mothers of the Plaza de Mayo did what few others were willing to: publicly defy this state-sponsored reign of terror by breaking the silence and challenging the chilling paralysis that kept it stolidly in place. They did this by using the most powerful symbol at their disposal, their own vulnerable bodies, as they marched over and over again for years at great risk in front of the presidential palace with their implacable message: “You took them away alive—we want them returned alive.”

Governments quite easily take life. No government, however, has yet discovered how to return it.

The mothers named this state-sponsored killing “assassinations” and the killers “assassins.” The murders were politically motivated, carried out in secret, and covered up. In addition, they bore another important connotation of “assassination”: prominence. To their mothers, these women and men were as eminent and distinguished as any public figure—and only grew more so in death.

This immense violence is unspeakable. This is true not only because words fail to convey the horror of this particular case of terrorism, but also in the sense that theologian and activist James W. Douglass (drawing on the American monk Thomas Merton’s notion of The Unspeakable) means: “an evil whose depth and deceit seemed to go beyond the capacity of words to describe… a systemic evil that defies speech.”

Since the mid-1990s, Douglass has peered clearly into the void of The Unspeakable by making a protracted study of assassination and its meaning. His raft of books on the power of nonviolent action that preceded this focus—including Resistance and Contemplation and The Nonviolent Coming of God— prepared him to unearth the place of premeditated, targeted killing in the maintenance of the state; in the reinforcement of a culture rooted in the saving power of violence; and (as Douglass brilliantly and soberly illuminates) in the attempt by systems of domination to suppress and extinguish the nonviolent option.  For fifteen years he has been engaged in a long-term research and publishing project focused on the assassinations of John F. Kennedy, Martin Luther King, Jr., Malcolm X, and Robert F. Kennedy.

The first book that appeared was JFK and the Unspeakable: Why He Died and Why It Matters. This carefully researched study, published in 2008, tracks President Kennedy’s gradual shift from a traditional Cold Warrior to a covert peacemaker who was engaging with his putative enemies to defuse volatile international crises and to attempt to build a more enduring peace on the major fronts of his day, including Vietnam, Berlin, Indonesia, Cuba, and the barreling nuclear arms race. Douglass assembles convincing evidence that Kennedy was assassinated because of this pursuit of the nonviolent alternative.

Before completing his next projects on King and Malcolm X, though, Douglass began researching the assassination of Mohandas Gandhi. As he explained in a 2011 talk at Marquette University, it increasingly became evident to him that what he was discovering about Gandhi’s assassination could shed light on the dynamics of the assassinations that took place in the U.S. in the 1960s.

This week—as we marked the sixty-fourth anniversary of Gandhi’s death on January 30—Douglass published the fruit of this research: Gandhi and the Unspeakable: His Final Experiment with Truth (Orbis Books). This summary highlights Douglass’s findings:

While researching [the Kennedy assassination], Douglass learned from Arun Gandhi, grandson of the Indian liberation leader, that his grandfather had been killed by a conspiracy involving powerful nationalist forces within the Indian government—not a lone gunman. This led to Douglass’s rigorously investigating thousands of documents on Gandhi’s 1948 murder. He now provides readers with a slim, elegant volume containing explosive insight into who conspired to assassinate the father of modern nonviolence and why. “Gandhi’s murder, followed by the repression of its truth,” writes Douglass, “forms a paradigm of killing and deceitful cover-up that U.S. citizens would soon have to confront in our own government.” No other contemporary writer is exposing the mechanics of assassination as methodically and bravely as Douglass. But because he is a Catholic independent scholar and activist most well-known for his writings on nonviolence and suffering, this book is more than a fresh look at historical circumstances: it’s spiritual spelunking into the depravity of unchecked political power.

Douglass has devoted his life to illuminating the potential of nonviolent action to create options in a world caught in a web of violent and unjust forces—especially by engaging with, having faith in, and loving the enemy. He has done this through his writing, but even more importantly, he has done this by pursuing his own Gandhian experiments with truth. Here are two examples.

In 1979 Douglass, Rosemary Powers and John Clark engaged in nonviolent action at Naval Submarine Base Bangor, the Pacific homeport for the U.S. Navy’s Trident submarine fleet in Washington State. They scrambled over a security fence with the hope of making their way to the Strategic Weapons Facility Pacific (SWFPAC), a nuclear weapons storage area at the center of the base. As Douglass wrote in “Pilgrimage to Ground Zero” in Sojourners magazine (March 1980):

Our plan was to walk through Bangor’s woods, crossing six roads patrolled by naval security, and eventually climb over SWFPAC’s two high security fences in order to pray at “the physical site of an evil we all refuse to see, and thus refuse to take responsibility for”—as we put it in our advance leaflet to the Marines, passed out at the base three weeks earlier.

In the course of our pilgrimage to SWFPAC we spent 12 hours undetected on the base, continuously pursued by helicopters, civilian security guards, the Naval Intelligence Service, and hundreds of Marines as we climbed fences and crawled through the brush… We were finally arrested near a conventional weapons site just short of the high-security fences of SWFPAC.

In meditating on this anti-nuclear pilgrimage, Douglass noted the urgency of finding a way to “break the hypnotic spell nuclear weapons have over America.” He explained that:

After reflecting on the absurdity of the situation—what does one do in the presence of an H-bomb?—we decided that the only thing we could do was to go to SWFPAC, in a pilgrimage to that point of responsibility. Once there, we could only ask God’s forgiveness and mercy for our responsibility in creating such weapons, and pray for the power to be transformed in our collective conscience to a responsible, loving people capable of disarmament.

The following year—on January 6, 1980, the Feast of the Epiphany—Douglass and Clark again made their way inside the base. After not being detected on the grounds of the 7,000 acre facility the first day, they spent an all-night vigil in the woods in preparation for the next day’s events:

The next morning we used stepping stools and rug remnants to climb over the 12 foot-high double security fences enclosing SWFPAC… We walked alone and unimpeded to the first nuclear bunker. It was like a tomb—huge sliding concrete slabs shut under a small mountain of earth. We stood in silence for several minutes on the concrete entry, joined hands, and said aloud the Lord’s Prayer and the Hail Mary. Then we walked on to the next bunker, and prayed there in the same way. We continued our nuclear Stations of the Cross for six bunkers before we were arrested.

The spirit of this Gandhian nonviolence is also conveyed in the text of the leaflet distributed to the Marines at the base beforehand:

We know that it is your responsibility to guard these nuclear sites. We ask you to consider carefully in advance our attempt to join you there. We know that by government regulations you are “authorized to use deadly force” in protecting nuclear weapons. Brothers, we ask instead that you lay down your arms, for the sake of all our lives. We know that you are good people, and that you love and respect life.

Like the Mothers of the Plaza de Mayo—whose courageous vulnerability contributed significantly to the nonviolent struggle for the eventual restoration of democracy in Argentina—James W. Douglass in these and many other actions has communicated his hope for profound social transformation in his own vulnerable body. And like Gandhi—whose vision and embodiment of soul-force continues to challenge and change our world—his hope has been enduringly vested in a transformed relationship with the enemy.

In this time of a growing national security state which increasingly depends on the proliferation of “targeted killings”—one of the faces of The Unspeakable today—may each of us be inspired by Douglass’s words and deeds to take nonviolent action to transform our lives and our world.

Speaking up about the Unspeakable