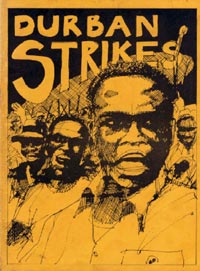 Occupy Wall Street activists built an impressive coalition of organized labor, immigrant-rights groups and others for a general strike and “day of economic non-cooperation” on May Day. On Tax Day, a broad spectrum of organizations helped protestors spotlight corporate tax loopholes. Assemblies from around New York City gathered in Central Park on April 14 to celebrate, share ideas and talk about campaigns. This month has also seen debate about whether the “99% Spring” week of trainings was an attempt by the institutional left to co-opt Occupy, or whether Occupy is actually co-opting and radicalizing non-profits and unions that were uninterested in direct action before the movement began.

Occupy’s spring resurgence, however colorful, still has not answered certain questions. How is Occupy Wall Street going to consult with organizations? How can this movement draw larger numbers of people into assemblies, committees and participatory structures that can serve their needs, while still connecting the dots between local ills and corporate power?

Relevant here is the story of a small group of predominantly white university students in South Africa in the early 1970s who helped to organize African workers and had a significant impact on the anti-apartheid movement.

It was not easy to do labor organizing in the early 1970s. Africans had been denied collective bargaining rights since the 1920s. The state’s security apparatus was becoming more labyrinthine. Nelson Mandela and others were serving life-sentences for plotting sabotage attacks. In the mid-1960s, the militant South African Congress of Trade Unions had been crushed. By the next decade, there were just a few unions in which African workers were active in parallel wings. Only when black intellectuals and underground members in liberation groups teamed up with white students in Natal and began agitation work amongst workers around the demand for wages above the poverty line did the tide begin to turn.

Steve Biko had recently led students classified as “non-Europeans” in forming breakaway student groups focused on inner resistance, self-empowerment and black consciousness (as well as collective action and self-help). “The strongest weapon of the oppressor is the mind of the oppressed,” he said in 1972. White student activists discovered that blacks students did not want to work with them, however well-intentioned they might be.

At this time, young people were absorbing a potent mix of ideas from abroad. A philosopher named Richard Turner returned to South Africa after studying at the Sorbonne and writing a dissertation on Sartre. He published a pamphlet on participatory democracy in 1972. In Durban, he urged students to see themselves as a revolutionary force, to “humanize” themselves and to reject materialism. Turner was friendly with Biko and the two collaborated on a community development project. With liberation leaders across the continent simultaneously promoting neo-traditional communalism and African unity, a cluster of white students formed a Student Wages Commission to draw media attention to the problem of poverty wages for African workers and to try to “redirect the flow of information” out of white institutions and into the streets.

The students circulated mimeographed pamphlets among workers at factory gates and bus stops. In isiZulu, workers read about the huge gulf separating their wages from what experts said about measurable minimum needs — specifically the “poverty datum line.” In Durban and Cape Town, dockworkers went with students to meetings of the Department of Labor’s Wage Board and used these statistics to demand higher pay, together with a coalition of church and other community organizations. In this way, these students did something similar to what we see happening today; they popularized inequality statistics and made them an idiom of political dissent.

Importantly, these young activists did not spurn help from experienced allies, despite real differences of viewpoint. They learned from established labor leaders. David Hemson and other students initiated a link with Harriet Bolton, the general secretary of a predominantly Indian union. Bolton convinced the students to help her set up an intermediary organization — a funeral benefit savings fund. African workers were still reluctant to form unions after the reprisals of the 1960s, so they could not simply be called out to join a movement.

In an interview with me, one former student organizer spoke of his initial skepticism. Yet this innocuous sounding mutual-aid society would have a surprisingly big impact. It attracted only a few members in 1972. But things changed dramatically in January 1973, when African workers in Durban launched a major and unexpected strike.

Durban newspapers reported that columns of striking workers were marching in toyi toyi step, carrying sticks and chanting, “Filumunti ufilusadikiza!”(Man is dead but his spirit lives). Brick factory workers were the first to walk off the job. Municipal workers and dockworkers followed. Business in the city center slowed for a week. Ships lay idle in the usually busy harbor. And white workers were photographed collecting trash — a newsworthy event in apartheid South Africa. The strike was peaceful and workers refused to identify or send out leaders, lest they be arrested.

One union leader who participated in the strike recalled the electric atmosphere. This former protestor described to me how he felt compelled to stay awake one night in his workplace writing an alternative history of Dutch colonization and apartheid in chalk on the side of a factory trolley.

The 1973 Durban Strikes did not simply occur spontaneously. Dockworkers had agitated for higher pay in 1972; a few months prior to that, contract workers in neighboring Namibia organized a major strike. Some government officials in South Africa had warned that the black-white wage gap needed to be reduced or industrial unrest would result. During the general strike, workers also demanded minimum wages very close to poverty datum line, suggesting that the students’ pamphlets also played a part.

In light of the questions mentioned above — questions about how Occupy can work with existing organizations and also develop ways of consulting with their members — what seems most significant about this story is the aftermath of this general strike.  After workers acted collectively and voiced their anger, members of the Student Wages Commission found a way to seize the moment by building something constructive.

After the strike, which punctured nearly a decade of black labor inactivity, workers felt emboldened. People’s fears about attending public meetings receded. African laborers came to Bolton’s union hall in substantial numbers. When they did, the students helped to enroll them in the funeral benefit fund. It functioned as a cloud-like interregnum between a situation in which African workers were loosely affiliated to local networks but intimidated to do more, and a new phase in which shop stewards were able to organize workers to become active participants in member-led organizations.

In the early 1980s, these unions supported the United Democratic Front. Together, with help from the outside, they created a crisis for the regime by holding massive demonstrations, supporting boycotts, and partnering with civic organizations, youth, street committees and other grassroots groups that fell under the capacious umbrella of the United Democratic Front — an essential coalition in the ending of apartheid. In 1987, the trade union organizations and the UDF collectively organized the largest May Day general strike in South African history.

What’s the lesson here for Occupy? Focus on the aftermath.

Bolton’s low-risk intermediary body was stitched together with the help of a small group of young people who had carved out their own ideological space and developed an appreciation for participatory methods. It grew into organizations with the capacity to turn out huge numbers of people and to be held accountable to the rank-and-file. Already, the group in OWS that planned for May Day has begun preparing to carry the momentum forward into a series of anti-austerity actions being planned in the city for mid-May. This is a promising sign that OWS organizers are thinking about next steps.

After a general strike — after people have lost their fear and begun gathering and speaking out — it is essential for a successful civil resistance campaign to turn deliberately and intentionally to consultation and patient outreach with an eye toward long-term movement-building, even if that means working with existing organizations and meeting people where they are.

Since September 17, 2011, strong networks of activists have formed. Even stronger and more diverse parallel structures are needed, though, if Occupy is going to partner with extant groups and gather the forces needed to fight corruption, put people over profits and spread participatory democracy.

Occupiers sow the seeds of a ‘Spring Awakening’

Occupy had its shortcomings, but it was hardly forgettable

Why social change needs to be a laughing matter