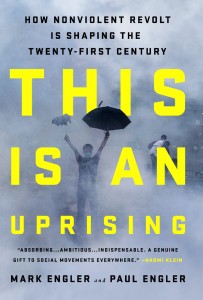 We always looked forward to the annual visit of Saul Alinsky when I taught at a small graduate school. Alinsky was the terror of city hall bosses everywhere, and he told us colorful stories from his organizing experience. Ours was the Martin Luther King School of Social Change. The students could earn an M. A. in Social Change, which, when asked, I would explain stood for “Master’s in Agitation.”

This was the late 1960s and most of our students were drawn from front-line communities where the struggles were hot. The students were famously direct and critical, and by the time Alinsky turned up they would have read his “Rules for Radicals” and been eager to take him on.

“Where’s your big picture?” they demanded. “How do all those stop-sign victories on a local level add up to larger institutional change?”

He challenged them right back. “What’s your method of leadership development? What does empowerment mean if it’s just about drama and a flash in the pan? Do the headlines grabbed by you romantics result in solid organizations that improve people’s lives in the workplace or the neighborhoods where they live?”

The two great traditions — mass protest and community/labor organizing — continue to argue with each other to this day. In “This Is An Uprising” Mark and Paul Engler take up the argument. Their book describes some of the foremost adversaries including Alinsky himself and activist-sociologist Frances Fox Piven and sets out their ideas fairly.

The Englers’ book, however, could not have been written in the 1960s when Alinsky took on my students. Brothers Mark and Paul Engler shine much more light than we had available then. They draw ideas from the accelerating use of nonviolent struggle on local and national levels and the research that points out what did and didn’t work to produce lasting change that affects people’s lives.

Spoiler alert: The Englers end up proposing a craft that makes the best of both traditions — a craft they call “momentum.” They don’t pull this off by synthesis. They do it by calling everyone to a higher order of strategizing.

Born teachers, they show rather than tell. They show how momentum can work by sharing vivid glimpses from movements and campaigns as various as the DREAMers, Occupy Wall Street, ACT-UP, the Birmingham civil rights campaign, the Harvard 2001 student sit-in for a liveable wage, the LGBT movement, Tahrir Square and the campaign against Egypt’s dictatorship, the overthrow of Serbia’s dictator Slobodan Milosevic, and others.

Are we there yet? No, the craft is not yet fully embodied, but the Englers help us to see it emerging through the creativity and daring of activists in many places. They also bring to the conversation analysts like political scientists Erica Chenoweth and Maria Stephen, sociologist/organizer Bill Moyer, civil resistance studies founder Gene Sharp, and others. (Full disclosure: I’m there, too. Plus, parts of the book first appeared on Waging Nonviolence.) All of this is to invite the reader to learn “how to combine explosive short-term uprisings with long-term organizing that can make movements more sustainable.”

I’ve rarely seen movements described so intimately at their strategic turning points, supported with the comparative insights of scholars in the field. Reading the gripping stories alone makes the book worthwhile.

Framing our challenge as a skill-set

The Englers intend to help the reader become skillful in several ways: by “staging creative and provocative acts of civil disobedience,” “intelligently escalating once a mobilization is underway,” and making sure that “short-term cycles of disruption contribute to furthering longer-term goals.”

They take the time to deconstruct the two traditions and show how the differences reveal strengths and weaknesses on both their parts. In the light of this book, Alinsky and my students were both right, and both wrong. Each side needed a creative leap to find ways of retaining their own strengths and borrowing the strengths of the other’s, through a new theory and practice.

The craft does mean letting go of some assumptions held by both sides, and the Englers are frank about that — again backing themselves up with movements’ own experiences. As I read, I imagined going through the wealth of campaigns in the Global Nonviolent Action Database to see more examples of people practicing aspects of the craft – or not.

An example of a questioned assumption from the mass protest tradition is: Disruption has the inevitable cost of getting backlash not only from the power holders but also the people caught in the middle. I remember surging with others into a center city street at the height of traffic on a Friday afternoon, for example, and shrugging off the cost to the jammed up drivers who couldn’t pick up their kids from school. The book points out that the political cost of disruption to the 99 percent can be offset by tactical choices in which the activists “put more skin in the game” through personal sacrifice. What I get from this is that creativity matters: It’s time to drop the mindless reflex of blocking traffic to show we’re indignant.

Another dubious assumption from the mass protest tradition is that sheer numbers win the day. I remember during the anti-Vietnam war movement there were repeated marches down New York’s 5th Avenue. The organizers rejoiced each time the number grew, but the Englers point out — based on what actually works in getting change — drama often trumps numbers. I contrast what I call the “numbers obsession” with Alice Paul’s choice to leave the woman suffrage organization’s mass marches and start a campaign with smaller numbers and bigger drama — and then win.

When analyzing what they call “the whirlwind,” the Englers describe clearly a movement moment: “The defining attribute of a moment of the whirlwind is that it involves a dramatic public event or series of events that set off a flurry of activity, and that this activity quickly spreads beyond the institutional control of any one organization. It inspires a rash of decentralized action, drawing in people previously unconnected to established movement groups.”

Right there we can see why mass protest worries some leaders of community organizations and unions – the loss of control. What those leaders miss is the opportunity for organizing that a whirlwind gives. The Englers recall Mine Workers union leader John L. Lewis’ use of a whirlwind in the 1930s to organize more unions (membership organizations) and build the Congress of Industrial Organizations into a cohesive national force that gravely worried the 1 percent.

Some Occupy Wall Street leaders saw that kind of opportunity in the Occupy whirlwind, but as we know the prevailing culture of Occupy prevented building a mass movement. Now I wonder if Occupy’s resisters of growth might have been willing to play a bigger game if they had known about the craft of momentum-driven organizing.

In any case, now there’s a new marker for us to go by in the Englers’ book, and new reason for hope for effective outcomes of our work.