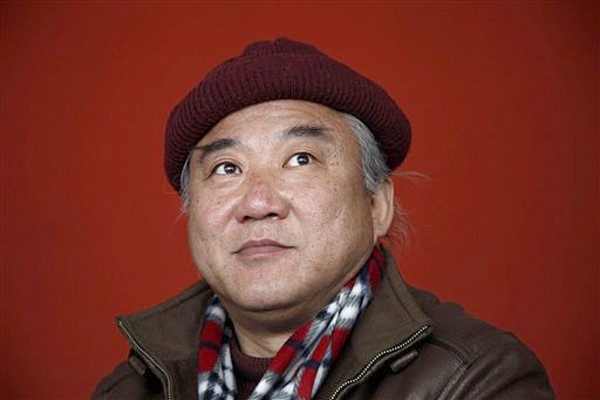 Land seizure has become a major problem in China over the last few years. For instance, over a million people were displaced from their homes and businesses to make way for last year’s Olympic venues. Now, due to a government stimulus package passed earlier this year to aid new construction, even more evictions are taking place and not just for the so called “public interest” but for the private development of shopping malls and luxury apartments.

The new landlords tend to be quite ruthless when dealing with the removal of the previous owners. They hire thugs to drag people off the property and if they still persist in not leaving, demotion crews have on occasion been known to crush the building with protesting occupants still inside.

Despite these rather trying conditions, protests continue. Recently, the Associated Press called attention to one particular family’s fight–a rather unique and inspiring one, in fact:

When the managers of a Beijing restaurant marked for demolition were too busy to fight it, they posted an Internet ad and hired a stranger to stay there around the clock. The job seems to be a first for China, where frenzied urban construction has led to violent evictions, protests and even suicide.

Huddled on a makeshift bed in the trash-strewn, freezing restaurant, Lu Daren said he once worked for a demolition crew and understands their tactics.

“I’m tired,” the 46-year-old said Thursday, after a long night of fending off the latest visit from what he suspects were hired thugs by the landlord. “Tired, tired, tired.” He stays — wrapped in blankets, reading the newspaper or writing idle poetry, occasionally taking short walks— because he thinks the restaurateurs have been treated unfairly.

As interesting as the want ad for a protester may be, it’s completely overshadowed by Lu Daren’s conversion from working for the ruthless landlords to working against them nonviolently. It even seems to be having an effect:

In a sign that the government may really be ready to pursue reform, mainland media have been allowed to write about Lu and his unusual new job. Lu has pasted newspaper reports to the windows, next to a small protest banner with a poem that ends, “the landlord has no shame.”

At another of the threatened restaurants down the street, Zhang Weimi wonders about Lu — and his past experience on the other side of the wrecking ball — but admires his dedication. When Zhang, who is trying to save his own restaurant, wakes up in the middle of the night, he sometimes sees Lu in his overcoat, pacing on the sidewalk.

“Maybe it’s his conscience,” the 30-year-old Zhang said. “Maybe now he felt he had to do something.”