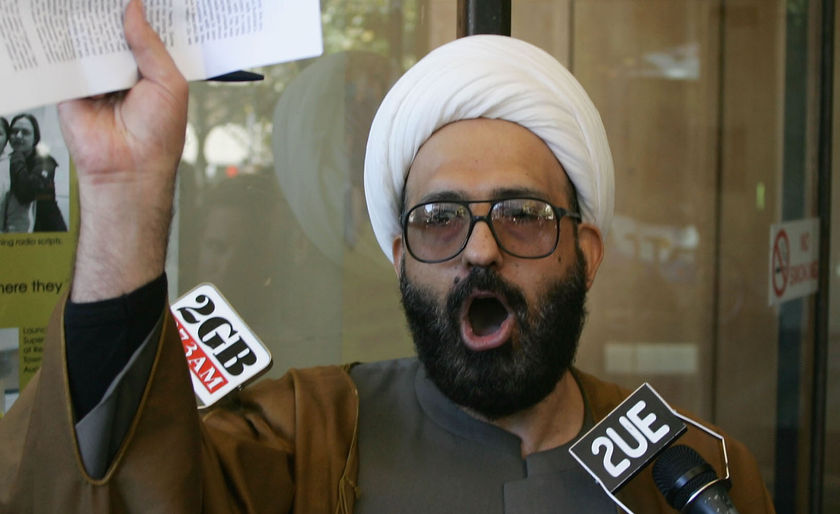 [UPDATE 12/18/2014: Sheik Haron apparently took hostages in Australia earlier this week. Some of the hostages died in the ensuing violence, along with Haron himself. Haron previously had described himself as a peace activist, and Waging Nonviolence described him as “peace activist” in the article below. The description seems to have been off the mark. Nevertheless, the message below — “love the enemy” — seems more poignant now and more critical to prevent further senseless violence.]

An Australian peace activist named Sheik Haron (pictured to the right) was recently charged with writing hateful letters to families of fallen soldiers. Jarrod McKenna reflects on this incident as a reminder to activists to “love the enemy”:

The world is ready for an activism which loves its enemies. As A.J. Muste put it, “There is no way to peace — peace is the way.” The early Christians were called “people of the Way” because they lived the way of Jesus. If the sharing of our faith is to have any integrity, Christians who say “Jesus is the Way” must embody “the Way of Jesus.” The same is true of peace activists (Christian or otherwise). As Dr. Rev. Martin Luther King, Jr. would often say, “Peace is not merely a distant goal that we seek, but a means by which we arrive at that goal.”

As a human being living in a time of tremendous challenge to the earth’s resources, I am quick to apply this message to the issue of sustainability. According to nonviolent principles, just as we love the soldiers and their families, we must also love those who pollute and degrade the earth. When we stand up for the earth, we might remember that most of us have polluted, and still pollute, in some ways, such as fossil fuel transport, using plastics, and heating our homes.

At this time, quickly and urgently, we are needed to build systems in which we can coexist with each other and with the earth. Sustainability is a form of peace–peace for our biosphere. Along the way to that lofty goal, when we refuse the pollution, still we may love the polluter. That love may be motivated by the vision of the reconciliation when we all will live together in peace on a healthy earth.

Jonathan Sasmor is a pedicab driver in New York City, and the author of Culture of Kindness, a book about sustainability and religion. He can be reached at jonathan.sasmor[at]gmail.com.

On the brink of climate action

Fighting racism and torture from Ferguson to Guantánamo

In order to transcend Trumpism, we must tend to suffering — not celebrate it

Loving the enemy: of man and earth