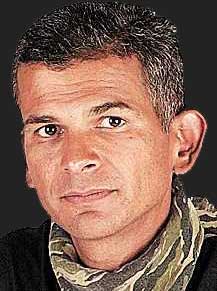 Long-time earth and animal liberation activist Rod Coronado has plenty of street cred, but apparently he wasn’t hip to the perils of Facebook. In early August, the seasoned activist was sentenced to four months in prison for violating the terms of his probation. The charge: “friending” a figure the FBI describes as, “a well-known environmental activist who has a history of condoning direct action and violence as a means of protest or demonstration.” That activist is Mike Roselle, the author of Tree Spiker, a confrontational and outspoken opponent of destructive environmental practices, from mountaintop removal to deforestation, who claims to have been arrested at least 50 times.

According to the Missoula Independent, Coronado’s probation officer, Rhonda J. Wallock, reported that the activist violated the terms of his supervision by becoming Roselle’s “friend” and for using an unauthorized computer. “In monitoring Mr. Coronado’s Facebook account,” the court document reads, “this officer found Michael Roselle to be a “friend” of Mr. Coronado.”

Well, yes. But apparently it was Roselle who asked Coronado to be his friend and not Coronado who approached Roselle. Moreover, they had been friends for some time, just not Facebook friends. As Roselle explained, “I sent him a friend request because someone had suggested that I friend him and given that I’ve known Rod for quite a while, I did. I guess he hit the accept button.”

The irony is that a couple of monkeywrenchers, each with a long list of arrests and convictions, have now been nabbed as friends. For Coronado, it is without a doubt the most prosaic charge he has ever faced.

For years, Coronado was the unofficial bad boy of the radical environmental movement. As a teenager he cut his teeth with the now well known Sea Shepherd Society and, in 1986, participated in a risky act of eco-sabotage: taking aim at Iceland’s refusal to conform to an international ban on whaling, Coronado and a partner destroyed the Hvalfjordur whaling station and sank two of the country’s whaling vessels, causing some $2 million in damage. Coronado went on to wage an underground war against the fur industry, targeting research facilities and fur farms across North America. (His story, and the story of the modern American environmental movement, is told in Dean Kuipers recent book, Operation Bite Back: Rod Coronado’s War to Save American Wilderness).

Coronado was a divisive figure: his use of arson and increasingly radical stance alienated even those who sympathized with his views. In 1995, Coronado was arrested for his role in an arson attack on research facilities at Michigan State University. Since then he has moved back and forth between prison and some form of house arrest or parole. He has done time for allegedly demonstrating the use of an incendiary device, dismantling mountain lion traps, and destruction of government property.

In 2006, he distanced himself from the direct action tactics of his youth and said, in an open letter that, “No longer do I personally choose to represent the cause of peace and compassion in that way.”

On Indigenous Peoples’ Day, Americans must recognize the ugly history of how the Nazis were inspired by the long and brutal U.S. campaign against Native Americans.