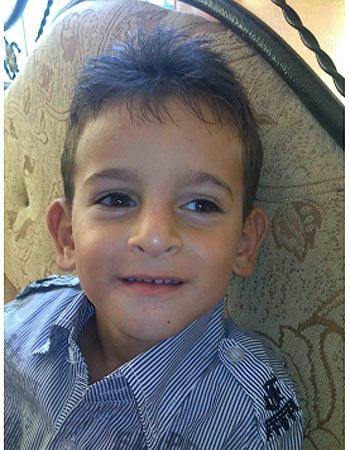 While the mainstream media has focused on the recent violence that has occurred as peace talks between Israelis and Palestinians, there are nevertheless still signs of hope.

After Palestinian 4-year-old Abdul Hai Salhut died last week, having sustained grave injuries in an accident at his family’s home in the Jabal Al-Mukabbir village in occupied East Jerusalem, his parents decided to donate his organs.

“We’re happy to see him alive in other people, regardless of whether they are Arab or Jewish. It doesn’t make a difference when you save life. In the shadow of our difficult loss, we are touched to have saved lives.”

This story, which has been completely ignored by the US media, reminds me of Ahmed Ismail Khatib, a 12-year-old Palestinian, whose parents donated his organs “for the sake of peace between the two people” after he was mistakenly shot by the IDF in 2005. His story is captured in Heart of Jenin, a documentary that ran on PBS (and can be viewed in full here) and was nominated for an Emmy this year.