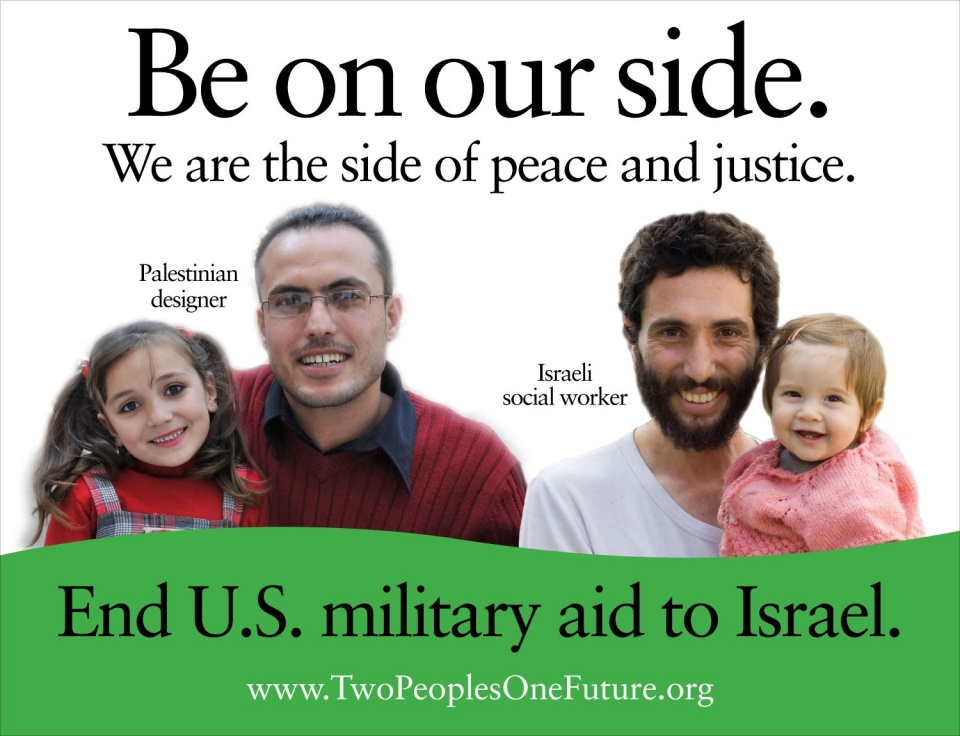 Starting yesterday, signs like the one above can be seen in Chicago’s “El” public transit cars. The ads are being paid for by the Committee for a Just Peace in Israel and Palestine and will be up for the next month.

The campaign’s website has a lot of useful information about why cutting US military aid to Israel is a prerequisite to peace in the region, and how taking such a step would benefit not only the Palestinians, but Israelis and Americans as well.

Following Chicago, there are plans to take this campaign to other cities around the US. If you’d like to get involved in the effort and see these signs around your town, click here for ideas on how to get the ball rolling.

Even though it shouldn’t be a controversial message, I can image a serious backlash to these signs and am really pleased that the Chicago Transit Authority agreed to display them.

I’ve long been of the belief that until we stop arming Israel to the teeth, or until the Israeli government senses that US aid may be jeopardized by their actions, they will have little incentive to seriously work for peace.

Hopefully this campaign will catch on and get Americans to reconsider how giving Israel $30 billion worth of weaponry over the next decade is compatable with a just resolution to the conflict there. (h/t Mondoweiss)

After an assassination, the world stands in solidarity with the Zapatistas