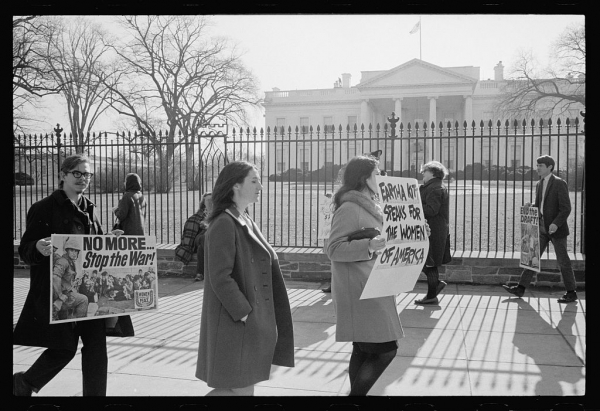 Over at the Independent, the always insightful Johann Hari had a wonderful article last Friday on the power of protest, and how you can’t forsee the impact that taking a stand can have.

Let’s start with the most hopeless and wildly idealistic cause – and see how it won. The first ever attempt to hold a Gay Pride rally in Trafalgar Square was in 1965. Two dozen people turned up – and they were mostly beaten by the police and arrested. Gay people were imprisoned for having sex, and even the most compassionate defense of gay people offered in public life was that they should be pitied for being mentally ill.

Imagine if you had stood in Trafalgar Square that day and told those two dozen brave men and women: “Forty-five years from now, they will stop the traffic in Central London for a Gay Pride parade on this very spot, and it will be attended by hundreds of thousands of people. There will be married gay couples, and representatives of every political party, and openly gay soldiers and government ministers and huge numbers of straight supporters – and it will be the homophobes who are regarded as freaks.” It would have seemed like a preposterous statement of science fiction. But it happened. It happened in one lifetime. Why? Not because the people in power spontaneously realized that millennia of persecuting gay people had been wrong, but because determined ordinary citizens banded together and demanded justice.

Hari then writes that evidence suggests protesters might very well have stopped Presidents Johnson and Nixon from dropping a nuclear bomb on Vietnam, even though they may have thought they were not having an effect at the time.

He also offers another inspiring example from that terrible war of how, as Margaret Mead said, “a small group of thoughtful, committed citizens can change the world”:

And protest can have an invisible ripple-effect that lasts for generations. A small group of women from Iowa lost their sons early in the Vietnam war, and they decided to set up an organization of mothers opposing the assault on the country. They called a protest of all mothers of serving soldiers outside the White House – and six turned up in the snow. Even though later in the war they became nationally important voices, they always remembered that protest as an embarrassment and a humiliation.

Until, that is, one day in the 1990s, one of them read the autobiography of Benjamin Spock, the much-loved and trusted celebrity doctor, who was the Oprah of his day. When he came out against the war in 1968, it was a major turning point in American public opinion. And he explained why he did it. One day, he had been called to a meeting at the White House to be told how well the war in Vietnam was going, and he saw six women standing in the snow with placards, alone, chanting. It troubled his conscience and his dreams for years. If these women were brave enough to protest, he asked himself, why aren’t I? It was because of them that he could eventually find the courage to take his stand – and that in turn changed the minds of millions, and ended the war sooner. An event that they thought was a humiliation actually turned the course of history.

Baltimore is burning — not just in flames, but with a righteous anger

The unknown effects of protest