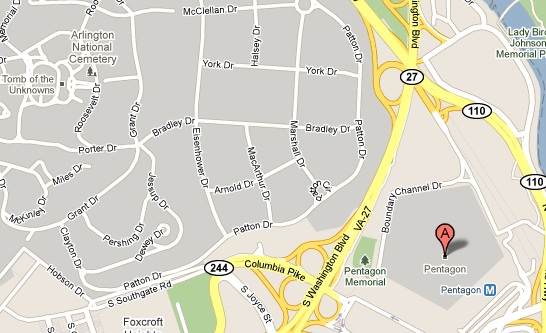 I wrote a few days ago about the growing political momentum in the US Congress around finally cutting defense spending. It seems that this is well-founded in public opinion. The New York Times reports that, based on its recent poll about cutting government entitlements,

Nearly two-thirds of Americans choose higher payroll taxes for Medicare and Social Security over reduced benefits in either program. And asked to choose among cuts to Medicare, Social Security or the nation’s third-largest spending program — the military — a majority by a large margin said cut the Pentagon.

According to the poll data, 55% of respondents would be willing to cut defense spending, compared to 21% for Medicare and 13% for Social Security. Democrats are somewhat more likely to favor such cuts (66%), Republicans are somewhat less (42%), and independents are right at the average (55%).

To learn more, I turned to Miriam Pemberton, a research fellow at the Institute for Policy Studies, who for years has been working to show the US government how to end its addiction to defense spending while reframing how we think about our security. She explained to me that this new momentum has been in the works well before the Tea Partyers showed up in Congress, and that because of it her work has been gaining traction:

The game changer has been bipartisan deficit reduction fever. Barney Frank was the visionary. Summer before last he pulled together what we wound up calling the Sustainable Defense Task Force to say what could be cut and why. The president’s deficit reduction commission adopted our $100 billion annual figure, and some of our recommendations.

However, she warns us to be suspicious about Defense Secretary Robert Gates’s language of military “cuts”:

Secretary Gates has tried to head off real cuts mostly by selling rearrangements of his own budget, and increases smaller than the ones he’d previously promised, as cuts.

The newly-empowered Republicans in Congress, Pemberton says, are divided. Committee chairs like Buck McKeon (Armed Services) and Paul Ryan (Budget) have been resisting actual cuts to military spending. “But,” she adds, “a lot of tea partiers, libertarians, and some in the Republican leadership are saying: everything on the deficit reduction table.”

In this way, the Tea Party could be a good thing for demilitarization. Pemberton is concerned, however, that talk of deficit reduction can be tricky business; what we need now isn’t just reduction but reinvestment. We need to make sure that the jobs lost by arms-makers can be picked up by a new green economy.

We’re still not having the right kind of conversation, even if we’re getting closer. Many in Congress hope that the Pentagon will somehow be able to do more with less. “Actually,” says Pemberton, where the military is concerned, “the real missing debate is about how to do less.”

Student debt strikers grow in number and in power