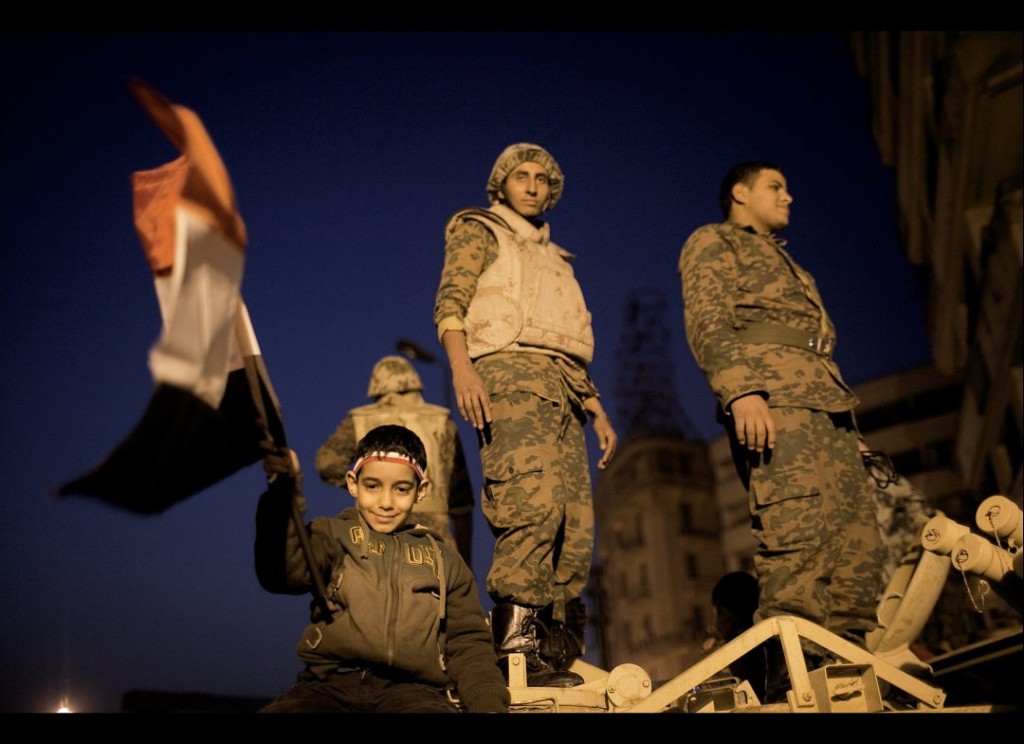 We are presenting their responses as a series over the next couple days. Here is the third installment. The first can be read here and the second here.

What do you think is the biggest challenge now facing the people of Egypt?

“How to maintain momentum and not allow the military to get too comfortable in power.” – Reza Aslan, Associate Professor, University of California, Riverside

“The immediate next steps for any democratic movement that still has yet to consolidate democracy are (a) remaining organized and mobilized so that pressure can be placed as necessary on residual defenders of the old system — using newly diverse nonviolent tactics — in order to make sure that political rights are enforced and the new civic space that’s been opened up is broadened and hardened, and (b) learning quickly how to negotiate strategically with residual regime figures to set fair and effective procedures and conditions for constitutional revision and the electoral process. In regard to negotiations, the Egyptians might consider inviting veterans of the Polish and South African “pacted transitions” to come and advise them, or at least study those cases carefully.” – Jack DuVall, President, International Center for Nonviolent Conflict

“The entire Egyptian state is riddled with violence, corruption, and tyranny.  It has been operating in this way for 30 years (at least).  The biggest challenge to the Egyptian people is to maintain momentum through the transformation of their society through months and years, deconstructing one system and building another.” – Mary Joyce, Founder and Executive Director, Meta-Activism Project

“Extreme vigilance is required to safeguard the gains made in recent days and weeks.  It is therefore of paramount importance that measures be taken to prevent an illegal usurpation of political power by groups who may attempt to take advantage of the confusion following the collapse of the regime, in order to stage a coup d’ etat and simply install themselves as the new masters. Gene Sharp and Bruce Jenkins have written at length on this topic in The Anti-Coup, which details steps that civil society groups and institutions can take to provide anti-coup defense.  As I heard one Egyptian say, ‘Today we celebrate, tomorrow the work begins.’” – Jamila Raqib, Executive Director, Albert Einstein Institution

“The biggest challenge is to maintain this marvelous momentum in order to accomplish REAL democratic change, participate in constitutional and legal changes which will enable durable democracy and rule of law. Removing Mubarak was only the first step to the vision of tommorow defined by brave protesters: proud Egypt with freedoms of assembly and press, fair elections and accountable secular government. It is a long way in front of the people of Egypt and the biggest victory is yet to be achieved.” – Srdja Popovic, Founder, Centre for Applied Nonviolent Action and Strategies (CANVAS)

“In my mind, the short term challenge to civil society in Egypt is to make the transition complete, from Mubarak to the military to the people and to show that Egyptians can construct a model of governance that improves on preceding models.” – Tom Hastings, Director of Peace and Nonviolence, Portland State University

“My first inclination is to say that the biggest challenge facing the people of Egypt at this moment is the cynicism of observers and commentators who do not understand the core dynamic of nonviolent action, and thus attribute this victory to ‘backroom deals,’ ‘external forces,’ or the looming presence of the military in the background. But the loyalty demonstrated by the military to the people’s revolution has everything to do with how well the movement did their job. Based on what has transpired so far, it is pretty clear that the movement won over the security forces in a genuine show of people power and strategy. That process was both longer and deeper than we have been able to see on the surface. This was as well planned as it could have been. I do not expect the military to defect now. And I think it is unfortunate that so many commentators are already speculating that what we’re seeing in Egypt is actually a military coup. That perspective reflects adherence to outdated assumptions and frames about concepts such as violence and power. Fortunately the people of Egypt know better.” – Cynthia Boaz, Assistant Professor, Sonoma State University

“Maintaining the gains of their revolution. Sustaining the energy and solidarity that were created as a result of the powerful nonviolent resistance campaign.” – Mohammed Abu-Nimer, Director of the Peacebuilding and Development Institute, American University

“I believe there are three big challenges facing Egypt now, and they are interconnected:

1)    Maintaining bottom-up momentum: The unity and enthusiasm evident not only in the past 18 days, but among pockets of civil society over several years, must be sustained.  Although a short pause for “business as usual” is necessary to restart the local economy and get children and youth back in school, it is important to seize pubic jubilation and transform it to mass civic participation for the next important phases on the road to a democratic system. The internet is an ideal platform for maintaining citizen input. I’m sure many creative and tech-savvy Egyptians are already creating participatory democracy platforms. Town halls and other fora can be set up for the technologically challenged or deprived. Millions of Egyptians took to the streets, left their jobs, and closed their shops for a change in government. Now is the time to harness that energy, compile those grievances and turn them into political policies through a bottom-up system that makes all citizens feel they’re part of the process.

2)    Gutting/restructuring of Key Institutions: A tough, tough challenge. The branches of government and all the institutions that supported the regime will require either drastic reform, re-training, restructuring, and perhaps for some, a complete do-over. Egyptian intellectuals and trusted Egyptian officials will be key in this endeavor. It would be wise to solicit the support of international organizations and foreign governments with expertise in the areas of institution building, with Egyptian ownership of the process. Egyptian citizens should demand to be part of the process of reform and rebuilding. Organizers can maintain the current momentum by creating “watch dog” groups that ensure people have a say in decisions and that reforms meet their needs.

3)    Drafting of a Representative Constitution: A revised constitution must represent and meet the desires of all Egyptians. Drafting this, voting on it, and vetting the language will be something amazing to follow, especially considering Egypt’s religious diversity.  I would love to see an Egyptian constitution created collaboratively on a platform like Wikipedia. Egyptians would really be making history through such a process!” – Vanessa Ortiz, Founder, In Women’s Hands

Wave of creative protests threaten Kazakhstan’s elite ahead of elections

How to fight fascism from a position of strength