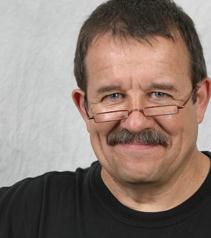 Tomorrow, ICNC will be hosting what looks to be a very interesting webinar, led by Enlace director Peter Cervantes-Gautschi, on an extremely important subject that too often goes overlooked in the field of nonviolence: how ordinary people can successfully resist corporate power. According to the announcement:

When we reflect on nonviolent struggles we usually think of nationwide movements fighting against a non-democratic regime. This perspective obscures other rights-based struggles that have become common in recent years – those of a relatively small group of protesters and organizers that have to confront non-state actors such as large multinational corporations, many of which are even more powerful and wealthy than some governments.

This webinar will focus on the struggle of a small group of low-wage Mexican workers against the transnational mega company Sara Lee. In the face of violent intimidation tactics and corporate spies, this worker movement creatively developed tactics and recruited key allies to bring Sara Lee to negotiate with the workers. Utilizing the Integrated Organizing Approach, workers developed a strategy and plan that eventually won.

This talk will provide some analysis and insight as to the kinds of tactics and strategies workers need in order to effectively take on a transnational corporation and a local government, who often work together profiting off worker abuse. We will look at the kinds of internal changes a movement must make to foster its unity and coalition building. We will examine the effective international partnerships between organizations that were formed during the campaign, and how this model is being used today by other struggles to successfully presssure corporations to change their abusive behaviors. Finally we will comment on the impact of these types of campaigns on building a more democratic society.

The webinar will run from 12-1pm EST. To reserve your place, click here. If that time doesn’t work for you, ICNC will post the video of the presentation on their website afterward.

And in case you missed the last webinar, in which Professor Emeritus at Barnard Dennis Dalton discusses the life of Gandhi, it can be watched here.

I’ve had the good fortune of getting to know Dalton over the last few years and he is really an incredible teacher and person. If you want to study Gandhi more seriously, I’d very much recommend his wonderful book called Mahatma Gandhi: Nonviolent Power in Action. There was also a very moving profile of him in the Utne Reader, written shortly before he retired, that is definitely worth reading.