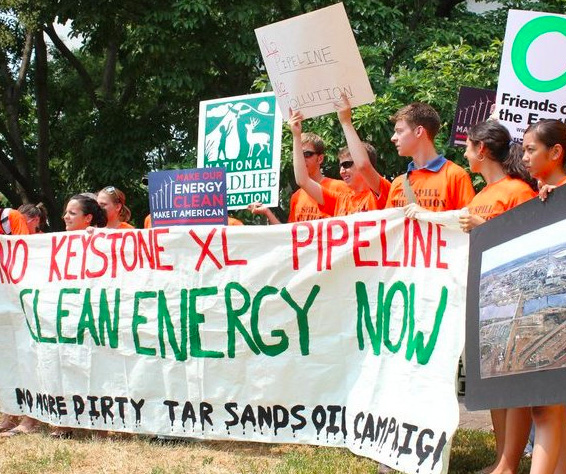 In a recent piece for Yes! Magazine, environmental journalist and author Bill McKibben argues that despite President Obama’s sad support for the expansion of coal mining on federal land and Canada’s tar sands, “the geography of this beautiful North American continent is on our side.” What he means is that all this extra coal—which equates to the opening of 300 new coal-fired power plants—and Canadian oil—of which there’s enough to nearly double the current atmospheric concentration of carbon—still needs to get to market and that’s no easy task when the only viable ports are thousands of miles away.

In the case of coal, McKibben says, regional groups are rising to the occasion.

Climate Solutions and other environmentalists of the northwest are moving to block port-expansion plans in Longview and Bellingham, Washington, as well as in Vancouver, British Columbia. Since there are only so many possible harbors that could accommodate the giant freighters needed to move the coal, this might prove a winnable battle, though the power of money that moves the White House is now being brought to bear on county commissions and state houses. Count on this: It will be a titanic fight. 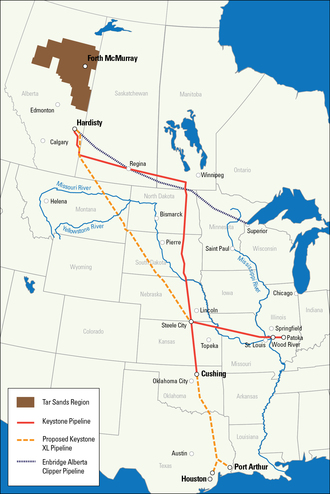 As for Canada’s tar sands, Obama has already permitted a pipeline into Minnesota and Wisconsin, making the job of sending the toxic sludge south considerably easier. But the oil barons are still landlocked and desire another pipeline dubbed Keystone XL, that stretches from Canada straight down to Texas and the Gulf of Mexico. Secretary of State Hillary Clinton must approve it, and has indicated that she’s “inclined” to do so. But, as McKibben points out, activists have a few things going for them. For starters, “documents show that the pipeline will probably cause the price at the pump to rise across the Midwest.” Furthermore, when the smaller pipeline was approved in 2009, “we got a taste of the arguments that the administration will use this time around, all masterpieces of legal obfuscation.”

This information allows for the identification of pillars of support, which activists can then strategically target as weaknesses of the state. As McKibben says in the conclusion of his piece:

Tough terrain aids the insurgent; it slows the powerful. Though we’re fighting a political campaign and not a military one, we need to take full advantage.