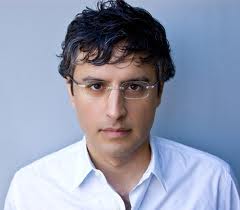 Scholar, commentator, and all-around impresario Reza Aslan—who contributed to our Rise Up Like an Egyptian Series—talked with NPR today about why protests in the Muslim world so often happen on Friday. I mean, you wouldn’t really expect Christians to rise up on Sunday, would you? Doesn’t sound like something to do on a day of rest.

There are some good reasons:

Mr. REZA ASLAN (Religion writer): Friday is the Sabbath in the Muslim world. It’s the day of communal prayer. It’s called Jummah, which literally means the gathering. It’s that one prayer of the week where all peoples, men and women, are obligated in so far as they can to actually go to a mosque in order to pray as a community.

Also, for a lot of people, particularly poor people in this part of the world, Friday’s the only day that they have off of work.

INSKEEP: And I suppose it is one of the few occasions in certain countries where people are easily allowed to gather in large numbers in one place.

Mr. ASLAN: That’s absolutely true. Countries like Syria that has very strict anti-assembly laws, where more than three or four people gathered together at any one time can be arrested, well, it’s impossible to do that on a Friday when you have tens of thousands of people gathering for this day of prayer. So it does offer a little bit of protection from the security services.

INSKEEP: So there are these practical reasons. Are there also spiritual reasons and political reasons? By which I mean, do you end up suggesting that God is on your side?

Mr. ASLAN: Well of course, in a sense, what to do by holding these political rallies on Fridays is you kind of sanctify your political agenda. And of course, this is something that the government does as well. So when the government wants to have elections, for instance, the king of Morocco when he had his constitutional referenda just a couple of weeks ago, he did that on a Friday. And for protesters especially, this is very important to co-opt the symbols of Islam, in order to get your message across.

In the rest of the interview, Aslan tries to disabuse the interviewer of some pretty simplistic assumptions about the relationship between religion and politics in the Muslim world. For instance:

[L]et’s just be clear that the line that we draw so clearly here in the West, between so-called religion and secularism, is a lot more fluid in the Arab world. And as a result, even those who may be atheists or completely secularist, nevertheless understand that if they want to make sure that they’re moving in a more peaceful, more tolerant, more pluralistic, more liberal and progressive society, then they really have to take the argument to where the people are—and the people are in the mosques.