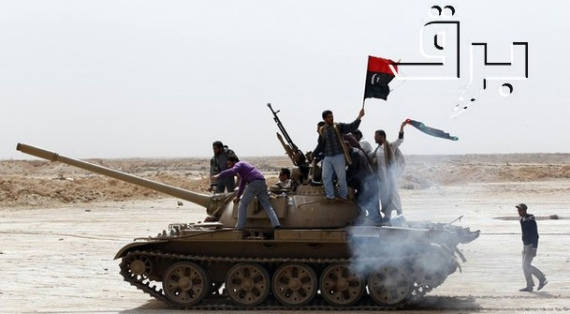 Recent analyses of the Arab Spring have questioned the efficacy of nonviolent resistance compared to armed struggle in ousting authoritarian regimes. The relatively expeditious victories of the nonviolent uprisings (not “revolutions,” as some suggest) in Tunisia and Egypt stand in stark contrast to Libya, where a disparate amalgam of armed groups, guided politically by the Libyan Transitional National Council (TNC) and backed militarily by NATO, are on the verge of removing Moammar Qadhafi from power. As someone who has written extensively about civil resistance, notably in the Middle East, while at the same time working on the Libya portfolio within the State Department, I’ve been grappling with the meaning and significance of the Libyan revolution and its possible impact on the region.

First of all, like most people, including my State Department colleagues, as well as democrats and freedom fighters around the world, I am delighted that an especially odious and delusional Libyan dictator is getting the boot. I applaud the bravery and determination of the Libyan people, who have endured four decades of a despicable dictatorship and have made great sacrifices to arrive at this point. I hail the extensive planning that my U.S. government colleagues have undertaken over the past five months, in concert with Libyan and international partners, to support a post-Qadhafi transition process.

At the same time, I do worry about the short and longer term effects of a revolution-in-the-making that has relied so much on violence and foreign military power—for Libya and the rest of the region. As I write this, Tripoli remains a contested battlefield where at least 400 people were killed and 2,000 injured on the day opposition fighters first entered the city. Although looting and reprisal killings have so far been minimal, and the TNC has preemptively condemned vigilantism, it is hard to predict how many more deaths will occur before civil order is achieved. Meanwhile, approximately 100,000 Libyan refugees were forced to flee to Tunisia and Egypt, while another 75,000 IDPs are scattered around Libya.

Opposition victory may very well be imminent—I certainly hope so. But the prolonged armed struggle has increased the likelihood that violent clashes and revenge killings will continue, even after the transition, while making post-conflict reconciliation difficult. An article in Thursday’s Washington Post quotes a Libyan fisherman who, while thrilled that the Qadhafi era is almost finished, expresses misgivings about having to patrol Tripoli’s streets with weapons he doesn’t know how to use, and being unable to shield his children from the violent bravado. “We try to stop our children from seeing weapons, but what can we do? Now they all want to use weapons.”

The fisherman’s comments touch on a couple of important insights about violent and nonviolent resistance that Erica Chenoweth and I describe in Why Civil Resistance Works. In the book, we explain why nonviolent resistance campaigns have been overwhelmingly more successful than their armed counterparts at toppling dictatorships, challenging foreign occupations, and achieving self-determination over the past century. Our central argument, which Erica describes in more detail in her Waging Nonviolence post, is that nonviolent campaigns have been more successful than armed ones at achieving higher and more diverse participation, significantly enhancing the campaign’s resilience and leverage over the adversary. When large numbers of people from diverse societal groupings stop obeying and apply sustained nonviolent pressure—using tactics that readers of this blog know very well—it becomes difficult, and often impossible for even the most brutal regime to maintain power.

The anti-Qadhafi uprising in Libya began with spontaneous unarmed protests in Benghazi and other cities. When the Qadhafi regime, not surprisingly, responded to the protests with massive force, the regime reaction spurred protests in other parts of the country and led to a number of high-level defections by Libyan diplomats and government elites. But armed struggle quickly overshadowed the nonviolent resistance, eliciting an even fiercer regime response. At that point, the Libyan opposition became highly reliant on outside powers, beginning with UN Security Council Resolution 1973, which called for the implementation of a no-fly zone over Libya and the use of “all necessary means” to protect civilians. Later, the opposition depended on NATO air strikes, an influx of weapons, and training from outside powers to liberate the country.

The anti-Qadhafi rebels faced the daunting task of unifying disparate armed groups and training civilians, including doctors and lawyers who had never picked up a gun, how to become guerillas. Meanwhile, Qadhafi’s main center of gravity, Tripoli, remained mostly unmolested for months while anti-regime fighters fought to liberate territory in various parts of the country, struggling mightily against regime forces with vastly superior firepower. NATO’s air campaign helped level the playing field, but Qadhafi was able to ride out the storm for months. Coordination between rebel fighters and international forces faced formidable obstacles.

By contrast, the Egyptian and Tunisian popular uprisings benefited from minimal outside support. Their power came from the mass civil disobedience involving the regime’s key pillars of support, including workers and large-scale defections within the military. But those defections did not happen automatically—they occurred only after the masses of unarmed protestors wrote the proverbial writing on the wall through their sustained civil resistance.

While I will not presume to know whether civil resistance could have succeeded in toppling Qadhafi, I cannot agree with those who insist that nonviolent resistance could never stand a chance against a regime as thuggish as Qadhafi’s. Nor do I concur with those who have maintained that nonviolent resistance cannot succeed in societies divided along ethnic, sectarian or tribal lines. A 2008 Freedom House study and my own research with Erica found that societal divisions, even deep sectarian and tribal divides, are not insurmountable obstacles to successful nonviolent campaigns. An example that challenges that claim, which is chronicled in my edited book, Civilian Jihad: Nonviolent Struggle, Democratization and Governance in the Middle East, is the Lebanese “independence intifada” (commonly referred to as the “Cedar Revolution”) which brought out more than a million Lebanese Christians, Muslims, and Druze to downtown Beirut to demand the withdrawal of Syrian occupation forces in 2005. After forcing the resignation of a pro-Syrian prime minister, the broad-based uprising pressed on until Syrian forces left the country and free elections were held. Another case featured in Civilian Jihad was that of the youth-led “Nabiha 5” nonviolent campaign in Kuwait, a country famous for its tribal divisions, which succeeded in uniting some unlikely bedfellows before successfully transforming the country’s electoral system. Societal heterogeneity, I would posit, is less determinative than the ability of resistance leaders to develop an inclusive political and social vision, a diverse and decentralized organizational structure, and nonviolent actions that enjoin the participation of multiple societal groups based on shared grievances.

I am particularly concerned about the demonstration effects of Libya’s violent pathway in Syria, where hundreds of thousands of anti-regime protestors have maintained remarkable nonviolent discipline while courageously facing down a disgustingly brutal regime. Till now, the Syrian opposition has largely eschewed violence and opposition leaders emphasize that they do not want to see a “Libyanization” of their conflict. But the temptation to pick up arms must be growing stronger, which is troubling to say the least.

A turn to armed struggle, which might seem like a good idea given all of the positive media coverage of Libya’s armed revolt, would decrease the likelihood of an opposition victory in Syria while increasing the chances of prolonged post-transition violence. I can only hope that the international community, including the U.S. government, will continue to do whatever possible—diplomatically, politically, and through sanctions—to support the gutsy nonviolent protestors in Syria and incentivize defections amongst erstwhile regime supporters. In short, while the U.S. government and our allies in the international community will strongly back the Libyan people’s quest for a democratic future, I hope that Libya’s revolution-in-progress does not become a model for the region.

Note: The thoughts expressed here represent the author’s and not necessarily those of the U.S. government.

Maria J. Stephan is the chief organizer and co-lead of the Horizons Project, which is focused on strengthening relationships and collaboration between the social justice, peacebuilding and democracy communities in the U.S. and globally. She is the co-author of "Why Civil Resistance Works: The Strategic Logic of Nonviolent Conflict," "Bolstering Democracy: Lessons Learned and the Path Forward," and "Is Authoritarianism Staging a Comeback?" Follow her on Twitter @MariaJStephan.

The challenges of building a united resistance in Duterte’s Philippines

Libya’s Revolution: A Model for the Region?