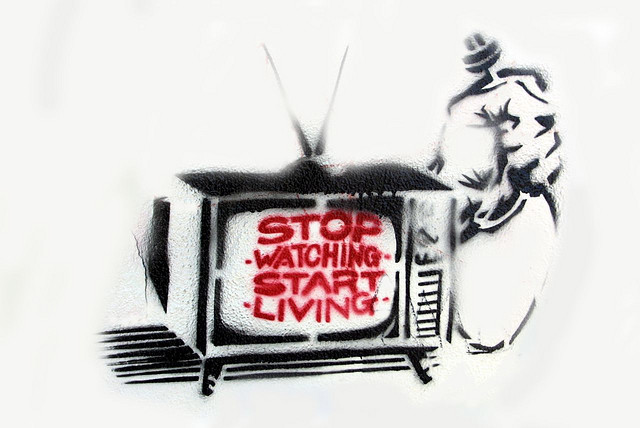 This country is famous for one of the most organized and inspiring nonviolent movements in modern history. It unfolded sixty years ago in the aftermath of the Holocaust in Europe and focused on the racism that was an unresolved legacy of the Civil War. It was brilliant, but sadly, not enough.

Last week in Mississippi, Deryl Dedmon, Jr. and John Aaron Rice, along with a group of ‘psyched up’ white teens, left a party with the intention of finding an African American to ‘mess with.’ Driving sixteen miles to the other side of town they set upon the first man they saw—James Craig Anderson—and beat him viciously. Eighteen-year-old Dedmon, now charged with murder, stayed behind long enough to run Anderson over with his truck and leave him for dead. To top it off, his lawyer went beyond human decency to protect his client, insisting that it was not a racially motivated crime.

Maybe, on some level, it’s a positive sign that we do not want to admit that there is still racism in this country, despite the experience of people living in James Craig Anderson’s community, immigrant families in Arizona, farmworkers in California, or sleeping children in Afghanistan. But denial isn’t going to make the problem go away. What will make it finally go away is a recognition that racially motivated crimes have a cause and that we can get to it by shifting our awareness from hate crimes to just simply hate.

Unfortunately, our country takes the opposite route: from hate crime to crime, leaving us with a cycle of retribution and injustice that will never solve the problem. Racism is a form of violence and it isn’t going away until we repudiate violence itself. We demand that our political leaders be “tough on crime,” but forget to ask ourselves, where are the candidates who are “tough on hatred, tough on violence”?

One needn’t look far, then, to see one critical reason why racism doesn’t die—a reason  that we ignore only because so many of us are numbed into insensitivity by its sheer familiarity. We ourselves saw a shocking example the other day on the main street of liberal Berkeley: a graphic poster for a popular television program with the bold message, “LET’S GO KILL SOMETHING.”

Coming as it did right after the very real murder in Mississippi, the echo was sickening. It isn’t just the message that violence is fun, but the enabling denial that makes violence possible, which is dehumanization: you cannot kill something, of course, but someone, some form of life.

There is something we can do, however, if politicians will not: we can start turning our backs on violence as a form of “entertainment.” In one recent study carried out at the Max Planck Institute for Evolutionary Anthropology in Leipzig it was shown that children were three times more likely to behave with empathy if they were shown a picture of two dolls in a friendly pose than if the doll images were negative or neutral. There are so many studies now showing our sensitivity to this “priming,” as scientists call it, that the effect is something we can no longer deny but on the contrary can take responsibility for and use it as a lever for pushing back against, and eventually perhaps banishing the violence that’s become endemic in the industrial world.

“Mind precedes action” as the Buddha said, and getting extremely dehumanizing images—the constant fare of our films, books, and video games—out of our minds is the point of leverage from which to start getting real or physical violence out of our lives. Right now we are relying on violence for “security” in everything from individual bullying to criminal “justice” and finally war. It will be a long struggle to rebuild every one of those behaviors and institutions, but that struggle can’t even begin until we detoxify our mental environment and let our native capacity for empathy —which science has recently shown to be well ‘wired’ in our very nervous systems—regain the upper hand.

One advantage of starting this by boycott of violent media is that it doesn’t need to be organized; we can just do it, and we should not overlook the power of even one mind that is concentrated and backed by positive energy. From there, of course, by educating and organizing we can start growing the change into a real movement. Many individuals and many families have borne witness to the healthier, sometimes deeply happier lives they enjoyed soon after they stopped watching television. Once the initial feeling of deprivation subsided, their taste for reality (which violence is not) came back into their lives. Pointing this out and experiencing it will add drive to this key campaign that is surely a sine qua non for racial justice. For this reform cannot take place in a vacuum because as Martin Luther King said, “Injustice anywhere is a threat to justice everywhere.” Nor can it take place on the political or even the social level alone because it’s by now too deeply rooted in how some people think and see the world.

Not all media need be renounced, however. One recent attempt to portray at least part of the other side is the film Help, which illustrates what the famous Norwegian peace researcher Johan Galtung has called the “Great Chain of Nonviolence,” where oppressed, voiceless people—in this case black domestic workers in the south—link up by a chain of relationships to people in power, in this case through friendships that naturally form with the white women they work for. Help is an indifferent success, however; some reviewers have felt it was sappy at best and racist at worst due to the depiction of black men as abusive, alcoholic and illiterate. It may only help to confirm the belief that violence is real (the graphic effect of the “Let’s go kill something” vampire genre), whereas love and nonviolence are only weak and uninteresting imitations.

Much better is a 1989 film, The Long Walk Home, with Whoopi Goldberg, Cissy Spacek, and Dwight Macdonald. It not only stares racism in the face, but it is also one of the few films in history to show an actual representation of nonviolence working against a fierce opponent—something even Attenborough’s Gandhi, for all its sophistication, did not quite do. In the climactic final scene a group of terrified black women penned in by a chanting racist mob conquer their fear by singing a pertinent spiritual and walk unhindered through the confused men trying to stop them. This is realism: many scenes like it actually took place in the Civil Rights movement and elsewhere..

With the likes of Gandhi, The Long Walk Home, or the 1995 political drama Beyond Rangoon we could “reprime” our lives. When we run out of such films—and Lord knows they are rare—we can spend time with friends and family that we would otherwise have spent watching someone else’s idea of entertainment. As Gandhi once said, evil does not exist: it can only make its appearance as long as we cling to it. Why not put that to the test by not clinging to images of violence?