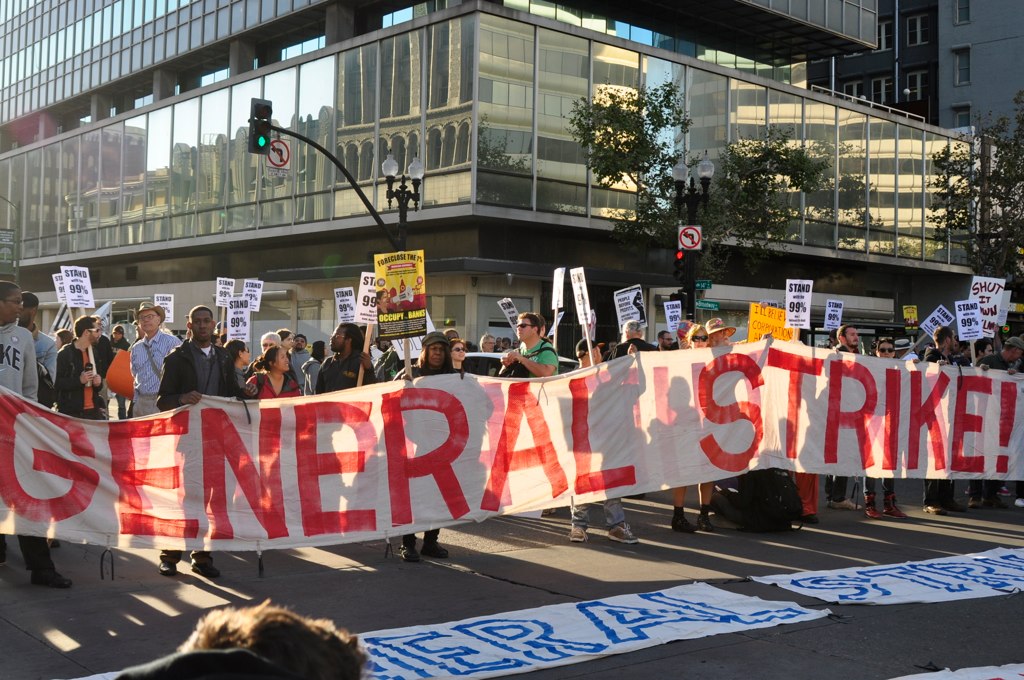 Poised on the threshold of a new year, I’m again drawn to a metaphor for the challenges and opportunities we face in this urgent time of ours: the crossroads.

Two roads intersect, and now we confront an unavoidable choice. Do we carry on as we always have—or do we, with courage and imagination and verve, make a dramatic course correction?

While it may be too early to definitively rank 2011 as the year of the Great Nonviolent Turning (even greater things may be coming in the new year or in the years that will follow it; or, on the contrary, the passage of time may reframe this period entirely), the events of the past twelve months—from Tunisia to Egypt, from Greece to Spain, from Chile to Jeju Island, from China and Russia to a more or less Occupied America—have signaled a growing determination for a qualitative shift.

Here the symbol of the crossroads is especially apt. Traditionally it signifies, not an arbitrary or simplistic decision (Coke or Pepsi?), but a momentous choice: a turning point, a decisive situation, or a set of life-altering options. The worldwide movement for nonviolent change that has been gathering momentum this year seems to be placing before us such immense choices: Radical economic disparity or sustainable equality? Oligarchy or democracy? Militarized culture or a more nonviolent civil society?

These are not minor alternatives. Real change of this magnitude will require profound structural metamorphosis. This will not appear out of the blue. Nor will it happen merely because we wish it so. Instead, it will depend on movements that derive their power from a deep transformation of personal and social consciousness and identities; a willingness to let go of certain reliable (if debilitating) assumptions about how the world is ordered; and a commitment to face the consequences for taking these still as yet unclear steps for change.

The crossroads in its deepest sense may also be useful here. Anthropologists report that the crossroads in some cultures is a symbolic space signifying both danger and spiritual transformation. Why? Because it is betwixt and between. Everything which came before, that was fixed and certain, is no longer fixed and certain. Nor have we yet arrived in the new world. At the crossroads, life and death meet, microcosm and macrocosm merge, good and evil collide. There is no safety net as we make the transition to a potentially new life, new identity, new community.

To transform an economic order that has been at least a century in the making will mean both thoroughgoing political change and a profound shift in consciousness and identity. Letting go of our deeply-ingrained self-image and worldview—and then creating new ones as individuals and as societies—is an experience of life and death. If this seismic shift begins, every effort to stop it will be used by the powers that be. We can expect this—and must be prepared psychologically, spiritually, sociologically, and politically to weather this and to use every creative, nonviolent means at our disposal to engage and transform this backlash.

When we enter this crossroads, we will know it.

We know it, for example, when the symbolic and concrete infrastructure of the dominant order is challenged—hence the strong reaction to and visibility of the Occupy Wall Street movement.

This jolt is experienced whenever we dramatically challenge the principles and assumptions of the prevailing order—when, for example, we touch the “third rail” of U.S. national security which holds that America has the right to the majority of the world’s resources and the concomitant right to use military force to defend this entitlement.

This is a deeply-entrenched (if often invisible and unconscious, at least to U.S. citizens) conviction that was codified by George Kennan in 1948. As Richard Manning explains, Kennan (who is most famous for his role in constructing the policy of “containment” of the former Soviet Union) wrote a national-security memo as the head of a State Department planning committee that laid out this assumption:

“We have about 50 percent of the world’s wealth but only 6.3 percent of its population,” Kennan wrote. “In this situation, we cannot fail to be the object of envy and resentment. Our real task in the coming period is to devise a pattern of relationships, which will permit us to maintain this position of disparity without positive detriment to our national security. To do so, we will have to dispense with all sentimentality and day-dreaming; and our attention will have to be concentrated everywhere on our immediate national objectives. We need not deceive ourselves that we can afford today the luxury of altruism and world-benefaction.”

“The day is not far off,” Kennan concluded, “when we are going to have to deal in straight power concepts.”

Here Kennan forthrightly enunciates a fundamental policy position that has been at work for 60 years, even as it has been soft-pedaled and obfuscated—a policy that is as applicable, it seems, to the economics within the United States as it is to the nation’s economic dealings with the rest of the world.

As we stand at the crossroads, we long for a new direction that is at cross-purposes with such a blueprint for power.

If we truly succeed in challenging and transforming this fundamental orientation, it will mean sweeping psychological and spiritual—as well as economic and political—change. One of the steps in this direction will likely mean a reframed U.S. position in the world and a transformed national life. Increasingly, commentators are writing about the benefits of such a reduction—see these reflections by Nader Mousavizadeh, Michael Ignatieff, and Charles Kenny.

But standing at the edge of our contemporary crossroads is less about how we will fare and more about choosing a world that works for everyone.

With each passing day, the call to embark on or deepen this breathtaking journey for the well being of all grows more clear and distinct.

Solitary not yet over at Rikers, but advocates keep fighting

Betwixt and between the old and the new