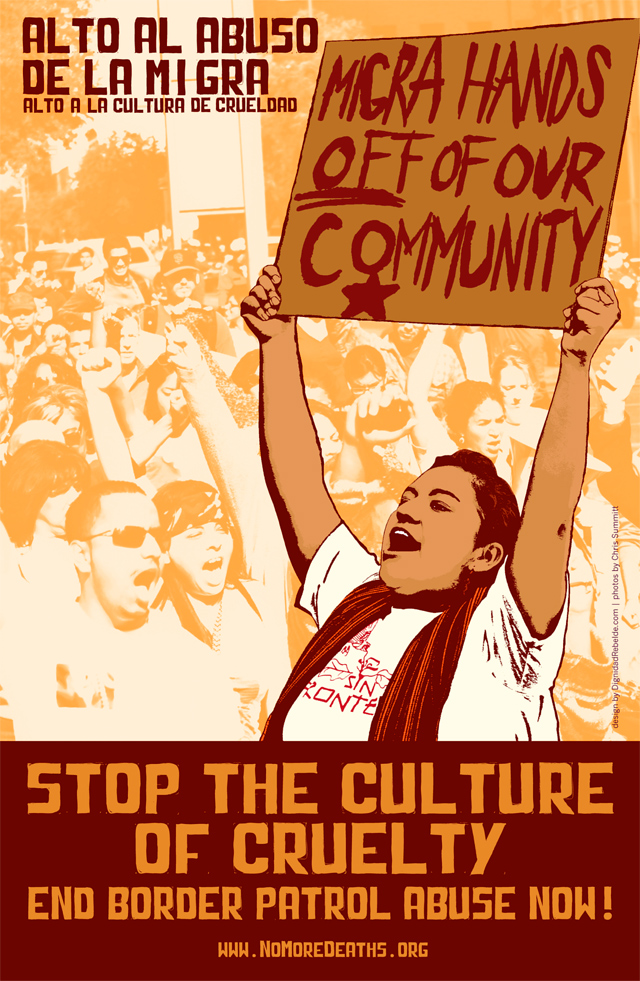 Nonviolent action should be a truth-telling act. Gandhi, famously titling his autobiography Experiments with Truth, understood his life of nonviolent action to be intimately connected with seeking “satyagraha,”—truth force—a rich, depth-filled praxis as a means of transforming conflict and winning hearts and minds. Truth-telling holds enormous power for social change. Storytelling, like SmartMeme’s ReImagining Change or Utah Phillip’s Wobblie-inspired folks songs, tugs at the heartstrings needed for individuals to engage in the struggle. Information sharing, like Daniel Ellsberg’s Pentagon Papers or Wikileaks’ caches of classified communiqués, forcibly change the direction of public discourse by disclosing the secrets intended to hide the truth. Human rights reporting, like Amnesty International’s global advocacy for political prisoners, has contributed to increased people-powered and institutional pressure for policy change. Truth-telling, then, in a public, honest and transparent way can hold a central function in pulling the curtain back on injustice and be a means for organizing creative, effective responses.

In September 2011, the humanitarian aid group No More Deaths released a shocking human rights report entitled Culture of Cruelty: Abuse and Impunity in Short-Term U.S. Border Patrol Custody. This is the organization’s second report; in 2008, it published Crossing the Line which narrated the stories of over 400 individual accounts of abuse of migrants while in Border Patrol custody. Their new report contains even more detailed evidence, concluding that “the abuse, neglect, and dehumanization of migrants is part of the institutional culture of Border Patrol.” Data collected from almost 13,000 individuals in 4,130 interviews—over the course of a three year period while simultaneously providing direct aid to repatriated and deported migrants—unmask an often-untold (or at least, unheard) story of pervasive and systemic human rights violation committed by a federal agency in the United States.

Vicki Kline, a spokesperson for No More Deaths who also co-wrote the report, commented on the report’s findings:

We hope to achieve increased public (and policy-maker) knowledge of the complex set of contextual circumstances that have led to 1) the current border situation, and 2) an institution [Border Patrol] that has the capacity to institute simple changes that make them more accountable to the public and their stated policy of treating people with respect and dignity. They do not appear to be making those change and has, instead, continued to be a place the creates a culture in which abuses of people’s dignity are permissible.

Culture of Cruelty documents more than 30,000 instances of abuse from respondents—the most frequent being denied or provided insufficient food while in custody; length of custody ranged from a few hours to more than 2 days. This may not seem “that abusive,” but considering that migrants in detention are often held after having been arrested in the desert, the punishment is particularly harsh. It is not uncommon for migrants to have been in the desert for days at a time—many without enough food or no food at all. But there is more. The report highlights twelve areas of concern regarding Border Patrol treatment of detained migrants:

• Failure to Provide and the Denial of Water

• Failure to Provide and the Denial of Food

• Failure to Provide Medical Treatment and Access to Medical Professionals

The report copiously substantiates—quantitatively and qualitatively—its findings regarding the areas of concern. For example:

April 15, 2010, with Angélica from Mexico. Angélica has a son in Oregon. When the Border Patrol apprehended her group, agents handcuffed them to one another and made them walk in a line for 20 minutes in the dark. She fell because it was difficult to walk and agents pushed her. While she was in custody in Yuma on March 14, agents threw away all of her possessions, including medicine. Border Patrol agents kicked Angélica in the stomach and denied her medical attention. When No More Deaths volunteers met her on April 15, she reported persisting pain in her abdomen.

May 18, 2010, anonymous man from Mexico. He stated that he had lived in Wisconsin for 14 years and Texas for one year, and has family in the U.S. The interviewee and his group were apprehended by Border Patrol agents. Many people asked for water and did not receive it. Some were wounded and did not receive medical care. They were told neither where they were being taken nor where they were being held in custody. The agents used curse words and racial epithets and told the detainees, “You are illegal, you don’t have rights.”

Yet what is remarkable about this report is not just its finding, but that the process that produced it—like its 2008 predecessor. It was born out of the painstaking work of a community-based human rights groups: non-professionals. That is, No More Deaths is an all-volunteer community group of concerned citizens (not all of whom are documented) who, for the most part, are rather ordinary. They are students, retirees, teachers, pastors, skilled workers, and social service providers. Bringing together young and old alike to “end death and suffering on the U.S.-Mexico border,” No More Deaths funds itself, has no paid staff, operates by consensus, and is rooted in a tradition of nonviolence called civil initiative. A problem was identified, the root causes were identified, and a small group of concerned people got together to come up with a response that took personal responsibility for finding solutions for the issue.

Both reports were a direct response from the aid work No More Deaths was engaged in and it informs decisions as to where its limited energies and resources should be put. “The abuse documentation project sprang out of humanitarian work; so that has always been really important—we started documenting things that people told us in the course of providing first aid, or responding to crises,” said Kline, who recently returned from presenting the report to the Human Rights Commission in Mexico City and migrant aid groups in Oaxaca. Kline continued:

We didn’t just go in with an idea that we wanted to document what we believed what was happening; we began documenting the repeated stories and experiences that people were sharing with us. The point of the reports is to inform people of the situation on the ground; policy and history; the lived experience of people who have been in short-term border patrol custody.

Culture of Cruelty represents an activist group at its best: relevant to the needs of a community, collaborative sharing of power, high quality results, accessible to the public and other institutions, and has the freedom to engage in activities that respond directly to the identified problems. “We’ve only focused mostly on abuses in short-term Border Patrol custody,” said Kline. “But our documentation uncovered other issues within the larger immigration detention system, issues related to the health impact of deportations of people who’ve been living in the U.S. for extended periods of time, and the impacts of changing demographics of repatriations and the flow of migration. The deportation impact report will be released this season. The rest is leading to other conversations about where do we go from here?”

Culture of Cruelty: Community-based truth-telling on the border