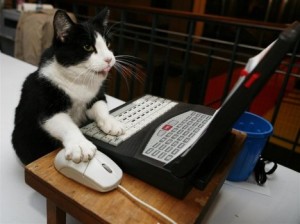 Oh, I’m sorry. Am I the last person on the planet to know this word?

In my defense, I am closer to 40 than 30 and closer to 50 than 20 (if you must know) at this point. I am a classic late adopter. I got my first cellphone in 2003 and have not advanced much beyond rudimentary texting (full words and proper punctuation intact). Tablets and iPhones and all of their paraphernalia make me physically anxious (so small, so fragile, so powerful).

The reason this all comes up is that I did my own bit of clickivism recently. I signed an e-petition asking President Barack Obama to veto a bill sitting on his desk.

House Resolution 347 and Senate Bill 1794 were reconciled and approved on March 1 (with only three dissents), resulting in a bill that now sits on President Obama’s desk awaiting his signature. It’s innocuously called “Federal Restricted Buildings and Grounds Improvement Act of 2011.” Sounds like a public works program, doesn’t it? Is it one of Obama’s shovel-ready projects aimed at getting the unemployed back in the saddle? Not quite.

In essence, the bill places much harsher limitations on when and where protests can happen by allowing law enforcement to charge protesters with federal crimes if they protest on federal grounds, or at any location occupied by someone protected by the Secret Service, or at any location deemed of “national significance.” This could be any place that the Department of Homeland Security decides—for example, the Democratic and Republican conventions, or the upcoming G8 summit (just moved from Chicago to Camp David, just in case Obama kills the bill), or the NATO meetings (still scheduled for the Windy City).

As Russia Today (always happy to declare the U.S. a totalitarian police state), wrote on February 29:

The new legislation allows prosecutors to charge anyone who enters a building without permission or with the intent to disrupt a government function with a federal offense if Secret Service is on the scene. … Covered under the bill is any person protected by the Secret Service. Although such protection isn’t extended to just everybody, making it a federal offense to even accidently disrupt an event attended by a person with such status essentially crushes whatever currently remains of the right to assemble and peacefully protest. Hours after the act passed, presidential candidate Rick Santorum was granted Secret Service protection… In the text of the act, the law is allowed to be used against anyone who knowingly enters or remains in a restricted building or grounds without lawful authority to do so, but those grounds are considered any area where someone—[whether] it’s President Obama, Senator Santorum or Governor Romney—will be temporarily visiting, whether or not the public is even made aware. Entering such a facility is thus outlawed, as is disrupting the orderly conduct of “official functions,” engaging in disorderly conduct “within such proximity to” the event or acting violent to anyone, anywhere near the premises.

When it was all said and done, the House voted to accept the Senate version in a 388 to 3 vote (with 42 not participating). Republicans Justin Amash (a 31-year-old Tea Partier and avid Facebooker from Michigan who opposed the National Defense Authorization Act) and Dr. Paul Broun (Georgia) voted against the measure along with Democrat Keith Ellison (Minnesota).

Amash—my new best friend—posted on Facebook after his “no” vote:

The bill expands current law to make it a crime to enter or remain in an area where an official is visiting even if the person does not know it’s illegal to be in that area and has no reason to suspect it’s illegal. (It expands the law by changing “willfully and knowingly” to just “knowingly” with respect to the mental state required to be charged with a crime.) Some government officials may need extraordinary protection to ensure their safety. But criminalizing legitimate First Amendment activity—even if that activity is annoying to those government officials—violates our rights.

The e-petition against the bill has more than 2,000 signatures and is hoping to collect 2,500. I signed it. It took 25 seconds (thanks to Google Chrome autofill). So I guess I’m a clicktivist now.

I hesitate to even waste time defining “clicktivism” for savvy online readers such as yourselves, but here goes: it mushes click (what we do on our computers to choose things. Wait, we all still click, right?) and activism. It has come to denote online activist activities like signing petitions, donating money and spreading the word about a campaign or issue via Twitter, Facebook or other even more mysterious mechanisms. I also like clicktivism’s cousin: slacktivism, which is more or less the same thing but with the pejorative connotation ratcheted up a few notches and made explicit. Slacktivism can also refer to ostentatious and expensive charity trends like the Feed Bag and (Red).

Some computer-based activism is very easy, attractive and in some cases even effective. In Digitally Enabled Social Change: Activism in the Internet Age, authors Jennifer Earl and Katrina Kimport discuss how new technologies are “leveraged affordances” (man, I wish I were an academic) that reduce the “costs for creating, organizing, and participating in protest” and “aggregate individual people’ actions into broader collective actions” without all those people having to be in the same place at the same time.

They do not argue that clicktivism should replace in-the-streets agitating, organizing and confronting. Rather, they offer lots of examples of how a well-developed virtual strategy can provide more points of entry into a particular struggle or issue. A group at Notre Dame convened a some bloggers (including yours truly) in December to discuss the book and activism in the Internet age.

One interesting issue that they raise is the cost of activism. Can an act be both easy and transformative? “Some long time activists,” they write, “might dispute characterizing online participants as activists, noting the ease of online participation. … For some, activism might have to be difficult, by definition, and entail confrontation and hardship.”

I hail from the hard knocks school of activism—namely that the harder the witness is, the better. I know that is not absolute, could be full of holes and maybe (just maybe!) stems from my Catholic upbringing, which was so unavoidably and unapologetically steeped in the blood of the martyrs. But there is something to it, right? Our history of social and political change is full of people who have been hurt and killed to bring about that change. Abolitionists, suffragists, civil rights activists, union organizers, Occupiers—these people have gotten their heads (and worse) bashed throughout the ages. We don’t remember the names of Rosa Parks or Elizabeth Cady Stanton because they squeezed a little activism and rabble-rousing in between their office job, their hair appointment and cocktails with the girls. They were no slacktivists.

All over this country right now, people are doing hard work for social and political change. Through the fall and winter, and in the face of concerted opposition and police violence, people tried to hold the political and physical space opened up by Occupy in September. Although it was supported by millions who were involved online (doing everything from donating pizzas, monitoring web streams and spreading the word), it depended most of all on actual people holding actual space.

I would be curious to know how many people have been arrested in the Occupy movement in the last six months. I bet it is a lot, and I bet a lot of people have been arrested multiple times. And, while all that activism and foment and suffering has not resulted in a fundamental reordering of our economy so that the needs of the 99 percent are being met and justice and equality reign, the long term implications of all the experiences, revelations, friendships, insights and commitments forged in the crucible of Occupy are immeasurable and revolutionary. That kind of rich on-the-ground experience is not a click away, and it never will be.

About that anti-protester bill? No word yet if there is a real live street opposition to it. Watch your Flickr (oops, I mean Twitter) feed for news. Click.

Can activists on computers save activists in the streets?