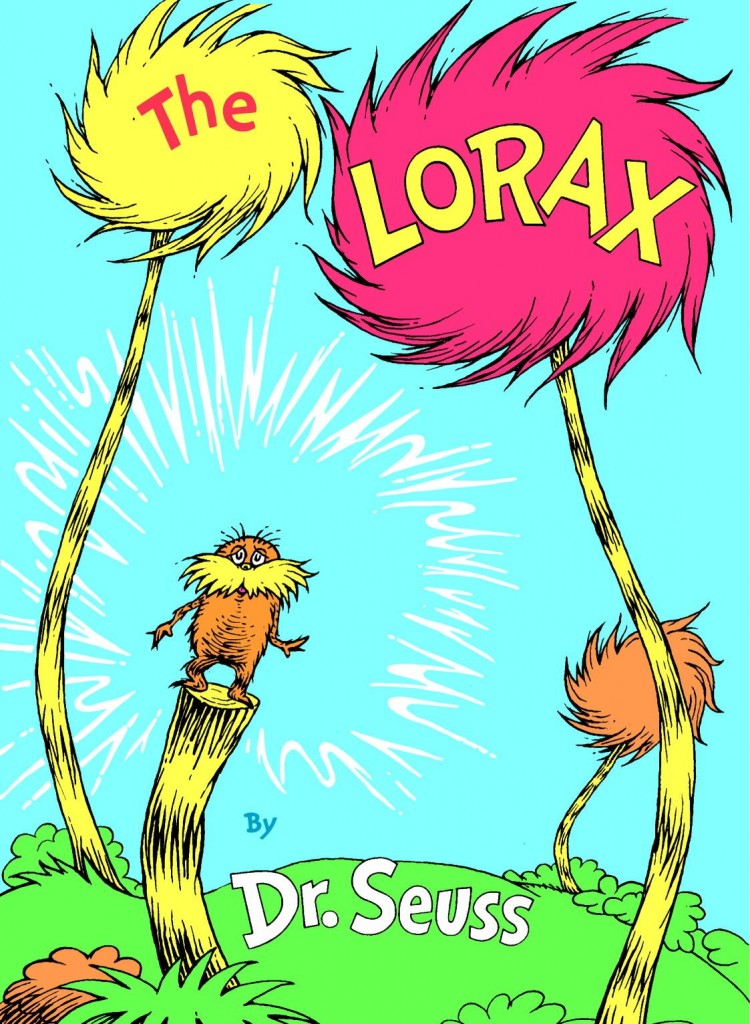 If you have ever read Dr. Seuss’s environmentally-themed children’s classic The Lorax — or had it read to you — perhaps these words will sound familiar:

“But now,” says the Once-ler, “now that you’re here, the word of the Lorax seems perfectly clear. UNLESS someone like you cares a whole awful lot, nothing is going to get better. It’s not!”

This message of individual responsibility has served as an introduction for many children to the idea of environmental stewardship. And now it is being spread to a vast audience on the big screen. When it premiered earlier this month, The Lorax was not only the biggest box-office debut in 2012, but also the biggest opening weekend in Universal Pictures history. Not bad for a story that condemns the voracious industrialism of the Once-ler, who clear-cuts the forests for the sake of shortsighted profits, and champions the Lorax, a forest creature who “speaks for the trees.”

But what about this message of individual responsibility as salvation? Is it really the radical fix our culture needs to save the planet? Or is it a message more befitting of a big-budget Hollywood film with 70 different product tie-ins?

To be fair, The Lorax is such a seminal work in environmental literature that it might be accurately called, as a recent Nature article put it, “a kind of Silent Spring for the playground set.” It is therefore not surprising that when Seuss wrote it in 1971, he drew upon the emerging field of ecology — which promoted a “holistic” worldview where people are inextricably linked to their environments. He also addressed issues of economic externalities, property rights and consumer demands. A close reading of The Lorax reveals advanced economic and ecological ideas, elevated by colorful photos and poetic prose.

Nevertheless, there is another aspect of his analysis that is a product of its time: individualism. It’s no coincidence that the 1970s is remembered as the “Me Decade” — a time when many activists emerging from the counterculture of the late 1960s became disillusioned with political activism. Indeed, Charles Reich’s 1970 bestseller The Greening of America argued that a shift in individual consciousness was essential for ecological social change. Perhaps the most concrete example of the counterculture’s influence on modern environmentalism comes from the title of Reich’s book: the term “green” (as in Green Party and green consumerism).

Stewart Brand’s classic 1968-1972 Whole Earth Catalog offers perhaps the best example of this depoliticization and turn to individualism. The catalog promoted a wide range of energy-saving devices, appropriate technology, and other environmentally friendly tools for saving the planet. The same year The Lorax was published, Brand said, “Individual buyers have far more control over economic behavior than voters.” Brand’s emphasis on individual responsibility (rather than political solutions) and technology is central to contemporary American environmentalism. Today, thoughtful politicians can barely even phase out inefficient light bulbs — much less legislate comprehensive solutions — and every environmental problem is addressed with a technical solution.

Like the Whole Earth Catalog, The Lorax suggests that environmental destruction is both a personal shortcoming — such as the ethical failure of the Once-ler — and a personal responsibility — exhibited by the small boy, who at the end, is entrusted to replant the forest. While the moral force of an individual is essential to nonviolent social movements such as environmental justice, the myopic focus on individual responsibility too often obscures systemic problems.

I don’t mean to suggest that the personal actions people take to reduce their environmental impact are pointless, but rather to argue that these actions have the unfortunate tendency to render environmentalists complacent. I’ve known too many people who bike and recycle, and think they have done their part. This is known as the “single action bias.” As Columbia University’s Center for Research on Environmental Decisions discovered, when people react to a threat like climate change, they often rely on just one moderate action, such as riding a bike. The researchers concluded, “People often take no further action, presumably because the first one succeeded in reducing their feeling of worry or vulnerability.”

This often leads into another shortcoming of individual action called the “rebound effect.” Too often, conscientious consumers — myself being no exception — save money on energy efficiency, then immediately turn around and purchase more products with the saved money.

Recycling is another virtuous and well-intentioned environmental act, but it too often becomes an end in itself, a sacred act devoid of a larger context. Because only 3 percent of the total waste in the United States comes from municipal sources (and not all of that waste is recyclable), if everyone were to religiously recycle 100 percent of all recyclable products, 99 percent of the solid waste would still remain. We too often celebrate recycling, and neglect the more important actions of reducing and reusing. Ultimately, we need to challenge our disposable culture of hyper-consumption that creates these vast mountains of waste.

Fortunately, there are resistance- and awareness-raising efforts underway, such as with Buy Nothing Day, No Waste Day, Boycott Black Friday and Reverend Billy’s Church of Stop Shopping. But it will take more than living simply and rejecting “commodity fetishism.” We will also need to build and strengthen our communities because, as the venerable environmentalist Bill McKibben has argued, “individual actions don’t add up to enough.”

Imagine if we had lists of “Ten Things You Can Do to Save the Planet” that included “organize a group of your friends and meet with your community leaders” or “engage in a direct action protest at your local coal plant.” It’s this idea of communal cooperation, as opposed to isolated efforts, that gives rise to powerful social movements. A perfect example is the Green Belt Movement, which was initiated by the late Kenyan environmentalist and 2004 Nobel Laureate Wangari Maathai. By connecting individual actions — undertaken as part of a larger group mission — with larger social imperatives, Maathai and her Green Belt Movement planted over 40 million trees and in the process challenged a corrupt government and exploitative industries.

Perhaps the final scene of The Lorax can be read with this in mind. As the future of the forest — the last “Truffula tree” seed — is entrusted to a small boy, he is instructed to “Plant a new Truffula. Treat it with care. Give it clean water. And feed it fresh air. Grow a forest. Protect it from the axes that hack. Then the Lorax and all of his friends may come back.” After all, that’s an awful tall order for just one person.

Why are the big movies of 2013 so disempowering?

A week of action to stop tar sands profiteers

Students assert their ‘right to dissent’ in India

For whom does the Lorax speak, the trees or consumers?