Hard to believe it was seven years ago this week that 20 or so friends and I were fasting and vigiling outside of the U.S. naval base at Guantánamo Bay. It was a dusty and inauspicious place. A very spiffy and proper Cuban military checkpoint full of friendly but taciturn military personnel were all that distinguished this little spot of earth from the surrounding shrub, pasture and farmland. Goats roamed freely, scampering back and forth across the barbed wire fencing like so many nuns at Fort Benning in the early days of the School of the Americas protests. It was far from the heart of darkness we were told to expect.

Having walked to this spot over the course of five or six days, we had hoped to continue through the Cuban military zone onto the U.S. naval base, where we intended to meet with the 700-plus men who were then interred at Guantánamo Bay. Our mission was to take their testimonies regarding their treatment and experience, and bring letters out to their families and loved ones. We also planned on sitting with the men and women who guarded, interrogated and tortured these men. We wanted to hear their stories too.

But we were able to go no further. Despite days of entreaty, the U.S. Southern Command — which oversees Guantánamo — would not grant us access. We reminded them that President George W. Bush had countered questions about human rights abuses and torture at Guantánamo with an invitation to “come and see for yourselves.” Turns out that was just lies and braggadocio — the Red Cross, the United Nations and our rag-tag bunch were all denied access.

Instead, we fasted, vigiled, held daily eucharist, prayed the rosary, held a press conference (the international media came all the way from Havana to hear our statements) and waited. When we returned to the United States, we did not try to hide that we had traveled to Cuba. In fact, we invited prosecution as an opportunity to shed light on the torture, abuse and cruel limbo imposed on the men being held there — more than a thousand of whom passed through Guantánamo after being entangled in a global dragnet, bought with bounties and held without charge. The vast majority of these men have since been proved innocent of all accusations of terrorism.

The Bush administration did not prosecute us. And we began organizing to shut down and end torture. We made headway. For a time, it seemed that public opinion was solidly on our side. Hundreds joined us in Washington, D.C., for annual actions on January 11, which is the date in 2002 that the first planeload of men came to Guantánamo as “unlawful enemy combatants.”

We — and countless others — were heartened by candidate Barack Obama’s promise to shut the base down and restore the United States’ moral authority throughout the world by ending the shameful practice of torture. And we were vindicated by the fact that one of his first acts as president was to sign an executive order committing to shutter the island prison in a year’s time. We even considered (briefly) closing up shop. I thought: If the President is going to shut down Guantánamo, maybe we don’t need to vigil in the cold and snow and heat and humidity under unflattering orange jumpsuits anymore. But those with longer memories and more experience said: Wait, let’s see what he does, not just listen to what he says.

Four years later, President Obama will again take the oath of office on a frigid January day. But this time, he will lack much of the heady “hope and change” folderol. Very little has changed in terms of Guantánamo since Obama was elected the first time. When he took office, there were 242 men at Guantánamo. There are now 76 fewer, thanks to Palau, Albania, El Salvador, Ireland, Bermuda and the nearly 50 other countries that have accepted men from Guantánamo as refugees, giving them some sense of freedom and a new life. But still 166 men remain at Guantánamo, 87 of whom have been cleared for release.

Adnan Latif was one of them. In fact he had been cleared for release three times, twice under reviews conducted by the Bush administration and once in 2009 through an Obama administration process. But the Yemeni man was not released from Guantánamo and on September 8, Latif was found dead in his cell.

The Obama administration had decided that no Yemeni citizens would be returned to their home country regardless of circumstances because of security concerns in that country. And the U.S. Congress has succeeded in keeping any Guantánamo prisoner from coming to the United States. Meanwhile, innocent men continue to languish. And they will continue to die.

As Baher Azmy, legal director at the Center for Constitutional Rights, observed in an op-ed piece in The New York Times recently, “The government has not yet identified the cause of Mr. Latif’s death, but it is Guantánamo that killed him. Whether because of despair, suicide or natural causes, death has become an inevitable consequence of our politically driven failure to close the prison — a natural byproduct of the torment and uncertainty indefinite detention inflicts on human beings.” 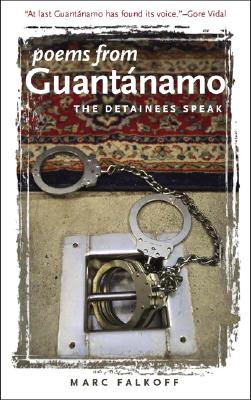 Latif wrote poetry in Guantánamo to try and stay sane. His work, and that of 16 others is featured in “Poems from Guantánamo,” a collection published by the University of Iowa Press. He wrote:

Where is the world, indeed! On Friday, January 11, the world (or at least the conscience of the world) will be in Washington, D.C., at the White House and Congress, demanding once again that Guantánamo close, that indefinite detention, solitary confinement, torture and all manner of abuse end. Our small group of friends who walked to Guantánamo seven years ago will be there, and so will all those who have joined us as Witness Against Torture over the years, along with the human rights and legal community. Won’t you join us too? Stand for human rights, for justice and for Adnan Latif.

How Afghanistan’s peace movement is winning hearts and minds

The road to Guantánamo and back