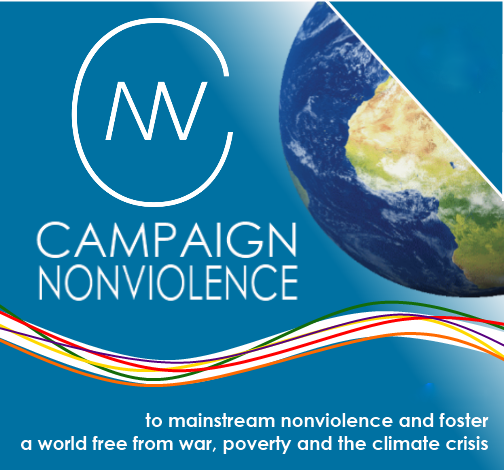 Awash in the churning tsunami of violence that crashes through our world almost hourly — this week it included the unspeakable suicide bombings in Peshawar, the terror attack on the Westgate Mall in Nairobi, and the horror of a mass shooting on a basketball court in Chicago — it is difficult to believe that violence does not firmly and implacably hold the upper hand. But we are living in a time — in part precisely because of the catastrophic violence we face — when people everywhere, either out of desperation or a miraculously incongruous sense of hope, are turning to the nonviolent option. In spite of everything, a swelling movement across the planet is moving methodically forward with a mysterious confidence in the possibility of this third way.

There are no guarantees with nonviolence, but we are steadily coming to appreciate that the odds increase for a more constructive outcome when we wage conflict guided by a deep understanding of its methods and dynamics.  By positing the effectiveness of nonviolent people power — even against harrowing and risky obstacles — tremendous gains can be made. Assuming that nonviolence doesn’t work, on the other hand, can lead to disastrous consequences, a point that Maciej Bartkowski, the editor of Recovering Nonviolent History: Civil Resistance in Liberation Struggles, drove home this week about the civil war in Syria (here and here).

In spite of the enormous violence we face, there are indications that a nonviolent shift may be underway. Proliferating campaigns, tools, research, training, and educational programming geared to mobilizing the power of nonviolent change are increasingly at our disposal. We’re not headed to utopia, but we may be on the road to a world increasingly equipped to create nonviolent solutions to the intractable violence and injustice we face.

Campaign Nonviolence — which launched a few days ago on the International Day of Peace — is the fruit of this reflection.

The idea is simple. Let’s all pledge to take the next year to study nonviolence — and to prepare for nonviolent action.

And a year from now, let’s take nonviolent action in the run up to the 2014 Congressional elections — in cities and towns across the country — calling for concrete steps to tackle the climate crisis, poverty, and war, including banning military drones.

The Campaign Nonviolence Pledge is rooted in a tradition where people have committed themselves to take action together for justice, peace and sustainability. This tradition includes Gandhi’s vow of ahimsa or nonviolence and the Pledge of Resistance. Building on what some of us learned from organizing the latter campaign, the Declaration of Peace was signed by 20,000 people in 2006 as a cornerstone to a movement mobilized to end the U.S. war in Iraq. That campaign culminated in 350 nonviolent actions across the United States supported by 800 organizations, and contributed to making the elections that fall a referendum on the war, where the U.S. public clearly rejected the ongoing combat and occupation of Iraq. Most recently, over 75,000 people have taken the Keystone XL Pledge of Resistance, which is training and mobilizing people across the country to prevent the United States from approving the pipeline — or to respond with nonviolent civil disobedience if it is approved.

Campaign Nonviolence invites us to sharpen our nonviolence vision and toolbox, gather with others to study and to act, join with organizations working for justice, peace, and sustainability, and take the next year to get ready for nonviolent action — in our everyday lives and in our world clamoring for change.

A new movement for nonviolent change