It wasn’t the rain that stopped 36 people from getting arrested last month at a Keystone XL pipeline protest in Boston — it was likely State Department officials. After protesters blocked the front entrance to the Tip O’Neil Federal Building, security officials refused to arrest anyone. Intent on committing civil disobedience, however, the protesters moved and blocked another entrance — all while organizers announced with a bullhorn that the group was breaking federal law. But the security officials remained unwilling to accommodate the protesters. Eventually the situation dissipated and all 36 walked away without incident.

This recent experience begs the question: Has civil disobedience lost its effectiveness?

As intellectual historian Lewis Perry details in his new book Civil Disobedience: An American Tradition, last month’s Keystone XL protest was far from the first time civil disobedience has failed to provoke its desired reaction. In 1961, the civil rights movement used civil disobedience in attempts to desegregate Albany, Ga. However, Sheriff Laurie Pritchett had read Martin Luther King, Jr.’s memoir of the Montgomery bus boycott and understood that nonviolence was especially effective when it evoked a violent response. Publicly, the sheriff met “nonviolence with nonviolence” and denied the movement much-needed media attention. Later, Pritchett even bailed King out from jail to undercut his publicity. Fortunately for the movement, there were far more Bull Connors — the infamous safety commissioner who unleashed attack dogs and fire hoses on civil rights protesters in Birmingham, Ala. — than Laurie Pritchetts. 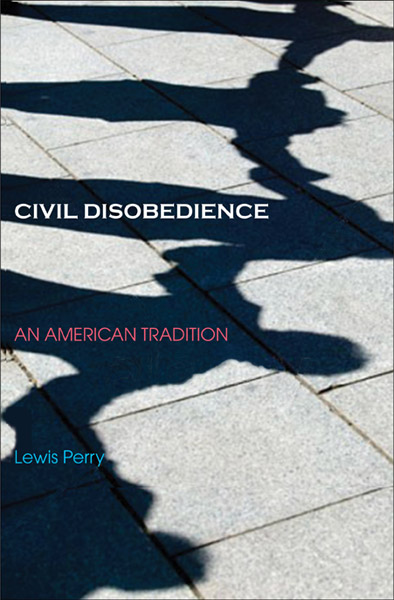 Examining the “practice, justification, and criticism of civil disobedience in the United States,” Perry claims his work is the first to analyze the grand narrative of extralegal protest. As a sympathetic historian, he hopes illuminating the subject’s origins and history will allow readers to grapple with the profound moral, political and legal dimensions of civil disobedience.

Although Perry admits civil disobedience is “an odd and elusive concept,” he is firm to distinguish it from forms of violent resistance or less direct actions like boycotts. “We cannot understand civil disobedience,” he contends, “if we generalize it to include all forms of resistance, day-to-day or extraordinary.” Like most respected theorists of dissent, Perry concludes civil disobedience entails a commitment to nonviolence, openness, respect for the law and subjecting oneself to the legal consequences. However, he does explore the most prominent fault lines: fleeing arrest, property destruction, self-defense and coercion.

Tracing the earliest examples of disobedience, Perry argues that the tradition originated when personal conscience — informed by “religious conviction” — was challenged by the power of the state. This delicate dance resulted in a “paradoxical feeling of wanting to respect the law and institutions of civil society while being unable to acquiesce in or ignore immoralities in those laws and institutions.” As a middle ground between acquiescence and rebellion, Perry argues civil disobedience emerged as “conservative law-breaking,” which “actually intensified respect for law.” Its widespread use transformed civil disobedience into an “extension of public life,” evolving from a tactic primarily concerned with private conscience in the 19th century to one “increasingly linked to power” in the 20th century.

For students of nonviolence, Perry’s scholarship offers both familiar and unexplored examples. His accounts of the civil rights movement and 1960s student protests are excellent but well-traveled territory. Perry excels when he explores those confrontations that have evaded historians for far too long. His first chapter details the case of Samuel Worcester, a missionary sent to “civilize” the Cherokee and was later arrested resisting their removal. Perry then restores the forgotten agency of black abolitionists, who straddled the line between obedience in striving for citizenship and disobedience in resisting slavery. He continues tracing the tradition through an overdue analysis of civil disobedience during the struggle for women’s suffrage and an investigation of extralegal dissent in the pro-life movement.

There is much to recommend in Perry’s scholarship, especially for active practitioners of nonviolent direct action. While Civil Disobedience offers a useful history for activists, readers should be warned it is not a quick read or one that elicits easy lessons. But broad parallels can be made — most importantly, as creativity is the lifeblood of nonviolence, thinking about past controversies can inspire activists in the present.

Perry’s scholarship affirms that nonviolent direct action has more in common with conflict than peace. Gandhi especially respected the discipline, coordination and preparation of soldiers. This lesson is quite relevant for climate justice advocates in light of evidence raised by Josh Fox’s disturbing new documentary film Gasland II. At a natural gas conference, a hidden camera reveals a fracking industry representative encouraging the use of U.S. Army counterinsurgency tactics against the populace of resisting towns. Clearly, the fossil fuel companies know the extraction of every last hydrocarbon means war. Therefore, activists must prepare to meet them on the battlefield of nonviolent conflict.

In both the abolition and the civil rights movements, effective use of nonviolent direct action emboldened advocates of slavery and Jim Crow. The current campaign against the fossil fuel regime reveals a similar recalcitrance. Despite increasing evidence and activism, the industry has doubled-down on denial and anti-renewable lobbying. As Has-Werner Sinn argues in The Green Paradox: A Supply-Side Approach to Global Warming, efforts by environmentalists have, perversely, accelerated the extraction of fossil fuels — with companies scrambling to extract as much as possible before social pressure blocks the carbon spigot. But rather than let this news dishearten their resolve, climate activists should heed the famous message — which Perry recalls — of an Industrial Workers of the World activist on death row: “Don’t mourn … organize!”

The biggest lesson offered by Perry’s scholarship concerns the dilemma Keystone XL opponents faced last month in Boston. He notes, “Every day’s newspaper includes an example of someone invoking a right of civil disobedience.” Although legitimate, Perry observes, it has also become circumscribed. And therein lies the great dilemma of civil disobedience: Its ubiquitous and orthodox practice is undermining its effectiveness.

However imperfect the parallel, the predictable deployment of civil disobedience at the Boston sit-in last month may have precipitated something similar to Pritchett’s outmaneuver of King and the civil rights movement. Organizers informed the State Department days beforehand and allowed federal officials to strategize a defensive posture. The sit-in was formulaic — a textbook action that might have only had a few minutes in the limelight. As an exceedingly civil protest, the action fell short of unbalancing authorities and provoking an embarrassing reaction.

A. Phillip Randolph — the famous civil rights leader, astute strategist of nonviolence and architect of the 1963 March on Washington — sought to avoid these kinds of actions. Instead, he counseled that nonviolent direct action must be “revolutionary, unusual, extraordinary, dramatic and drastic in order to be effective in placing the cause of a minority into the mainstream of national and international opinion.”

There are, of course, examples of such innovative dissent within the climate movement. Tim DeChristopher’s bold disruption of a corrupt oil and gas lease auction in 2008 saved thousands of acres of Utah public lands and invigorated the climate justice movement. Similarly, Ken Ward and Jay O’Hara’s blockade of a bulk coal freighter — with the small fishing vessel Henry David T. — precipitated a grassroots movement this summer that influenced the decision to shut down a Massachusetts coal-fired power plant. Then there’s the recent interference of coal trains in Montana, the disruption of tar sands extraction in Utah, and the valiant efforts of the Tar Sands Blockade in Texas and Oklahoma — not to mention the efforts of indigenous peoples reasserting their land rights. Each has shown how a new generation of activists can evolve time-tested tactics and directly target fossil fuel infrastructure.

After reading Perry’s Civil Disobedience, the challenge facing the climate movement is clear: It must make civil disobedience increasingly assertive and imaginative, and it must avoid descending into mindless permissiveness or counter-cultural antics. Practitioners must remember that disobedience is a means to an end — not an end in itself. Disobedience must remain radical — in the literal meaning of the word, “striking at the root” — while also appealing to a broad audience and encouraging solidarity. At best, actions should evoke empathy and stir the public’s conscience.

In short, civil disobedience will always remain necessary, but it falls to practitioners and theorists keep it relevant.

What if congressional staffers went on strike until protesters’ demands were met?

Has civil disobedience become too predictable?