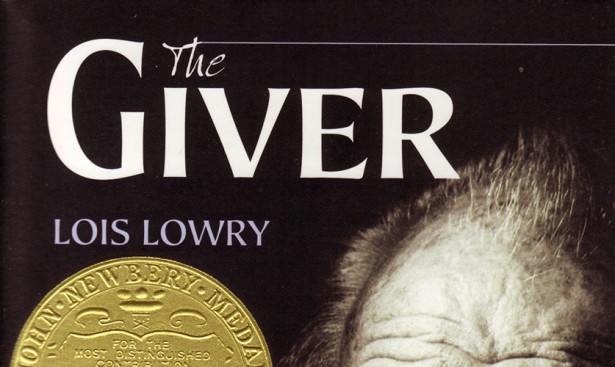 “The Giver,” a big-budget film adaptation of Lois Lowry’s beloved 1994 novel, hit screens across the country last month. Since its release, writers on the left have come out criticizing the past few years’ new wave of dystopian young adult fiction. Pointing to “The Giver” and successful film adaptations of the “Hunger Games” and “Divergent,” Andrew O’Hehir of Salon and Ewan Morrison of The Guardian, each claim that these popular series promote a radical free-market ideology, with O’Hehir going so far as to call them “capitalist agitprop.” However, rather than abandon YA dystopian fiction for its flaws, perhaps movements for social justice can see these stories of revolution as an opportunity to engage a broader audience.

Both Morrison and O’Hehir bemoan the individualism of the YA dystopian fiction genre on the grounds that many of the stories revolve around extraordinary individuals. In “The Hunger Games,” Katniss Everdeen is an unusually skilled hunter. Meanwhile, in “Divergent,” Tris and other heroes are genetically divergent from the rest of society, and the protagonist in “The Giver,” Jonas, possesses psychic memory. O’Hehir calls these traits “propaganda for the ethos of individualism, the central ideology of consumer capitalism, which also undergirds both major political parties and almost all American public discourse.” But what he’s missing is the basic fact that adolescents connect with these kinds of characters because they themselves are also carefully crafting their own identities. In short, O’Hehir is confusing character development with the ideology of individualism.

Furthermore, what’s the alternative to this kind of storytelling? I would hazard a guess that few audiences are yearning to see consensus decision-making processes on the big screen, or the long, hard and fraught development of some fictional united front. Characters are vehicles that allow writers across literary forms to tell stories that resonate with the experiences of their audience. People like stories, ones that — yes — highlight individuals and their extraordinary qualities. After years of seeing Dolores Huerta, Cesar Chavez and many others use personal storytelling in the day-to-day organizing of the United Farmworkers, Marshall Ganz developed a series of trainings to teach organizers how to tell their own stories as a way of bringing people into movements, arguing, “Our ability to empathetically identify with a protagonist allows us to enter into the story, feel what s/he feels, see things through his or her eyes. And the moral, revealed through the resolution, brings understanding.”

It’s both the form of these stories and their content that Morrison and O’Hehir take issue with. Because each film’s particular dystopia is defined by an oppressive state rather than corporate power, Morrison contends that they level “substantial attacks on many of the foundational projects and aims of the left: big government, the welfare state, progress, social planning and equality.” Critiquing the state, however, shouldn’t only be the province of the right. Anarchists have taken aim at it for centuries, and anti-war movements dating back to the Mexican War and even beyond have condemned the United States for overstepping its bounds abroad. From police brutality and militarization to costly, seemingly endless wars to near-ubiquitous government surveillance of the population, there are legitimate reasons — across the political spectrum — to be skeptical of mounting state power. Suzanne Collins, author of “The Hunger Games,” has even said coverage of the Iraq War and her own family’s military involvement were major inspirations for the series.

Disapproving of state violence also needn’t be lumped in with contempt for the welfare state or any other hard-won movement victories. Echoing Lenin, political philosopher Hannah Arendt made the point that, “Only the unlimited accumulation of power could bring about the unlimited accumulation of capital.” While not expressly anti-corporate in its orientation, “Catching Fire” offers viewers a striking illustration of wealth inequality bound up with political centralization and authoritarianism. Director Francis Lawrence brilliantly juxtaposes protagonist Katniss Everdeen’s home in District 12 — an impoverished police state at the center of the government’s extractive industry — with the elegant debauchery of the Capitol. On a press junket, “Hunger Games” star Josh Hutcherson even compared the film’s class divide explicitly to the mantra of Occupy: the 99 percent vs. the 1 percent. Apart from Katniss and her fellow revolutionaries, District residents aren’t under any illusion of living in a liberal nanny state.

Granted, these films are far from perfect. In its more communal elements, the dystopia of “The Giver” might be read as a bitter commentary on socialist utopian vision. The politics of these books and films are oblique, at best. Discerning whatever intention Lowry, Collins or “Divergent” author Veronica Roth had in mind when penning these best sellers might well be impossible. Whatever sympathies authors do share are bound to be tempered by image-conscious corporate publishing houses and Hollywood marketers. That the authors don’t — as Morrison laments — have bona fide radical credentials like H.G. Wells or George Orwell is because the left has been systematically destroyed over the course of the last 40 years. This isn’t to say that genuine progressive creative expression isn’t possible, but that it’s far less likely that a given popular author would have documented political allegiances. Why? Because far fewer people affiliate in any capacity with the left. If those still in it are serious about building a mass movement, now probably isn’t the time to be kicking millions of young people excited about revolution out of the club.

Writing for the website Beautiful Trouble, Andrew Boyd and Jonathan Matthew Smucker discuss many organizers’ antipathy towards the American flag. Acknowledging the harm wrought under its banner, they make a case for not ditching the symbol: “To shun the flag out of an understandable distaste for nationalism is to let our opponents monopolize it. It allows them to use these powerful symbols uncontested. It lets them shape the collective story for their purposes.” Fox News has already managed to claim the symbols of YA dystopian fiction for the political right. In a review for Fox News, former Bush staffer James P. Pinkerton praised “Catching Fire” as “an Anthem for our time, a well-crafted cry from the heart against top-down injustice and oppression.” Unsurprisingly, Fox also took a liking to “The Giver,” declaring that the film “has a message for contemporary American culture. As we have thrown off all restraint, individualized morality and considered every idea as having equal value, ‘The Giver’ shows where this could ultimately lead.”

The fight to claim YA dystopian fiction, however, is not yet lost. When discussing “The Giver,” Fox News’ Megyn Kelly actually said it best: “This film means different things to different people.” Therefore, now might be the time for progressives to start claiming Tris and Katniss in the battle for meaning.

Movies rarely get politics right, and that’s okay. That stories like “The Hunger Games,” “Divergent” and “The Giver” are breaking box office records speaks to a popular acknowledgement that something needs to change. Even if it were true that these films were meant to vaccinate kids against the left, there’s no socialist state — or even highly programmatic, institutionalized left — for these young alleged individualists to react against: In the 21st century, it has yet to be built. Is it possible that a 13-year-old will read “Divergent” and develop a critique of the social safety net? Perhaps, but what’s more likely is that the same teen will gain a lens through which to understand the vast inequality around them. They might even get an idea that they could do something about it.

Kate Aronoff is a Brooklyn-based freelance writer, the Communications Coordinator for the New Economy Coalition, and a co-founder of the Fossil Fuel Divestment Student Network. Her writing has appeared in The Nation, The American Prospect, Dissent and The New York Times.