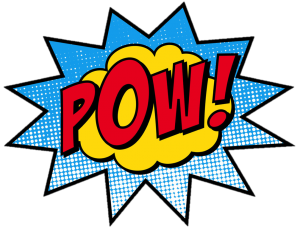 “War is merely the continuation of politics by other means,” wrote the Prussian Gen. Carl von Clausewitz. Lately, it’s been sounding like the other way around. That’s not likely to change soon, since the language of warfare and violence pervades Americans’ discourse, even when we’re not talking about war. But as we struggle to come to terms with what wasn’t heard during the campaign, we need also to reckon with what was.

“The country has descended into full partisan battle mode,” proclaimed the Washington Post in typical campaign coverage, while journalism sites warned against relying on such warlike clichés. Warn away; they were everywhere.

Candidates targeted, took aim, opened fire, attacked and counterattacked. They engaged in scorched earth verbal warfare and exhibited a take-no-prisoners style as they shot from the hip. Those who were losing made excuses when they bombed, yet, they soldiered on as long as they had a fighting chance because, in the primaries at least, it was a war of attrition. But when they were out-gunned, they bit the bullet and, bloody but unbowed, thanked their armies of volunteers for fighting the good fight.

Campaigns focused on battleground states, sent in attack dogs and ran attack ads paid for by money bombs. They deployed their secret weapons with which – or more likely whom – they bombarded voters, hoping all the while to find the smoking gun or, better yet, a bombshell with which to ambush an opponent.

It’s a given that this campaign was particularly combative, but I’m not talking about what the candidates said to each other or to their followers. I don’t mean to beat up on the media, either; they’re doing a good enough job of that themselves. What I am talking about is how we talk about campaigning and selecting our country’s leadership. I’m calling out the violent, militaristic, belligerent language, memes, metaphors and images that have become so commonplace in our speech that it’s nearly impossible to get through a routine conversation without resorting to them.

It has continued since the election, albeit not quite as regularly. A Washington Post headline on Nov. 12 asked, “What’s next for Democrats? For starters, a battle for the soul of their party.” An NBC News headline on Nov. 28 announced that “Trump Meets Petraeus as Battle Over Secretary of State Continues,” while in another headline on Dec. 15, Fox News pondered, “Settling Scores? Trump team resumes battle with press.” And Columbia Journalism Review, a site not high on the belligerence scale, noted in December that although the phenomenon of fake news is hardly new, “One factor unique to our modern discontent is the terrain upon which that battle is fought.” Sure I’m cherry-picking, but examples are not hard to come by.

Why does this matter, especially now that the voting is over? Well, in addition to a lack of imagination and a surfeit of generals proposed for the next administration, when we talk as if we’re always embattled and as if vanquishing is the only form of winning, that threatens to become the lens through which we see the world. It also makes not just politicians but everyone who sees the world differently from us into the enemy who must be vilified. And look where that’s gotten us.

That process is similar to what happens in wartime, where military jargon — that twisting of language for propaganda purposes and the jazzy, Orwellian names for weaponry, tactics, and missteps — becomes code for behavior civilians wouldn’t understand and wouldn’t want to if they could. In the bone-chilling book “On Killing,” Dave Grossman, a psychologist and former Army Ranger, argues that it becomes easier to overcome the humanly innate reluctance to kill people the farther one moves away from them. The language we choose to describe people and events can be a form of distancing too.

I know that words are not actions — that talking about battleground states is not the same as calling up militia, that “bombshell” never meant the same thing as “bomb” — but if we demonize political opponents as we demonize military opponents, any form of useful discussion becomes impossible. I’m not advocating some anodyne healing, false comity, or hushing of grievances. There are ways to resist other than declaring war, and to do that, it would benefit nearly everyone to find different words to describe how we got here and how we will go forward.

We’ve been at real war for a long time — more than 15 years in Afghanistan — without counting the numerous shorter incursions into other countries over the past 50 years. I’ve spent the last nine years reporting on people who fought those wars, many of whom have come to regret it. We’re all weary of war — the wars of tactics and the wars of words. When I find myself talking about fighting for peace, I fear the battle is lost.

Nan Levinson is a writer, teacher, and journalist, covering civil and human rights, culture, and the military. Her latest book, "War Is Not a Game: The New Antiwar Soldiers and the Movement They Built," is now available in paperback with a new preface.

Syrian women organize for security, one tent at a time