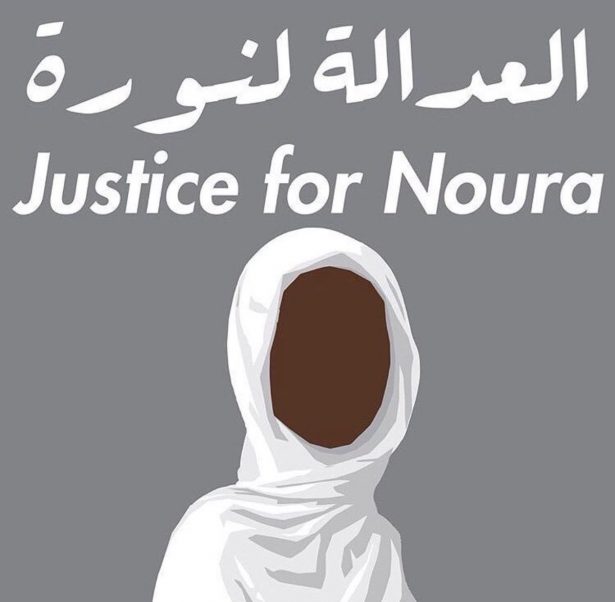 Last Thursday, Sudanese teenager Noura Hussein Hammad — a rape survivor in a forced marriage — was sentenced to death for killing her husband in self-defense.

It was two years ago when Noura was raped by her husband, while his male relatives forcefully restrained her. When her husband attempted to rape her again the following day, she defended herself by stabbing him to death.

Noura then sought refuge at her family’s home. But this was the same family that — three years earlier, when she was just 15 — had arranged for her to marry her cousin. Upon hearing Noura’s account of what had transpired, her family turned her over to the police, never again visiting or supporting her.

Noura was held in Omdurman prison for a year. During that time, her husband’s family could have urged the court toward monetary restitution and forgiveness, but instead they pushed for the death penalty. The date of Noura’s execution has not yet been set.

In the Sharia law of Sudan, marital rape is not a crime. To the contrary, its family law dictates that a woman cannot refuse sex with her husband, and a girl can be wedded once she hits puberty.

Noura was simply trying to defend her own life in a nation with extremely repressive and patriarchal laws and traditions. But over 700,000 petitioners — organized across the world under the hashtag #JusticeForNoura — are trying to save her life, as well as eliminate laws and practices that punish survivors who resist marital rape with the death penalty.

“I had to do something and not let this happen like it did for Asifa, and Zainab, two little girls that have been recently raped and killed in Pakistan,” wrote petition creator Zaynub Afinnih, who is based in Rouen, France. “I am, too, a teenager, and I could have faced the same thing as Noura if I was born in Sudan.”

Arfinih’s petition is being aided by a complementary strategy. Since direct appeals to Sudan’s government, which is headed by war criminal Omar al-Bashir, might fall upon deaf ears, activists with the Pan-African network Afrika Youth Movement, or AYM, have begun targeting the leaders of other African countries.

“We acknowledge that the Sudanese president is not that interested in the reaction of — or calls from — the West,” AYM North Africa coordinator Sodfa Daaji said. “But we do know that he has an interest in maintaining good relations with African countries. This is why we are asking the African Union to directly follow up Noura’s sensitive case and urge [al-Bashir’s] intervention.”

Despite AYM’s strong desire to save Noura’s life, the group hadn’t heard her story until a few days prior to Thursday’s court hearing. What’s more, Daaji had never worked on an anti-death penalty campaign and had to spend the first three days learning about Sudan’s judicial system, religions and cultures to ensure their advocacy would be impactful.

Using the relationships they have built while lobbying for various causes over the years, movement organizers with AYM’s Pan-African network have managed to draw attention to Noura’s story within the United Nations and the African Union.

According to Sudanese activist Zahra Hayder, outside pressure on Sudan “has often worked.” She cited the case of Meriam Yahya Ibrahim, a pregnant Christian teenager who was imprisoned for refusing to convert to Islam and forced to give birth while shackled to the floor in 2014. International outcry drew attention to the plight of non-Muslim Sudanese, and eventually Ibrahim obtained asylum.

If an equally effective international campaign for Noura succeeds, much remains to be done at the grassroots level to protect her and countless other young women facing similar charges. Among the most pressing short-term concerns is Noura’s care while she remains in prison. Nahid Jabralla, director of the Center for Training and Protection of Women and Child’s Rights, or SEEMA, has been in direct contact with Noura.

“She is strong because she knows that a lot of people are supporting her,” Daaji said. “The support is making her feel that she is not alone and that she has a family.”

Even if Noura is released, she faces the possibility of revenge from her husband’s family, or even her own family. So Jabralla and her colleagues are doing everything in their power to ensure adequate protection. Such work, however, carries great risk in Sudan. While attempting to protect females and children within and beyond the capital city of Khartoum, where SEEMA is based, Jabralla has been imprisoned on multiple occasions and subjected to torture. In July 2012, she disappeared for some time, together with more than 2,000 other activists, journalists and members of the opposition during a wave of protests that were ultimately squelched by al-Bashir.

A local campaign called “No To Women Oppression Initiative” organized by a coalition of activists and progressive organizations has built solidarity support groups, a legal support group and awareness-raising actions (mostly on social media) that critique bad laws and practices.

On the legal end, Noura’s lawyers are developing an appeal based on the fact that she never gave consent to her marriage. At the same time, they are also doing all they can to raise awareness of Noura’s story. However, a recent planned press conference was banned by Sudan’s repressive national security forces. According to human rights activists in Khartoum, the crackdown is a direct result of the civil society campaign and the international media attention it’s drawing.

“She’s strong,” Daaji said, in explaining Noura’s current spirits. “Of course, a little depressed, but strong.” Daaji hopes that this campaign positively impacts the lives of more girls than Noura, even in countries beyond Sudan. “We cannot excuse [early marriage] anymore in the name of culture and tradition. Muslims do know that rape is haram, not halal [or forbidden, not permissible.]”

Phil Wilmot is director of Solidarity Uganda, an organization that trains and helps organize East African movements for civil resistance. He researches, consults, and writes about movements throughout Africa and is also author of "A Wolf Dressed in Sheepskin: A White Guy's Dilemma in a Ugandan Jail Cell."