Solidarity 2020 and Beyond is partnering with Waging Nonviolence to launch an exciting new webinar series called People Power: COVID-19 and Beyond. Anchored by grassroots activists, along with high-profile scholar-activists and journalists, the series will debut on Sept. 8 at 11 a.m. EDT on Zoom and Facebook Live with a conversation on the major unfolding nonviolent uprisings in the United States, Lebanon, Thailand and Zimbabwe. Regular installments will follow through the end of the year. All recordings will also be posted and archived on the YouTube channels for Waging Nonviolence and Solidarity 2020 and Beyond, making them easily accessible to those unable to participate in the live events. To sign up for the next webinar in the series, click here. 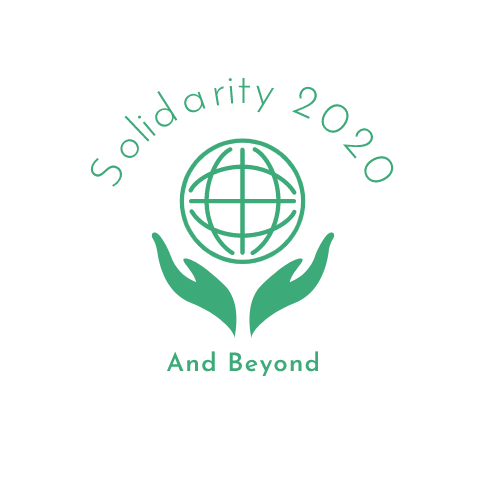 The series will highlight the voices of experienced and trained grassroots activists who are part of Solidarity 2020 and Beyond’s Global Grassroots Activist Network, working in more than 100 countries around the world. While educational webinars and ideological discussions have increased significantly since COVID-19, there has arguably been a dearth of grassroots voices working in the trenches. People want to know not only why, but how, to wage effective struggle at this key time.

With our new series, we hope to focus on the nuts and bolts of how to build and wage nonviolent campaigns and movements for dignity, justice and freedom around the world. The goal is to answer questions like: How do I begin to bring awareness and mobilize people to work for change? What do I do when my government chooses to use violence against unarmed protesters? Can nonviolence really overcome violent armed actors and militaries? How do I create a strategy and tactics that will work in my unique situation? What does my situation have in common with others? How important is training and preparation versus organic events that bring people out?

The field activists who will participate in these webinars have been trained by local groups and networks around the world, including Afrika Youth Movement and Action Aid’s Global Platform, Beautiful Trouble, International Center on Nonviolent Conflict, RHIZE, Inclusive Global Leadership Institute, Ekta Parishad, Training for Change and many more.

Movements in the Global South have been less understood and covered in mainstream media, which is why this series will prioritize these under-resourced and difficult mobilizing efforts in Asia, Middle East, Africa and Latin America. Yet, at the same time, we are also seeing major threats to democracy, climate crisis prevention and human rights in the United States and Europe. So solidarity is what we need most now.

This webinar series plans to amplify and make evident the truth that nonviolent campaigns and revolutions are happening at record numbers around the world, and its participants are learning from each other. The activists that will be featured are waging a broad variety of local, national and international struggles. These include movements for women’s rights and gender justice, environmental justice, racial justice, anti-corruption and good governance, disability rights, indigenous rights, democratization and self-determination.

The activists hope to accomplish four main goals through this series: to connect diverse activists from around the world to share experience and provide moral support; provide lessons learned and detailed knowledge to new organizers and activists; to share and discuss new and effective ways to continue struggles during COVID-19 and beyond; and to provide evidence of the extensive reach and activity of strategic and effective movements around the world today to build hope and resilience at this dark time.

On Sept. 8, the first webinar in the series will explore a range of ongoing movements, and feature:

The details for future webinars will be included in Waging Nonviolence’s weekly newsletter and on Solidarity 2020 and Beyond’s soon-to-be-launched website. The topics for upcoming webinars this month include: COVID-19 and the anti-corruption nexus (Sept. 16), nonviolent struggles for environmental justice (Sept. 22) and women’s leadership in movements (Sept. 30).

If you are an experienced activist, a budding organizer, a policy maker, researcher or journalist, or an ordinary citizen searching for hope and evidence of people working together for a better world, please join us for this exciting series of conversations.

Katherine Hughes-Fraitekh is an expert on peace building, social justice movements and nonviolent strategy and resistance. She trains, convenes, and researches in solidarity with hundreds of grassroots activists and social justice movements across the world, including travel to 75 countries over the last 10 years. She co-founded Solidarity 2020 and Beyond, an international network of grassroots activists, journalists and scholars supporting nonviolent movements and was most recently a 2020 Rotary Peace Fellow in Thailand. Previously, she was a director at International Center on Nonviolent Conflict and executive director of Peace Brigades International-USA.