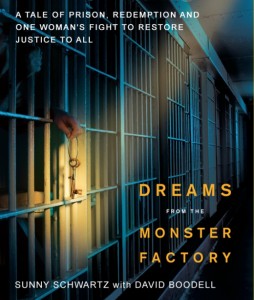 Helen Epstein’s new essay in the New York Review of Books begins by stating, clear as day, the disastrous violence of incarceration in the United States:

America’s prison system is in a dire state. Some 2.3 million people in this country are now behind bars, five times more than in 1978. Our incarceration rate is now higher than that of any other country in the world. Many, if not most, inmates probably should not be there. Sixteen percent of the adult prison population suffers from mental illness and should be in treatment; a similar fraction is made up of children under eighteen. Although there is little evidence that blacks are more likely to use drugs than whites, they are six times more likely to be imprisoned on drug-related charges. Of those, most have no history of violence or drug dealing, and were arrested mainly for possession of drugs.

Sexual and other forms of abuse in prison are common, reported by some 20 percent of inmates. These “monster factories,” as the lawyer and author Sunny Schwartz calls them, do little to break the cycle of violence in society and may even accelerate it. Roughly two thirds of those released from US jails and prisons end up back inside within three years. Some studies suggest that the experience of imprisonment can be so brutal and humiliating that it actually makes men, in particular, harder and meaner, so that the crimes they commit the next time around are even worse than what got them incarcerated in the first place.

Sunny Schwartz, says Epstein, developed a program at the San Francisco County Jail in San Bruno, California based on the principles of restorative justice.

Restorative justice, as Schwartz explains it, is based on the concept prevalent in more traditional societies that offenders must also try to repair, as far as possible, the harm they have caused others.

The program has had some success, but Epstein makes abundantly clear that the tragic condition of the prison system cannot simply be resolved from within. They are part of a wider web of racism, policing policy, illegal drug trade, underinvestment in urban education, and so much more.

Restorative justice, it appears, can’t be just a one-way street. Yes, an offender should try to repair the harm done to his or her victims. But so also the society has to bear responsibility for the subtler violence that helped bring about the crime. There must be both personal and collective reparation. Neither can truly happen, I suspect, without the other.

I recently spoke with Jennifer Llewellyn, a leading restorative justice theorist in Canada, who told me about her new—and necessary—effort to extend the concept beyond criminal justice to state-level politics and diplomacy. Keep an eye out for that.

Restorative justice in prison and beyond