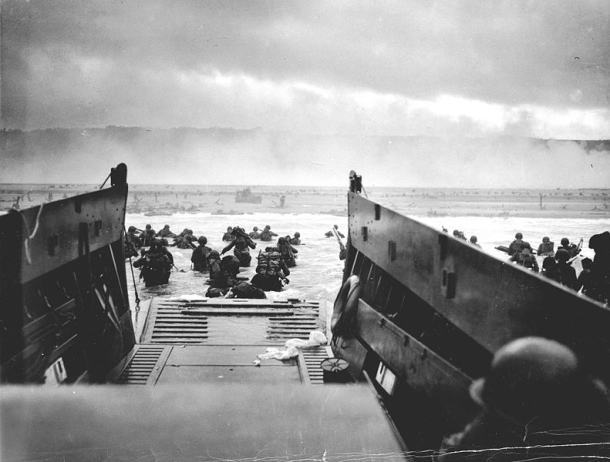 The BBC does a great service by adding to the D-Day anniversary fray a reminder that the “good war” was hardly as rosy as so often remembered.

And far from being universally welcomed as liberators, many troops had a distinctly surly reception from the people of Normandy.

The reason for this was simple. Many Normandy towns and villages had been literally obliterated by Allied bombing.

The bombardment of Caen, Mr Beevor said, could almost be considered a war-crime (though he later retracted the comment).

Many historians will retort that there is nothing new in Mr Beevor’s account.

Again, the controversy is not about whether such horrors were committed by Allied forces, but whether we need to be reminded of them.

After all, the scale of destruction is already well-established.

Some 20,000 French civilians were killed in the two-and-a-half months from D-Day, 3,000 of them during the actual landings.

As for the destruction of Caen, it has long been admitted that it was militarily useless.

Yes, we do need to be reminded. Again and again, World War II is taken as an example of war done right, for a good cause, against an evil enemy. If it happened then, the logic goes, we should be able to do it again. War anniversaries are important opportunities, against the urge to bask in some false glory, to recall the horror of what happened and commit ourselves not to let it happen again.

At the end of the report, Hugh Schofield of the BBC succumbs to the cheerful narrative that gives us war after war after war.

But in general, France has gone along with the accepted version of the landings and their aftermath—that of a joyful liberation for which the country is eternally grateful.

That version is the correct one. France was indeed freed from tyranny, and the French were both happy and thankful.

But it is still worth remembering that it all came at a cost.

Yes, but what good can that memory do us when fuzzy stories are allowed to blur over human carnage?

The Toll of D-Day