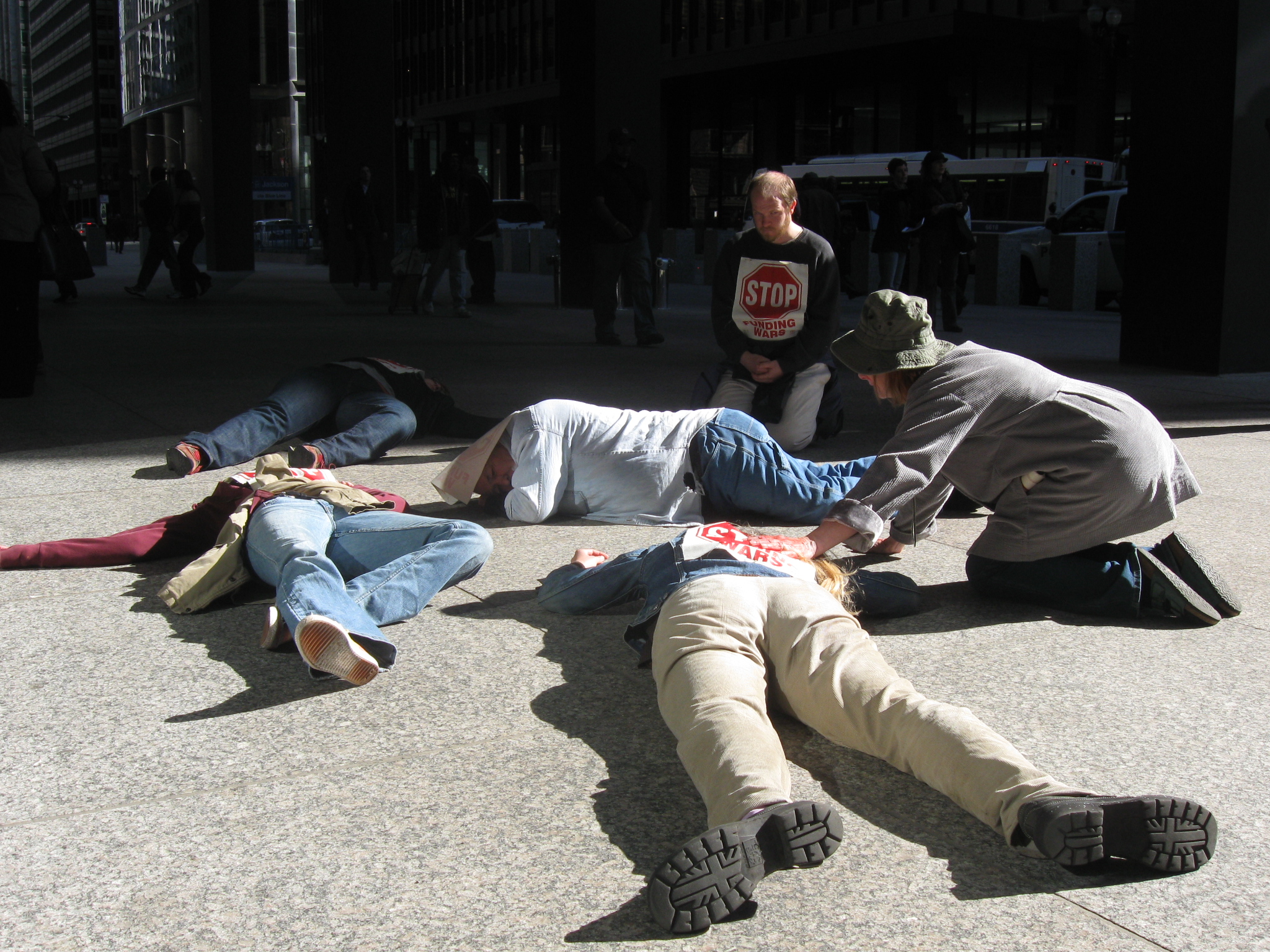 Sixty Catholic Workers and friends from the Midwest held a demonstration to contrast the Works of Mercy and the Works of War outside the Federal Building in Chicago, Illinois on April 26, 2010.  The nonviolent protest was the culmination of a weekend gathering known as the Midwest Catholic Worker Resistance Retreat that happens every spring and ends in nonviolent direct action.  This year’s retreat, “The Cost of War: At Home and Abroad” had over 200 people in attendance from all over the country.

The Midwest Catholic Worker Community is representative of a nationwide movement of Catholic Worker houses which have practiced the works of mercy since the movement was founded by Dorothy Day and Peter Maurin on May 1st, 1933. These works include providing hospitality to the homeless, feeding the hungry and practicing simple living.

Civil resistance is a part of our tradition and one rooted in hospitality.  We take to the streets because people are hungry and homeless because of an ever-increasing U.S. military budget.  At 9:00 a.m. Monday morning, seven activists sprawled out in front of the building–dramatizing the human costs of war– while twelve others, in shirts reading “Stop Funding U.S. Wars”, entered the building and refused to leave.  Seventeen Catholic Workers ended up being arrested. Others handed out food and offered coffee to passers-by to engage in the Works of Mercy and educate about the devastating effects of U.S. militarism.

Through our witness, we hope to highlight an alternative vision for building society that is based on a philosophy of personalism and works of compassion.  We are calling for an end to the wars in Iraq, Afghanistan and U.S. military aid to Israel.  Let us replace the Works of War by practicing the Works of Mercy.

Why protest won’t get the NYPD what it wants