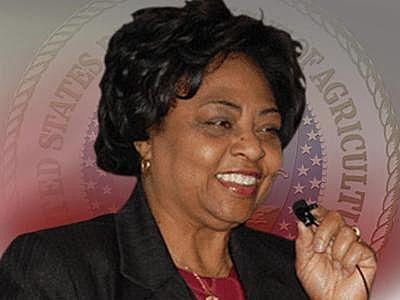 The character attacks, verbal harassment and forced resignation of USDA official Shirley Sherrod last month is one more example of the ugliness and insidiousness of gotcha journalism and craven political hypocrisy and expediency. By now, it is likely you are familiar with this tragic story of deception and betrayal. While apologies have been doled out like candy since the day Sherrod was fired, the American people have been left without answers to the questions of how and why the events of this injustice unfolded as they did.

On July 19, with the intention of advancing an agenda of hate, fear, intimidation and denigration, far-right zealot and propagandist Andrew Breitbart and his corporate collaborator Fox News Channel (FNC), two notorious smear artists and purveyors of disinformation, invented a story about racial discrimination and dressed it up as factual news. In doing so they successfully duped media organizations, the National Association for the Advancement of Colored People (NAACP), and top officials in the Obama administration. Breitbart and FNC, both of whom market themselves as paragons of truth, have a history of direct and malicious trickery. You will recall that in 2009 they convinced political leaders that White House green jobs czar Van Jones and the federally funded community-based organization ACORN were engaged in scandalous activities. The fabricated stories led to the firing of Jones and defunding of ACORN.

Shirley Sherrod is the latest victim of Breitbart and FNC and their right-wing propaganda machine. What they generated this time was a selectively excerpted, decontextualized and misleading video of a speech Sherrod gave at a NAACP function last March, effectively vilifying and railroading Sherrod with the charge that the video was not only incontrovertible evidence of reverse racism, but according to Breitbart it was “video proof” that “the NAACP awards racism”, and according to a FNC headline, it was “government discrimination caught on tape.” Seemingly, the targets of Breitbart and FNC were the NAACP and President Obama, not necessarily Sherrod. However, to incriminate and discredit the NAACP and Obama, they used Sherrod as a tool of convenience and as a means to end, utterly without conscience or a sense of responsibility.

In the manipulated video, Shirley Sherrod, daughter of Hosie Miller, a victim of racial murder by a white neighbor in the Jim Crow South, and wife of Charles Sherrod, a 1960s Freedom Rider and leading member of the Student Nonviolent Coordinating Committee (SNCC), is seen and heard recounting a time twenty-four years earlier when as an employee of a nonprofit land assistance agency she was initially disinclined to afford the “full force” of her job capacity to help a white farmer to save the family farm. The reason Sherrod cited for her pause and reluctance was the discrimination against black farmers she had witnessed during the span of her lifetime and career. In fact, the full anecdote shared by Sherrod that day revealed very clearly that she overcame any thoughts about permitting race to play a part in her decision making about human need. Instead, she summoned the courage and strength to confront her initial thoughts and feelings and, as a result, discovered her capacity for empathy and was guided by an unadulterated appreciation, respect and value for the impoverished, regardless of race.

Sherrod’s account of her experience while with the non-profit agency was a positive and heartwarming story about the remarkable healing and transformative power of compassion, altruism, critical self-awareness, and racial reconciliation. Among the points that Sherrod shared that day revealing profound personal insight and growth were, “We have to overcome the divisions that we have”; and it’s not about race but “about those who have, versus those who don’t”; and in quoting Toni Morrison, she said we must move toward a place where – “Race exists, but it doesn’t matter”. However, if you had believed the deceptive story manufactured and distributed by Breitbart and FNC, you may have come to a very different conclusion, as the NAACP and Obama administration did.

The witch hunt against Sherrod is a clear, representative example of mainstream media and political leaders abdicating their professional responsibilities, particularly ethical conduct, in favor of expedience and partisanship. In doing so, they ignore the wisdom and guidance of the centuries-old principles and values of nonviolence, including what is known today as nonviolent communication (NVC) or compassionate communication. NVC is about interacting with others empathetically. It involves engaging others through deep listening and observation, rather than through judgment and interpretation. NVC entails operating according to an ethic of care and responsibility and protecting and supporting one another with trust, honesty and compassion. An important objective of NVC is to seek and acquire information about our fellow human beings in order to connect with them on an individual and emotional level in the service of interpersonal and intrapersonal needs, e.g. love, care, kindness, understanding, community, belonging, support. NVC serves as an effective tool for avoiding language that may shame or humiliate others. Among the most practical functions of NVC is as a vehicle to address and resolve existing or potential negative conflict.

The misguided choices that led to the victimization of Shirley Sherrod may have been avoided if the propaganda distributed by Breitbart and FNC had been scrutinized carefully using the principles and process of NVC. It would have served as a valuable resource to facilitate communication toward a more holistic understanding of the situation and to resolve any issue specific ambiguity or strife cooperatively and harmoniously. According to NVC, it is important to authenticate evidence. This involves communicating with all parties involved in a dispute. If this step were taken in the Sherrod case, the parties who got the story so horribly wrong would have learned the true content and context of Sherrod’s speech; hence, preventing altogether the eventual behavior of proceeding from an erroneous conclusion. NVC instructs us not to operate out of fear, guilt, shame, and obligation and a language of demand, evaluation/judgment, diagnosis, blaming, and punishment. Unfortunately, this was the exact path followed by those who wrongly accused Shirley Sherrod of racial bias and determined based on false evidence that she was unfit to serve in public office.

Personal responsibility, both for our actions and for our choices we make relative to how we respond to others’ needs, is a fundamental NVC skill. NVC considers cooperation and collaboration to be essential behaviors for engaging in everyday interactions. Clearly this was not the conduct we witnessed in the hours preceding Shirley Sherrod’s persecution. Those who concluded that Sherrod was racially prejudiced were not worried about fact checking and getting it right. They were concerned only with themselves, either to justify a long-held personal bigotry or to avoid criticism. The latter being the goal of the NAACP and Obama administration, the lack of applied NVC here led to ex post facto conflict resolution: apologies and empty rhetoric about accepting responsibility.

When the true nature and scope of the video and the context of Sherrod’s remarks were finally uncovered, Ben Jealous, NAACP president, apologized for denouncing Sherrod. Jealous claimed that he had been “snookered” by Breitbart and FNC. Hours later, after a firestorm of criticism regarding the firing, Agriculture Secretary Tom Vilsack publicly apologized for his rush to judgment and the events leading up to and including Sherrod’s firing. He subsequently offered Sherrod a new job in the USDA which she has yet to accept or decline. President Obama phoned Sherrod the next day with a personal apology and has since called for a “national discussion” of race.

While apologies are important and help us move forward, it is simply not enough for our media, the NAACP and the Obama administration to verbally express regret for a major gaffe, especially one with a human cost like this one. It is insufficient to declare that you accept personal responsibility, and then move on without any accountability and repercussions. We must demand that the circumstances leading up to dreadful decisions be investigated and aired fully and publicly. This is the essence of transparency, a state of operating openly and honestly in service to the people, something that our mass media and politicians frequently promise, yet we rarely see.

The American public deserves to know who in the NAACP and Obama administration took at face value a report from a known impostor journalist and bogus news organization, and why. We deserve to know why the Obama administration failed to conduct some very basic research on the story before condemning Sherrod publicly then hastily demanding her resignation. We deserve to know why different mass media chose to run with an uninvestigated and uncorroborated story and sell it to the American people as truth.

Why aren’t these parties facing the American people and being made to answer for their indiscretions? What does this say about the journalistic integrity and credibility of our mass media who have the responsibility of keeping Americans informed about the world around them? What does it say about the ability of our elected leaders to make decisions on our behalf when they summarily believed a spurious news story put out by two entities with a documented history of making up stories and doctoring photos/video to demonize and smear liberals and progressives? If our top political officials can be so easily duped, how are we to trust them with solving problems of national and global significance that often have life-or-death consequences?

Brian J. Trautman is a military veteran and teaches peace studies at Berkshire Community College in Pittsfield, MA. He serves on the board of the Peace and Justice Studies Association (PJSA) and is active with various groups, including Veterans for Peace, Human Dignity and Humiliation Studies (HumanDHS), Berkshire Citizens for Peace and Justice (BCP&J) and The Sanctuary for Independent Media.

How nonviolent communication could have saved Shirley Sherrod