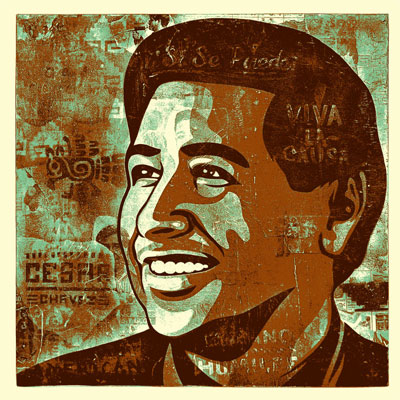 Last week, the Progressive Media Project published an op-ed – which ran in the Sacramento Bee, Philadelphia Inquirer and Charlotte Observer, among other papers – commemorating the 40th anniversary of the successful 2 1/2 year-long grape boycott by the United Farm Workers of America.

On July 29, 1970, the UFW signed its first contract with California grape growers to end their successful national and international boycott. As Alvaro Huerta recaps the struggle:

It seemed like an improbable outcome, as the battle pitted a mostly Mexican as well as Filipino immigrant work force against powerful agricultural growers in California.

Led by the late Cesar Chavez and tireless Dolores Huerta, the UFW was founded in the early 1960s in response to the inhumane working conditions for farmworkers in California and other states, such as Arizona, Texas, Florida and Washington state.

While many American workers during this period enjoyed the right to organize, 40-hour weeks, minimum wage and relatively safe working conditions, farmworkers lacked these basic rights and protections.

The charismatic Chavez — who graced the cover of Time magazine on July 4, 1969 — engaged in numerous and lengthy hunger strikes to draw attention to the cause.

As was the case with the civil rights movement, many UFW activists were beaten up and a few were killed for the simple act of supporting the right of farmworkers to organize a union and negotiate for fair labor contracts.

But the rightness of their cause prevailed.

While this campaign should no doubt be seen as a nonviolent success story, the farmworkers struggle for justice did not unfortunately end there. In fact, the grape boycott had to be resumed in 1973 after the major vineyards broke their contract with the UFW. As David Cortright writes in Gandhi and Beyond:

The boycotts continued for years, but the halcyon enthusiasm of the initial grape and lettuce boycotts gradually faded. Boycott activity around the country became increasingly desultory, and the tactic lost much of its effectiveness.

My takeaway message from this story is that since boycotts are extremely difficult to get off the ground and maintain, organizers must make sure, to the best of their ability, that the any agreement signed will stick before they agree to call of a boycott. Otherwise, the businesses or corporations targeted by a movement may strike a deal, without ever intending to implement it, just to take the wind of out the sails of the boycott.