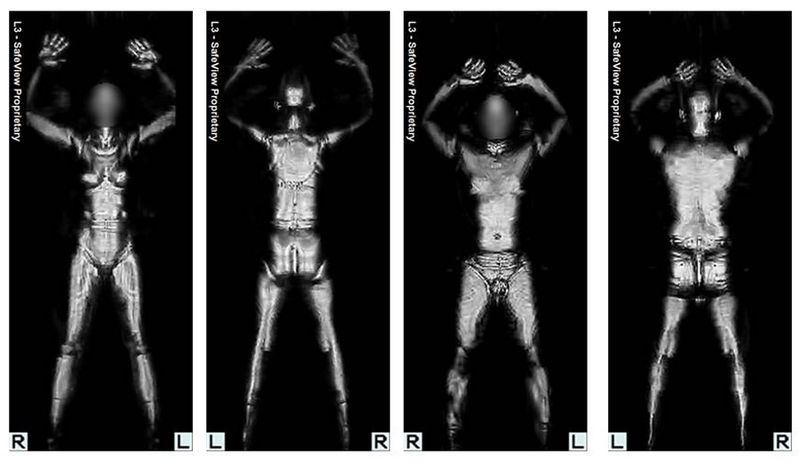 A movement against the use of full-body scanners by the Transportation Security Administration (TSA), which can already be found at nearly 70 airports across the country, has exploded over the last couple weeks. Here are some of the highlights.

Activist Brian Sodegren, who is an Ashburn pharmaceutical executive by day, has called for a National Opt Out Day today, the day before Thanksgiving, and has received significant attention in the mainstream media. As Sodegren explains the campaign on his site:

All you have to do is say “I opt out” when they tell you to go through one of the machines.  You will then be given an “enhanced” pat down.  This is a right given to you by the TSA.  There is no intent or desire to delay passengers en route to friends and family over Thanksgiving.  We want people to stay within the confines of the law, and exercise their right to a pat down because of the lingering questions over the scanners.

And those concerns are many. The ACLU has denounced the scanners, and the Electronic Privacy Information Center (EPIC) has filed a lawsuit against the Department of Homeland Security, which argues that they are “unlawful, invasive, and ineffective.”

Others are concerned about the potential health effects of the scanners. According to a Congressional report delivered by Dr. David Brenner, head of Columbia University’s Center for Radiological Research, the TSA seriously underestimated the amount of radiation that the scanners use to capture their images, and hence underestimated the risk that they pose of causing cancer as well.

While there are currently 400 machines in use nationwide, it was revealed last March that the TSA plans to install some 1,800 new machines by 2014, at a cost to taxpayers of $2.4 billion.

In one early victory, pilots and flight attendants, two groups that had announced boycotts or voiced protests of the scanners due in part to health concerns, were recently given exemptions by the TSA from the scans.

Several other websites and Facebook pages – such as We Won’t Fly, which apparently has had more than 600,000 hits over the last couple weeks – have been set up to help spread the word and promote the action, each with a slightly different approach. Interestingly, concern over the scanners seems to cross the ideological spectrum, as even conservatives are upset at these new security measures.

Republican Rep. Ron Paul, for example, introduced the American Traveler Dignity Act last Wednesday, that would hold airport security legally accountable for screening procedures.  Another site, called Shut Down the Airports, which is calling for tens of thousands of people to essentially swarm and blockade airports across the country on December 1, also urges its readers to refuse to fly until airports “get rid of the TSA goons and replace them with a functioning, private security force.” Not exactly the solution I had in mind.

Several other protest ideas have been thrown out there that are quite funny. As the Atlantic’s Jeffrey Goldberg wrote:

…here’s an idea you might try to make the day extra-special. It’s a one-word idea: Kilts. Think about it — if you’re a male, and you want to bollix-up the nonsensical airport security-industrial complex, one way to do so would be to wear a kilt. If nothing else, this will cause TSA employees to throw up their hands in disgust. If you want to go the extra extra mile, I suggest commando-style kilt-wearing. While it is probably illegal to fly without pants, I can’t imagine that it’s illegal to fly without underpants.

Another website has been set up to encourage men to go through scanners aroused, while a group of German activists with the Pirate Party have already pulled off a “fleshmob” – voluntarily stripping down to their underwear before going through security to protest the scanners.

Given how widespread the anger is over these new security measures, it seems that it will only be a matter of time before the scanners are either removed or the policies around their use are changed.

While that would be a step in the right direction, we are still a long way from acknowledging that the most important thing the United States could do to lessen the risk of terrorism is to change our aggressive foreign policy, which is at the root of the problem, and use our immense resources to ensure that people around the world are able to meet their basic necessities. There are simply no technological fixes for these injustices.

A recipe for nonviolent parenting

It is all about kinship