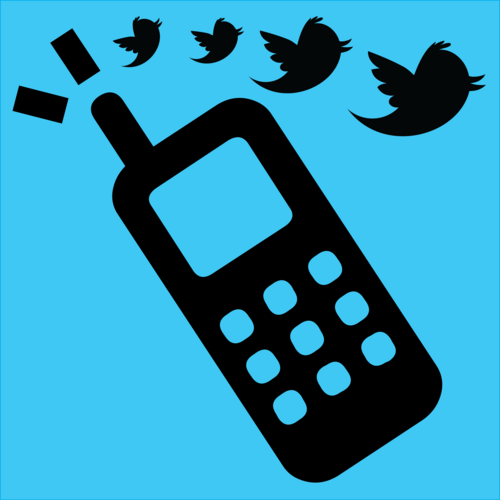 Many of us who aren’t in Egypt these past couple of weeks feel a certain amount of solidarity with a people trying to depose an undemocratically elected, US-backed regime, which for the last thirty years has seemed monolithic.  According to the an article in Sunday’s New York Times, the Al Jazeera English live stream from Egypt had been viewed 1.6 million times in the United States since Friday.  The service’s online head Mohamed Nanabhay declared it “a testament to the fact that Americans do care about foreign news.”  But while a lot of us are staying tuned to the events in Cairo, Alexandria, and elsewhere, a handful of people actually came up with ways to help out.

After working with a team of engineers, a Google product manager along with the co-founder of a voice message distribution company called SayNow announced over the weekend “the idea of a speak-to-tweet service—the ability for anyone to tweet using just a voice connection.”  The Twitter page for the new service, @speak2tweet, instructs us to “Click the link in each tweet to hear a voice tweet from folks inside Egypt. Call +16504194196 or +390662207294 or +97316199855 to leave a tweet and hear tweets.”  With the exception of a few too many instances of the word “tweet,” this is all pretty exciting stuff.

The service was designed to circumvent the Internet blackout imposed by the Mubarak regime since Thursday of last week.  With many of Egypt’s cell phone providers also shut down, it’s taken advantage of the fact that landline phones still work, allowing people to continue getting their voices heard, both domestically and around the world.  So while no Internet access is required to use the new service, a landline phone is, along with the ability to call internationally as the numbers listed are from the US, Italy, and Bahrain, respectively.  The way it works is that someone calls, leaves a voice message, and a link instantly gets posted to Twitter complete with the hashtag #Egypt, which when clicked plays the person’s original message, hosted on the SayNow website.

The messages are understandably most often in Arabic, but it would seem the potential is there for automatic transcription and translation into English, by combining some of the features of, say, Google Voice and Google Translate.  And in addition to word reaching outside of Egypt, those inside the country can hear the messages as well, simply by calling the very same numbers listed above.  It seems like a novel way to get around the digital darkness, coupled with similar efforts by people like UCLA grad student John Scott-Railton, and a European organization named Telecomix that’s been working to provide free European dial-up access to people in Egypt.

Awareness and support from the international community are not necessary ingredients for nonviolence to work, but oftentimes they do help a great deal.  As we become more and more reliant upon certain technology we need to think about what to do when access to that technology is blocked.  The strategists of any good nonviolent movement need to be able to think many steps in advance, formulating contingency plan upon contingency plan in anticipation of serious oppression.  The unfolding Egyptian revolution is forcing us to come to grips with the inevitable question: “What do we do when an oppressive government completely cuts off access to the Internet?”  To see people coming up with solutions on the fly is heartening, and if we pay attention, may even help us gain insight into what might work in places where uncensored Internet access has never been widespread: China, Burma, or even North Korea.  Depending on how big we’re willing to think, the ongoing events in Egypt may hold a great many lessons for us indeed.