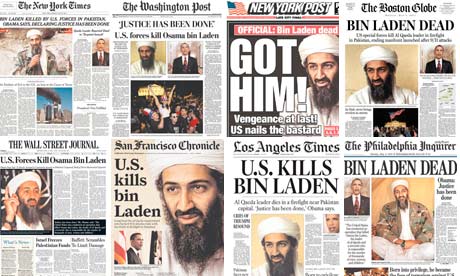 As I learned of the news last night that Osama bin Laden was killed and saw footage of the crowds celebrating outside of the White House and in New York, I couldn’t help but question the impact of his death.

While many seem to think that this news signifies a step towards the eventual demise of Al Qaeda, and an end to the war in Afghanistan, there is considerable evidence that bin Laden’s death may have serious negative unintended consequences.

In the New York Times last year, Robert Wright wrote about a compelling study published in the journal Security Studies by Jenna Jordan of the University of Chicago.

She studied 298 attempts, from 1945 through 2004, to weaken or eliminate terrorist groups through “leadership decapitation” — eliminating people in senior positions.

Her work suggests that decapitation doesn’t lower the life expectancy of the decapitated groups — and, if anything, may have the opposite effect.

Particularly ominous are Jordan’s findings about groups that, like Al Qaeda and the Taliban, are religious. The chances that a religious terrorist group will collapse in the wake of a decapitation strategy are 17 percent. Of course, that’s better than zero, but it turns out that the chances of such a group fading away when there’s no decapitation are 33 percent. In other words, killing leaders of a religious terrorist group seems to increase the group’s chances of survival from 67 percent to 83 percent.

To explain why this might be the case, Wright uses a helpful analogy:

For starters, reflect on your personal workplace experience. When an executive leaves a company — whether through retirement, relocation or death — what happens? Exactly: He or she gets replaced. And about half the time (in my experience, at least) the successor is more capable than the predecessor. There’s no reason to think things would work differently in a terrorist organization.

As the New York Times mentioned, there is also the possibility that “the death of the leader of Al Qaeda galvanizes his followers by turning him into a martyr,” which must not be discounted.

In the big picture, however, the killing of bin Laden is not likely to really affect much, as most acknowledge that he was more of a figurehead than a real decision maker in Al Qaeda. As British war correspondent Robert Fisk, who interviewed bin Laden on several occasions, told Australia’s ABC radio last night:

He didn’t sit in a cave with computer knobs saying press button b, it’s operation 52…I think [Osama Bin Laden] lost his relevancy a long time ago actually.

The hard truth is that the best way to reduce the threat of terrorism would be for the US to stop propping up repressive, authoritarian regimes in the Muslim world and to stop invading and occupying countries in the region whose leaders it opposes. As bin Laden and those who follow him have made quite clear, they attack US targets not because of our freedoms and wealth, but because of our aggressive, militaristic foreign policy. This is not just my opinion, but also the conclusion of a 2004 report by the Pentagon’s Defense Science Board Task Force, which stated: 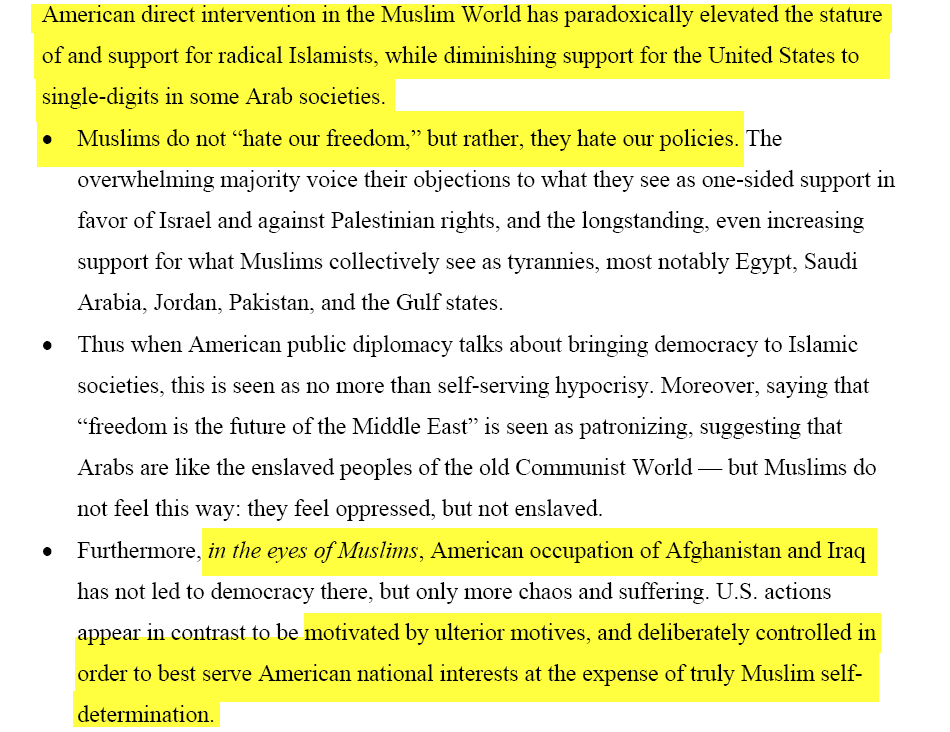 Until we address the legitimate grievances of those in the Muslim world, the threat of terrorism will remain real, even if it is already dramatically overblown. And unfortunately, much like his predecessor, President Obama has yet to comprehend this important lesson or make any effort to change US policy in a way that would really address the root causes of terrorism.