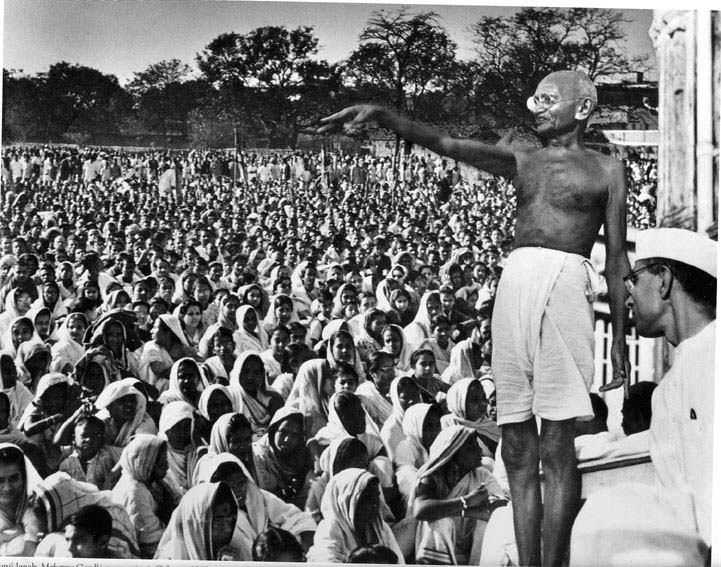 In the spring of 2005 I stood on the roof of the Student Union building in Berkeley, overlooking Sproul Plaza, where I had lived through the exhilaration of the Free Speech Movement four-plus decades earlier. Milling about behind me were about thirty or so young adults, the youth contingent of the first Spiritual Activism Conference convened by Rabbi Michael Lerner and myself. It was impossible not to compare “then” with “now,” and I found the comparison instructive, even inspiring.

Listening to them, I ticked off the critical mistakes we had made in those heady days of protest, and it was immensely reassuring to note that the folks around me had made a lot of headway correcting them. Back then we were, of course, dead set against racism, or tried to be (the FSM was an aftershock of the Civil Rights movement) but these young people were totally color blind. I heard even more progress in an area we had barely touched on: fully integrating women as true equals. We famously “didn’t trust anyone over thirty” (that became a bit awkward for me in ’67 when I slipped over the line!), but the concept of “mentor” had subsequently come in to make it acceptable to benefit from an older person’s experience — absolutely critical for a movement facing, as we still do, sophisticated, if wrong-headed, opposition.

I had fond memories of cafes where we sat arguing about Camus and Marx (not that we read the latter), which was a really good thing, but none of us, as far as I remembered, was fully aware what was happening to the earth, not to mention getting our hands dirty in her by growing food, or building composting toilets; a few of these people, by contrast, had come fresh from their organic farms up in Oregon, still in coveralls. And then the most important change, in my view: we had been in a state of near-total ignorance about nonviolence. They were considerably more sophisticated of nonviolence, and happily that awareness has taken another leap in the last few years.

But one thing that had not sat well with me in 1964 was not much improved in 2005 and is still an issue today in the amazing #OWS movement: the issue of leadership.

Leaderless movements, to be sure, are not the aimless, decapitated things they are taken for by mainstream commentators, and OWS in particular has dealt with the issue good-humoredly. I believe it’s Occupy CO that anointed a border collie, Shelby, with her backpack, as their official spokescreature. “She is more like a person than any corporation,” they said.

More to the point, leader or no leader, it is succeeding to some degree in keeping order and charting a course for itself — backing away somewhat from contested sites and switching “from places to issues,” wisely. Yet for this and any future progressive movement I feel that a philosophy, a vision, and a strategy for realizing that vision will be essential, if for no other reason than the clear, consistent, and compellingly simplistic message of conservatives. And for all this, as well as sheer efficiency, leadership could be of enormous help.

Can we have a kind of leadership that could help us stay more focused, more efficient, than the “horizontal,” everything-by-consensus style that has been the political culture of progressive movements? Can we relax somewhat the ideological aversion to leadership that has come to dominate progressive thought — and, I think, slowed the movement down — and open ourselves, to some kind of discriminating leadership that will not inhibit individual responsibility — for many of us feel, myself included, that individual responsibility lies close to the core of the world we want?

I believe that we can; in fact, this kind of leadership was one of Gandhi’s most striking achievements. No one was able to evoke the self-leadership potential of his followers while still giving tight focus to huge campaigns — calling off whole Satyagrahas (campaigns) when even a few people were unable to contain their own violence, directing the switch to “constructive programme” when direct resistance became unworkable, etc. Some feel it was Gandhi’s greatest contribution to turn ordinary men and women into heroes. As many of us know, when he and virtually the whole leadership was arrested during the Salt Satyagraha of 1930 leadership devolved, successfully, onto every individual.

Yet, while it may seem counterintuitive (most of my students were shocked to hear this), in the heat of struggle Gandhi said, “I am your general, and as long as you want me to lead you, you have to give me your implicit obedience.” How is this different, to take an extreme example, from Hitler telling his generals when he launched the disastrous campaign in Yugoslavia (a blunder that in fact cost him the war), “I do not expect my generals to understand me; I expect them to obey me”?

Well, in two ways. For one thing, there’s that qualification, “as long as you want me.” Gandhi said he would drop out the minute the people did not want him, and did exactly that when the congress Party couldn’t see their way clear to following his pacifism in WWII. Secondly, he did want his people to understand him. From the earliest days in South Africa he toiled day and night to bring them along, often insisting they understand in detail the full significance of anything to which they agreed. Moreover, his concept of “heart unity” — that if people want one another’s fulfillment they are one despite any differences of class, status, or whatever — applied to leadership. Never did he feel superior in anything but responsibility and the willingness to suffer to anyone following him. As he said, “Diversity there certainly is in the world, but it means neither inequality nor untouchability.”

Of course, Gandhi sets the bar pretty high! But a high bar makes the qualities we need at least visible, something to strive for. The opposite of bad leadership, then, may not be no leadership, but good leadership — and followers alert enough to tell the difference.

How would Gandhi lead the leaderless?