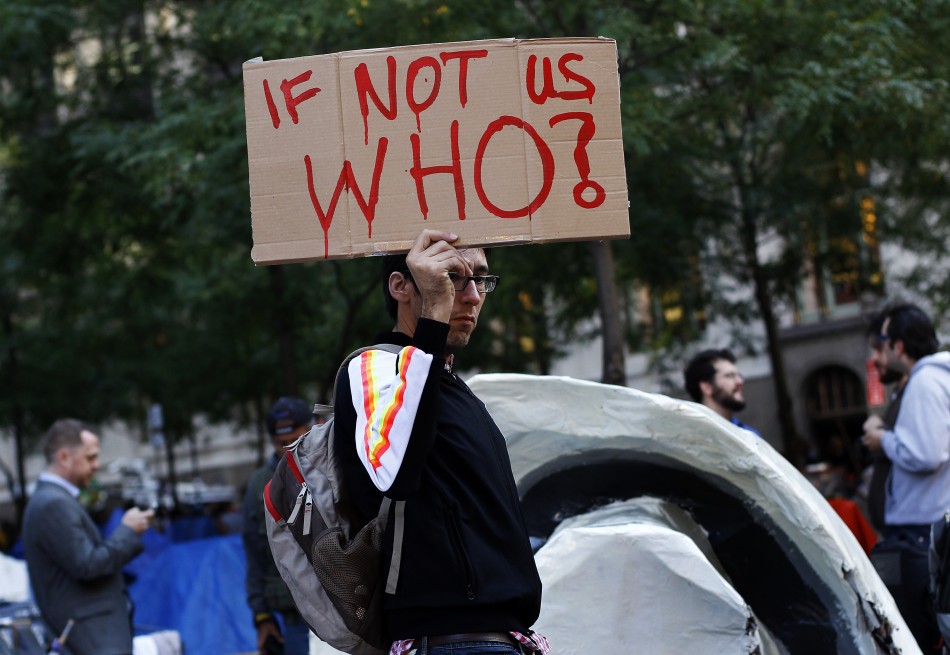 Ever since Paul Hawken published Blessed Unrest (2007), it has been clear to many that the progressive world is a million projects in search of a movement. A movement, Hawken reminded us, has “leaders and ideologies; … people join movements study [their] tracts, and identify themselves with a group,” while the Occupy movement today seems to be just a continuation of the style that is “dispersed, inchoate, and fiercely independent.  It has no manifesto or doctrine, no overriding authority to check with.” Can #Occupy provide the framework that will pull these far-flung but inwardly resonant energies together—and in so doing become a force that could, in Gandhi’s terms, “o’ersweep the world”? I believe we can make that happen, and we should, because in any case, as Gandhi also said, a movement that is simply against something cannot sustain itself.

The 1,500-odd sites of #Occupy already have many hopeful things going for them. They are global, as Naomi Wolf has recently pointed out, which has not been seen since millions of people attempted to stop the war on Iraq in 2003, only to have President Bush dismiss them as a “focus group” (more on that later).  They are touching a nerve of widespread discontent: as one commentator said recently:

Whether we agree with them or not, I’m sure most of us support their right to speak their mind, and to challenge a system that each and every one of us knows is corrupt.

They have developed a kind of protest culture that is partly highly technological (as in the Occupy Café conferences in which the Metta Center recently participated) and partly very un-technological (as with the “human microphones” that propagate messages when loudspeakers are disallowed).  They are beginning for the first time since the gun-shy sixties to peek around the ideological stumbling block of leaderlessness to consider that some forms of authority might not be anti-democratic.  And most important of all, they are upholding a nearly constant refrain of nonviolence.

To capitalize on these advantages, several things need to happen:

Finally, back to the all-important refrain of nonviolence. As I write, the important Oakland site is being threatened by a minority—which is all it takes—who are advocating and committing property destruction and violence of spirit. A friend writes:

Given the open nature of Occupy Oakland (OO); its consensus decision structure; and the lack of endorsed “leaders,” it is unclear how OO will deal with an internal situation that is committed to an agenda … inherently contradictory to the aims of the #Occupy movement.  Unaddressed, this dilemma threatens the existence of at least Occupy Oakland itself.

Here again, as we search for a way to win over or, failing that, to isolate the disruptive element, two Gandhian parallels are available (there is little in the world of nonviolence that he did not deal with in his long career). When asked, could Communists be allowed to join the Congress Party, he replied that no one could be excluded from the Party on the basis of who they were; but the Party had a platform and a code of conduct and had every right to exclude those who did not accept those instruments. We badly need a code of conduct, and the confidence to enforce it. Remember—and here is the other parallel—on at least two occasions Gandhi actually called off a campaign at high tide when it could not exclude violence. When they could, he led them to final victory.

Is this the movement we’ve been waiting for?