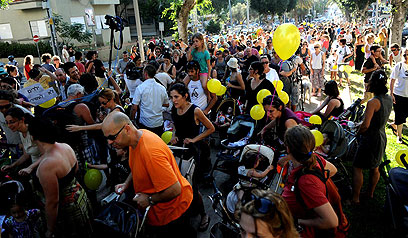 The apocalyptic reporting on the upcoming protests—even in many of the progressive and independent media outlets—is unwittingly confirming the fears of most of the public: in the words of Jim Morrison, there will be “blood in the streets in the town of Chicago.” The Doors’ homage to the 1968 Democratic National Convention has not been lost on protesters, as some of them try to distance themselves from the pigeonholed image of the violent protester. But, sadly, the corporate state is winning the framing war.

Many activists I’ve spoken with express concerns, fear and reluctance to join in because of what may unfold on the streets of this Chicago Spring. Certainly, the security forces will be out in full force because their narrative and legitimation depends upon it, but what of the media and political establishment predictions of anarchists flocking en masse to do battle with Chicago’s finest and wreak havoc on the Windy City?

A clear number of power-holder talking points and tactics have emerged about what to expect in Chicago this May: another Seattle 1999 and millions of dollars in property destruction (here, here,and here), protesters throwing urine and feces (here and here but see the disinformation campaign dispelled here), nuanced expert and scholarly opinions that tone down Seattle-type comparisons but justify “precautionary measures” for policing (here, here and here), fearmongering by promoting “anarchist” or radical violence (here, here, and here).

This script conveniently shifts the narrative away from the institutional violence, vital interests and systemic injustice of NATO-G8 onto what the protesters (or, framed more positively—“change agents”) have done before they’ve even done anything. And the acceptance of that narrative, in both the media and by activists who agree with that assessment of protester violence (or are silently complicit with it), hinders greater participation in the movement. Unfortunately, the narrative of violent protesters goes largely unchallenged. Even when somewhat successful appeals to civil liberties are made, such as has been done by Occupy Chicago and CANG8 in response to the “Sit Down, Shut Up Ordinances” that severely restrict protest in Chicago, the dominant narrative of violence persists.

In an e-mail, Joe Iosbaker, an organizer with CANG8, explained to me how the NATO-G8 protest organizers feel they’ve been characterized:

The corporate media has been, with a few notable exceptions, partners with Mayor Emanuel and Superintendent McCarthy in their vilification of us. Their story is that protests lead to violence, even when the only violence is police hurting people. Of course, not once has any reporter noted the violence of NATO’s wars; the devastation to people’s lives brought by the economic crisis, caused by the bankers of the G8 or the poverty forced on workers by the austerity measures imposed by the members of the G8.

Iosbaker protests against those violent characterizations by offering the image of “baby strollers”—the stroller reflects organizers’ attempt at creating a family-friendly march. Such creative images have not yet gone viral—although one could see the potential of protest posters and videos of parents with baby strollers protesting the NATO-G8 summits as a humorous, nonviolent action that could defuse the violent protester propaganda. In fact, thousands of protesters with baby strollers could be even more hilariously disarming and embarrassing for the summit and security forces.

Iosbaker’s hope is that Mayor Emanuel and the city learn from past summits about “the right to protest” and “allow [them] to take place without resorting to repression (arrests and threats of police violence).” The concern for state-sponsored violence at the protests is not misplaced, as George Lakey recently points out in his recent piece on controlling narratives. For CANG8 and Iosbaker, that means placing the responsibility for violence squarely on the shoulder of those in power:

The best guarantee that they will not resort to those tactics is if we have a broad coalition of forces for peace and against poverty; a coalition that links up with communities in Chicago; and that we win the battle for public opinion. This last point requires us to go forward and explain why we have to march: to stop the terrible wars that the U.S. and NATO are waging and to speak out against the imposition of cutbacks and human suffering in the pursuit of profit that constitutes the G8 economic policies.

The issue of violence in the movement is at least in part a framing issue. Successful framing for a movement, as John A. Noakes and Hank Johnston highlight in Frames of Protest: Social Movements and the Framing Perspective, is more than just analyzing and identifying the issues: “individuals must be convinced that an injustice has occurred, persuaded that collective action is called for, and motivated to act if a social movement is to occur.” The identification and analysis are there, but thus far, a powerful, culturally-attractive frame or story has yet to appear that articulates and mobilizes the NATO-G8 protests as a positive force. One major barrier that hinders motivation to action is the narrative of the violent protester; even if it’s not true, that is the dominant story in the public consciousness. And this pervasive and rampant myth of the violent protester, if left unchallenged, can be condemning for movements.

The reincarnated global justice movement—invigorated by the Occupy movement that seeks community—must confront and reject the logic of violence, not only for efficacious reasons on the streets of Chicago, but also if it hopes to legitimate itself as an alternative.

The upcoming NATO-G8 protests—and all its components—represent a delegitimizing counter-force to NATO-G8’s business as usual: violence and the destructive force of global capitalism. If the protests are not contained or discredited by the security forces whose functional apparatus is to protect the bureaucrats of war and capital, the facade that “there is no alternative” crumbles and gives voice to the multitude.

It should be a given, then, that the state will seek to use violence against the movement. It does so in an attempt to force the movement to redefine itself, characterize itself as adversarial and goad it into a civil war that the state will inevitably win, thereby crushing the resistance. Major media’s reporting that, thus far, favors the NATO-G8 and the police over the protester is undoubtedly a part of that narrative. The Nation contributor Todd Gitlin poignantly names what is at stake: the future of Occupy. “By renouncing violence against persons or property,” writes Gitlin:

Occupy would enhance its appeal to the disabled and people of color, who have good reason to stay away from volatile confrontations. By isolating those who seize the spotlight by smashing things, it can prevent them from trampling the ethos of a brilliantly leaderless movement.

And while the NATO-G8 protests will include more than just occupiers, it should be assumed that—because of media recognition and household familiarity—eyes will be on Occupy more so than other organizations like CANG8, even though CANG8 and Occupy are coordinating the People’s Summit together. Any violence that happens—by Occupy or other protesters—will damage Occupy’s tenure as a credible movement and it should be expected that the status quo will welcome such a lethal blow.

A sizable effort—a campaign, even—to frame the upcoming NATO-G8 protesters as a story about justice, democracy and nonviolence against institutional violence and police repression will be needed if the movement hopes to minimize opportunities for state aggression as well as convince activists and the broader public that this is a cause worth participating in as agents of change.

Is the International Student Movement the future of global organizing?

Special offer: Get A Dream Foreclosed before publication!

Baby strollers, violence, and the battle for the story of the NATO-G8 protests