South Africa announced Friday that it would lift its moratorium on hydraulic fracturing, the controversial natural gas extraction technique known as “fracking.” In response, Treasure the Karoo Action Group (TKAG) is launching a legal battle to protect the ecologically-sensitive, arid area in the Karoo region of the Eastern Cape, under which most of the natural gas lies. While preparing the legal case they believe could ultimately go to South Africa’s highest court, TKAG has also been part of a grassroots movement that has been gaining momentum. The upcoming “Global Frackdown” on September 22 — an international day of protest to call for a worldwide ban on fracking — gives them a timely opportunity to demonstrate popular opposition to the government’s decision.

South Africa may have the fifth-largest natural gas reserves in the world, along with a population whose energy use is expanding rapidly and is heavily dependent on coal. Currently building two of the largest coal burning plants in the world, the country has been criticized for not doing more to create jobs and combat climate change, which is already affecting its rainfall and the subsistence farmers who depend on it. Given this pressure, it is a testament to the small group of vocal opponents that, in April 2011, the government issued the moratorium on fracking in order to study the issue in the first place.

TKAG formed only a year and a half ago, and it gained thousands of Facebook followers within its first few days. When Shell — the largest and most forceful proponent of natural gas extraction in South Africa — launched a public relations campaign, TKAG showed up at the company’s public meetings to counter what Karoo author and photographer Jonathan Deal, TKAG’s chairman, described as “a deceitful marketing campaign.” The group brought in scientists to study the company’s environmental plan and delivered a 100-page report outlining its failings to South African president Jacob Zuma. TKAG also issued a complaint to the Advertising Standards Authority of South Africa, which found Shell guilty of four counts of false advertising and ordered it to remove newspaper advertisements claiming that hydraulic fracturing had never caused water contamination. 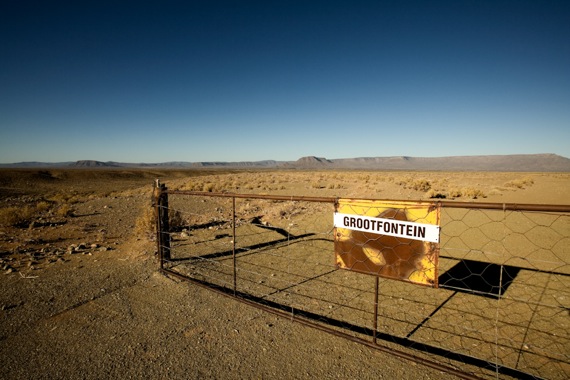 Concern about fracking in South Africa was fueled by showings of the film Gasland, which chronicles the flammable water and mysterious health concerns arising in communities across the United States where local water has been contaminated with the undisclosed chemicals used during the water-intensive process of extracting natural gas. The South African environmental group Earthlife Africa, formed in the 1980s, was among those who sponsored a showing of the film in Cape Town, the closest city to the Karoo, in March 2011. A month later, families in Bradford County, Pennsylvania, were ordered to evacuate after 10,000 gallons of toxic fluid spilled into fields and a stream, an incident TKAG “made a lot of noise about,” according to Deal. A few days later the South African government issued its moratorium.

Seeing Gasland first prompted Dougie Stern and Lukie Strydom, two Karoo farmers, to travel to Pennsylvania and New York in June 2011 on a fact-finding trip sponsored by their local farmers’ cooperative. “I’m not the same person I was six months ago,” said Strydom, speaking at the Epic Anti-Frack Event in Ithaca, New York. “This fracking thing is in my mind, and I don’t know how I’m going to get it out. I can’t go to sleep without thinking of the implications of it.” He explained that their goal was to share the lessons they had learned in the United States about the risks of fracking with stakeholders in South Africa.

There are some significant differences between the two countries that may favor the South African activists in the long run. First, underground rights in South Africa belong to the government, so Karoo farmers have little financial incentive to welcome fracking or to turn against their neighbors who oppose it. Second, water is scarce in the Karoo in a way it isn’t in the northeastern United States; in fact, South Africa is already predicted to have water shortages by 2030, and much sooner in the Johannesburg area because more than a century of mining has contaminated so much local water with uranium and heavy metals. 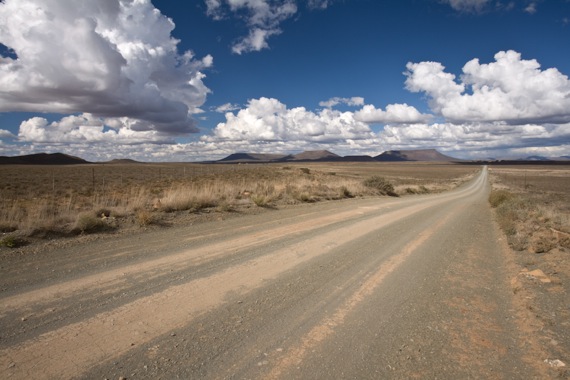 The Karoo doesn’t have the same history of industrialization as Johannesburg, but concerns about contaminating its limited water supply are still acute. So are concerns about spoiling a unique ecosystem that, along with livestock and wildlife, hosts some of the world’s most ancient human fossils and one of the world’s largest telescope projects for exploring deep space. The telescope may lend the Karoo some added protection, since current regulations prohibit activities that would disrupt the telescope’s functioning, as many believe fracking would do.

Nevertheless, Jonathan Deal was not surprised by the government’s decision to lift the moratorium. “Shell enjoys influence in the ruling party of our government,” he explained. “They are an enormous company with unlimited resources.” He added that the department of minerals, which has been in charge of studying the safety of fracking, will be in charge of issuing permits and will benefit from the sale of the gas. “It’s like putting the fox in charge of the hen house,” Deal said, explaining that they think their best chance to protect the Karoo is to use the more objective courts. Although initially pessimistic about the prospects for organizing a broad civil movement against fracking in South Africa, Deal says he has been “encouraged of late.”

In early July, Julia Casciola, who describes herself as “a member of the public,” felt moved to organize a three-day, 65-km walk across the Karoo, raising pledges for TKAG and citing “a deep love of the Karoo and sense of the sacredness of the earth.” Then, in late July, the 1,000-person Karoo town of Nieu Bethesda hosted a lively multi-racial, multilingual and multigenerational rally. In August, two groups that represent diverse constituencies lobbied the government on the issue — the Southern African Faith Communities’ Environment Institute, a delegation that included Christian, Bahai and Muslim leaders, and the Southern Cape Land Committee, representing rural, landless and marginalized communities.

TKAG and these two groups — along with Earthlife Africa, the Environmental Monitoring Group and the Coalition for Environmental Justice — will join forces for the Global Frackdown on September 22, organized by over 150 organizations in scores of locations, mostly in North America and Europe. In South Africa, protesters will converge in front of the gates of parliament in Cape Town to call for a permanent ban on fracking and a renewable, sustainable energy future. Since the government’s announcement, the number of people pledging to attend on the event’s Facebook page has accelerated.

The presence of a well-organized, diverse movement in South Africa may be particularly significant as several other African countries consider hydraulic fracturing. The industry’s argument that natural gas could diversify their energy supplies while creating jobs, all at a lower carbon cost than oil or coal, is particularly potent where there is high unemployment, though African countries may also be especially skeptical due to their history of resource exploitation by outsiders. Deal noted that Shell’s reputation in Africa in terrible, particularly as a result of accusations of orchestrating the execution of environmental activists in Nigeria. Because of this, he explained, “Poor people are not that keen to trust.” 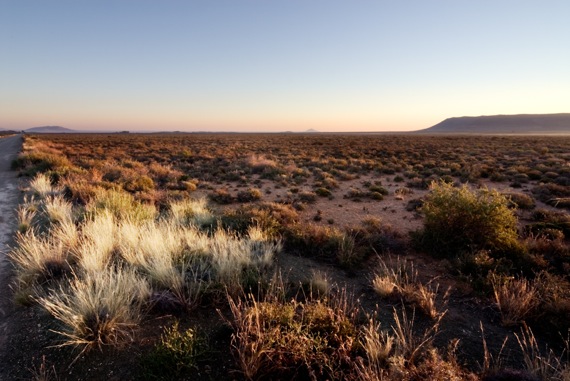 In fighting powerful, international companies, it is particularly helpful to be part of an international movement. Deal says their ability to challenge Shell has been greatly helped by the information they’ve gotten from American activists about some of the technical aspects of fracking, as well as incidents like the Bradford County spill. “We would not have achieved 40 percent of what we have achieved if not for the Internet and the flow of data from the United States,” he said.

Eileen Flanagan is the award-winning author of three books, most recently Renewable: One Woman's Search for Simplicity, Faithfulness, and Hope, the story of how she become a leader of nonviolent direct action. She has served as board clerk of Earth Quaker Action Team and Trainings Coordinator for Choose Democracy. She teaches online classes for those who want to make their activism more effective. Learn more at eileenflanagan.com.

When complex and ambitious demands undermine a good campaign

Fighting fracking in South Africa and beyond