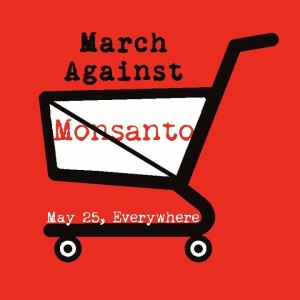 One of the great metaphors of justice and peace is the feast: the abundant banquet where all are welcome, where none is excluded, and where our interconnectedness moves from a vague concept to a concrete reality. When we eat together we literally become one body.

This was the powerful challenge and opportunity of the civil rights movement’s lunch counter sit-ins in the 1960s — or the banquet in San Francisco, Calif., that some of us created in the mid-1990s, where nearly a thousand homeless and non-homeless people broke a city-wide law by feasting together with linen table cloths, china dishware, goblets, cut flowers, and succulent courses. We shared a meal with the hungry in a public space that was most prohibited: Civic Center Park, in front of City Hall.

Just as the sit-ins at lunch counters throughout the South dramatically sparked the long-term process of shaking the table until all could sit at it, so the San Francisco banquet — organized by Religious Witness with Homeless People — jarringly revealed both the injustice of the city’s attack on the homeless and a counter-image of how we actually should be: living together, being together, and — perhaps most importantly — eating together.

In both cases — and in many other movements struggling for justice and peace — food is at the heart of the matter: its availability, its access, and with whom we will share it. But, increasingly, the social conflict over food has been compounded by the question of what food is, how it is produced, and who controls the supply. These questions, while ancient, have taken on a dramatically new form with the synergy of radically new bio-technologies, a relatively small number of corporations producing most of the food we eat, and pliant political cultures. Supported by the U.S. government, this synergy is making genetically-modified food the default in the United States and elsewhere and locking in control over how food is grown, distributed and consumed.

No corporation epitomizes this trend more than biotech giant Monsanto. Consequently, a growing movement with its own synergy has been building over the past two decades. Now it may be ready to take the next step. On Saturday, May 25, the global March Against Monsanto will take place on six continents, 36 countries, and 250 cities. It is being promoted by a range of organizations and networks, including Occupy Monsanto.

This concerted action comes not a moment too soon. The company that brought us Agent Orange, Dioxin, PCBs (polychlorinated biphenyls), and the bovine growth hormone has been increasingly locking in the food supply by patenting and selling genetically modified (GM) seed worldwide. These have included “Roundup Ready” seed that theoretically allows farmers to apply Monsanto’s Roudup weed killer without killing the produce. Monsanto’s Roundup Ready soybeans are now grown on 90 percent of all soybeans farms in the United States. Though the company claims both this genetic modification and the application of Roundup is safe, scientists have challenged this. Other critics confront Monsanto on ecological and economic fronts, including the fact that genetic modification techniques and organisms are subject to intellectual property law, forcing farmers to buy seed from Monsanto indefinitely once they have begun to use the company’s “property.”

Being contractually bound to using genetically modified seed can have enormous impacts, especially when its effectiveness declines. This appears to have been the case in India, where innumerable farmers using Monsanto cotton seed (Bt cotton) have seen their yields drop. Based on a recent report, the Indian government has warned that cotton-producing states have seen cotton crop yields decline “after the first five years of production.” Problems have included “growing parasite and pest infestations and the need for greater pesticide use, higher costs tied to both the GM seeds and the greater pesticide use, [and] Bt cotton’s heavy water demands which are twice those of traditional cotton crops.”

According to one news account, this has lead to a staggering number of suicides among Indian farmers. The Indian Ministry of Agriculture has stated that “more than 1,000 small farmers kill themselves each month, most of them because of their massive GM-generated debts.”

It was the question of intellectual property that was at issue in a ruling this week by the U.S. Supreme Court that found in favor of Monsanto in a case of an Indiana farmer who planted a second crop in one year without paying Monsanto. This decision came down just weeks after President Obama signed into law H.R. 933, which includes a provision that “prohibits federal courts from banning the sale and planting of genetically-modified organisms, even if they are proven to be dangerous to human health.” The law has been dubbed by food organizations the “Monsanto Protection Act.” On top of this, it was revealed this week that the U.S. State Department and its embassies in more than 100 nations “actively promoted the commercialization of specific biotech seeds, according to the report issued by Food & Water Watch, a nonprofit consumer protection group.”

In Monsanto’s world, the banquet will be a highly regulated and commodified affair, where the entrees are genetically designed and counted, where there’s no sneaking organic fruits or vegetables onto the table, and where there’s no coming back for seconds. There will be as many feasts as people are prepared to pay for, over and over again, but the ingredients will be prepared and delivered by Monsanto, no exceptions. Its party division will be promoted globally by the government and its intellectual property will be assiduously protected by the courts.

Even at this late date, I’m holding out for a different kind of revel. The banquet of freedom, variety, and an unregulated abundance of organic food that has not been disciplined into transgenic shape. How do we get there? There are petitions to sign at Avaaz.org and Change.org. You can also download a new “ethical shopping” app called Buycott that can be used at the supermarket to find out where your groceries come from and to participate in consumer campaigns. Of course, we can all join the global march on May 25. And, if we’re up for it, we can get to work organizing a more organic, inclusive, and unregulated banquet than the one Monsanto has planned for us.

Where is international outcry for jailed Bahraini opposition leader?