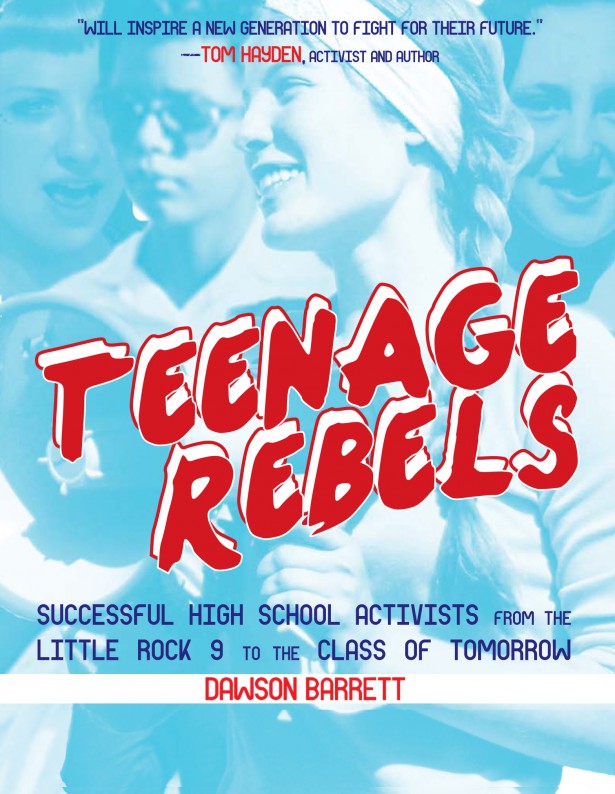 In the fall of 2011, I was a high school student in suburban Maryland. In cities up and down the East Coast, protesters flooded their financial districts and set up camp. I cautiously joined them and unwittingly threw myself into an entirely new world. For the first time in my life, I felt like I had power. In the streets of Washington, D.C., shouting, “we are the 99 percent” at the top of my lungs, I felt like the world was mine.

It was a strange sort of reverse Cinderella story. Every Sunday at 10 p.m., which was my curfew, I swiped my metro card and headed back to the suburbs. I traded my plaid shirts and grubby, salvaged meals, for the strict regimens of high school life, complete with uniforms and structured days. It was like I was living two lives — one, the disempowered, boring life of a suburban teenager and the other, the heady, exciting life of an activist on the edge of something new.

It wasn’t until nearly two years later that I realized those two worlds didn’t have to be separate. As I neared the end of my senior year, I began to read and write about stories of high schoolers who fought for their own rights within their schools.

“Teenage Rebels: Successful High School Activists from the Little Rock 9 to the Class of Tomorrow” offers up the remedy to my predicament. With dozens of accounts of high schoolers rising up, Dawson Barrett paints a picture of teenagers as passionate people with the power to evoke change. He offers a variety of examples from Sybil Ludington’s ride to warn of the British invasion in 1777, to the sit-in movement of the 1960s to a 2009 protest in Norfolk, Virgina against a curfew at a local mall. About half of the case studies illustrate examples of high school students organizing for student power. The other half give examples of students working in tandem with larger movements or organizing on behalf of ousted or threatened school officials. As Barrett points out in the introduction, the protests he writes about were rarely successful. Indeed, his accounts often end short of a result or follow-up. They are glimpses into a certain time and feeling.

The most exciting stories are those that show the way teenagers have supported larger movements, like the 1960 lunch counter sit-in campaign. These stories provide examples of times when teenagers have been at their most effective, working in tandem with larger, organized movements and have been able to see some sort of result from their attempts at resistance. There are also a handful of protests that were ultimately fruitless — like the 2012 walk-outs at Paul Robeson High School, which did not prevent the school’s closing — but are powerful examples of organizing.

All of these examples partially serve Barrett’s purpose — they are inspiring and awe-inducing. The book is exactly what Barrett says it will be — “a book about young people trying to shape the world they inherit.” But the book, like many of the protests it details, lacks the context and follow-up necessary to make this as useful as it could be to the people he aims to inspire. For instance, an account of a 1924 protest in support of a principal whose contract was not renewed for the following year, gets a mere four sentences. There is no mention of the reason his contract was not renewed or whether it was renewed in response to their protests. Barrett simply states that the students were thanked by the principal and asked to return to class, which they did. The story is not particularly inspiring or clear. While some of Barrett’s entries are rich re-tellings of student protests, many fall frustratingly short. “Teenage Rebels” gives a cursory, tantalizing glance at the power of youth movements, but doesn’t do enough to analyze or put them into the context of larger movements. Barrett often offers little advice or history with which to understand these case studies.

The book is sometimes sloppily edited and poorly researched. His entry on Earth Day is entirely confusing. He recalls in three paragraphs what three different schools in Connecticut did for the first Earth Day, celebrated in 1970. Their actions seem standard — encouraging students to bike to school and recycle. Did students play some sort of larger role in the creation of Earth Day? Did they face resistance to their recycling programs? These are the questions that Barrett leaves unanswered. Some protests are afforded a handful of sentences while others get a full two pages, complete with illustrations — seemingly at random. Many of the cases seem like simply clippings from a newspaper article.

Nevertheless, “Teenage Rebels” does provide an uncompromising, thoughtful look at the power and motivations that move high school students and highlights the ways in which their issues are not often taken seriously. Barrett treats high schoolers feelings and grievances as legitimate and worthy of his time — something that the students in these stories were routinely denied. His book is worth reading for the inspiration it provides. In his conclusion, Barrett flips the script, writing “Now it is your turn, dear readers … fight for the schools you deserve.” Armed with this book as an introduction, any high schooler could begin to imagine a school where they could stand up and fight for themselves.

Where is the student movement? Ohio wants to know

A nonviolent lion for justice