A gorgeous bike ride along the Hudson River this Memorial Day took me past West Point. At the front gate, I happened to notice this sign: 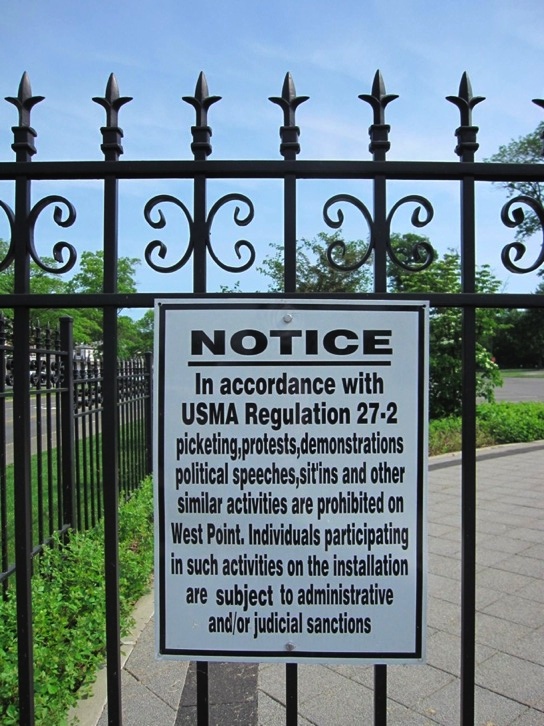 No, we wouldn’t want cadets to know that a great many of those they’re training to protect would prefer not to have the kind of protection they’ve been in the habit of providing.

That said, on the train back this evening, I talked the whole time with two women who just finished their first year at West Point. Both were friendly and eager people—one even has the highest GPA in her class—though it wasn’t clear that they had thought through the decision to attend as much as one would hope. Then again, how could a 17-year-old, or anyone, take possession of a decision like that?

Like many military people I meet, they were quite open-minded. We discussed torture, armed drones, “black sites,” the Iraq War, and just-war theory. They thought it a shame that the humanities—which might make more reflective, empathetic cadets—are so poorly represented at their school.

I wish I had asked them: What does it feel like to pass this sign at the gate when you come to and go from the place you’ve entrusted to teach you about the world?