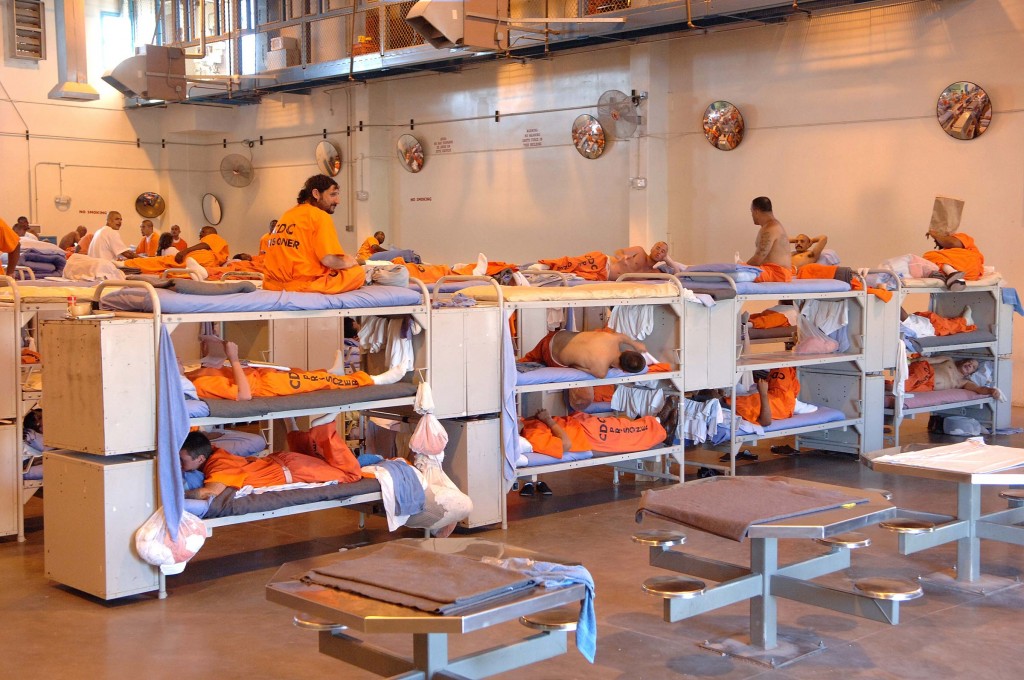 [Editor’s note: This post is revised from a draft that we published earlier today at the author’s request. – ES]

We’re number one. The United States has the world’s highest incarceration rate, five times higher than the U.K.’s and almost nine times higher than France’s (p. 35). One in every 99 American adults, or 2.3 million people, resides in state or federal prisons or in local jails. One in every 31 American adults is involved in the criminal justice system, whether parole, probation, or incarceration.

Despite the exceptional number of prisoners in the United States—indeed, because of it—some states have sought to build more prisons. Current prisons are overcrowded, they say. That’s true. Ohio prisons, for example, hold 50,919 people, but have the capacity for just 38,665. It becomes impossible to provide adequate medical, psychological, educational, or vocational services – or focus on anything beyond food, housing, and safety. Violence also appears to rise.

But there’s another, often overlooked, way to confront prison overcrowding. Instead of building more prisons, we need to reduce the number of prisoners. Advocacy groups like Architects / Designers / Planners for Social Responsibility, with their Prison Alternatives Initiative, have highlighted the counter-productive aspects of incarceration. Lawsuits, criminal justice research, and growing awareness of the increasing costs of incarceration, have spread that message.

1. Legal action: Legal groups have used the Eighth Amendment protection against cruel and unusual punishment to challenge prison overcrowding. In California, after the Prison Law Office filed suit, the court ordered the release of 57,000 prisoners.  The Southern Center for Human Rights recently filed a federal class action lawsuit on behalf of prisoners at Donaldson Correctional Facility in Bessemer, Alabama. The facility, designed for 968 people, was holding 1,681 in December 2008, operating at 173.7% capacity. The lawsuit explained:

Because of overcrowding, three men are crammed into cells that were designed for two. These cells measure approximately 8 x 12 feet. Men do not have enough room to sit upright on their beds or to dress. … The smell of feces often permeates the cells, and overflowing toilets back up into adjoining cells. … Prisoners are packed so tightly into cellblocks that the tension and volatility results in weekly stabbings, fights, and assaults.

2. The criminal justice research also challenges the lock’em-up approach. Incarceration appears to have accounted for only a fourth of the decline in violent crime in 1990s. Drug treatment and school completion programs, meanwhile, have proven more successful and cost-effective than incarceration. In addition, incarceration has significant negative effects—such as fraying family ties and destroying employment prospects—that contribute to future criminal behavior.

3. Budget woes. Some states, facing shortfalls, have sought cheaper alternatives such as greater use of probation and parole, and “specialty courts” that emphasize treatment over incarceration for offenders with addiction, mental illness, or DUIs. These programs save money. The Pew Center on the States calculated that nationally, criminal justice costs averaged $29,000 a year for prisoners, compared with $2,750 a year for probationers and $1,250 a year for parolees. Monitoring probationers in the community is 23 times less expensive than locking them up.

The budget-crisis may be an opportunity to finally do the right thing.

[Image from the California Department of Corrections and Rehabilitation.]