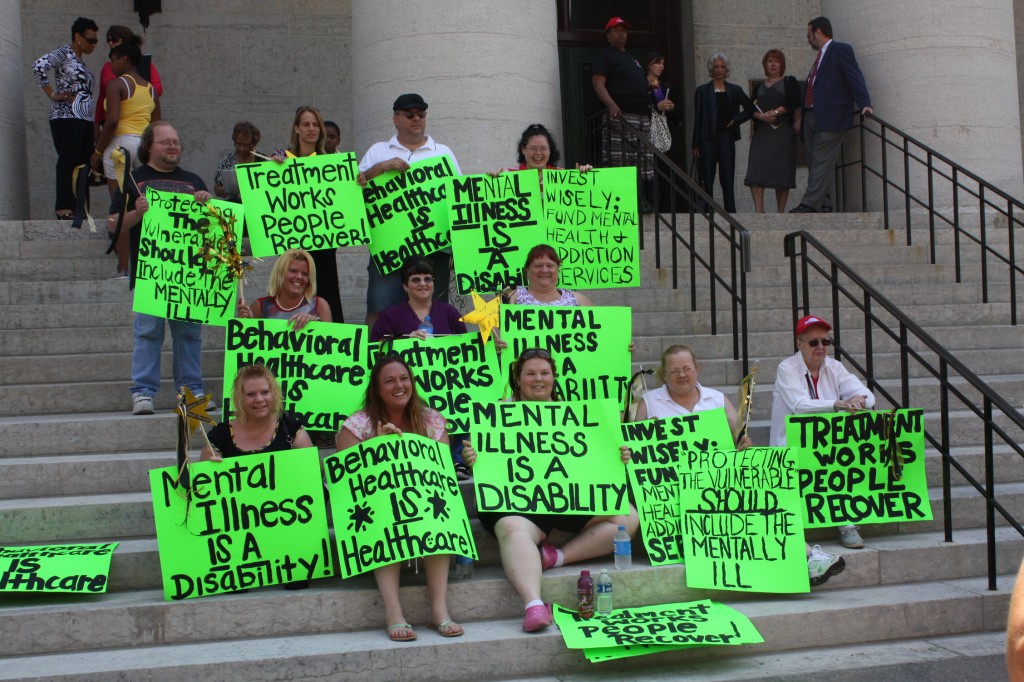 Mentally ill youth routinely suffer neglect and violence at juvenile prisons.  At the Ohio River Valley Juvenile Correctional Facility in rural Ohio, reported the New York Times, a mentally ill teenager screamed obscenities into the padded walls of his solitary confinement cell.  Such scenes are as tragic as they are commonplace.

Disturbingly, the number of mentally ill youth in juvenile prisons is expected to rise – not only in Ohio but in at least 31 other states where legislatures have slashed the budgets of already-strained mental health systems.  These systems provide access to supported housing, medications, case management, counseling, diagnostic assessments, crisis intervention and crisis residential services.

I spoke with a psychiatrist at the same Ohio River Valley Juvenile Correctional Facility last fall while registering residents older than 17 to vote.  He lamented that many of his patients would lose access to psychiatric care when they returned home because their parents couldn’t afford their medications.

A strong community mental health system would defray these treatment costs for families and thus help protect these kids from re-offending for lack of health care.  Research indicates that model community-based mental health services reduce arrests, jail stays, and hospitalizations. Yet last month in its biennial budget, Ohio cut funding for such programs by an astounding 34%.

Before the budget vote, hundreds of advocates rallied on June 24 at the Ohio Statehouse in Columbus, warning that the proposed cuts would come at a heavy price for the state’s vulnerable citizens.  Their placards proclaimed that “Treatment works, people recover.” Ohio legislators did not heed their call.

Predictably, parents, clinicians, and courts have nowhere else to turn but to the juvenile justice system.  But that system cannot handle an influx of mentally ill youth. A class action lawsuit settled last year against the Ohio Department of Youth Services, S.H. v. Strickrath (pdf), revealed unconstitutional levels of mental health care, among other problems, in these so-called “new asylums.”

In this recession, legislators across the country have eliminated programs that support the poor and the mentally ill.  These budget decisions are not inevitable; they are our choices, our responsibilities. When we treat sick kids as criminals, we don’t just set them up to fail but intimate, falsely, that the failure is their fault.

What the Parkland teens can teach Medicare for All campaigners